Taking One for the Team

Ever since I heard that Hillary Clinton was planning to "retire" I've been thinking, what a waste of skill and experience. My thought was that Obama needs a new running mate, one that can handle the stalemated war of Republican and Democrat ideologues, and what better person than a former, and very effective, Secretary of State. Of course it means true sharing of power at the top, but Obama does not seem to be threatened by that, and as evidence he himself appointed his former rival to the position of Secretary of State.

Today the Wall Street Journal Op-Ed piece by Patrick H. Caddell and Douglas E. Schoen, both former Democratic pollsters, ups the ante with their article The Hillary Moment, which suggests Obama should actually step aside for the good of the Democratic party so Hillary Clinton can run for President, their argument being that Obama will not be able to run a positive campaign based on his [economic] record and even if he wins we will still be left with a highly charged partisan political landscape, something he will not be able to change. In effect, President Obama should take one for the team.

While I might agree with his difficulty in achieving bipartisan consensus (and that is why I thought Hillary would be the ideal running mate in 2012), I have a problem with ascribing every economic ill to Obama. It is impossible to prove an alternative reality, but if Hillary had run in 2008 and won, we would not be in a much different economic place. And if McCain won, we would have been as equally bad off, or worse ("you betcha" if you know what I mean). After all, the economic problems leading to today were long in the making: regulatory failures, ill conceived Federal Reserve actions, the housing bubble with the attendant rapacity of investment banking firms, Bush tax cuts, 9/11, and ill-chosen wars in Iraq and Afghanistan. When you live beyond your means for such a long time, it takes years to repair the balance sheet, especially when dealing with one the size of the United States'. It can't be done overnight and it can't even be done in one four-year Presidential term.

Making such repairs without doing further damage to the economy means compromise, spending cuts and tax increases, ones that do not further exacerbate the steadily growing division between the haves and the have nots, the one percenters and the ninety-nine percenters.

Expecting Obama to step aside is to concede an imaginary failure, undeserved and such a concession would only feed opposition blathering. And that is where you come in Hillary, perhaps you will consider taking one for the team by agreeing to become Obama's running mate in 2012.

I continue to have high hopes for the Obama presidency in a second term. Hillary, I still hear America singing. 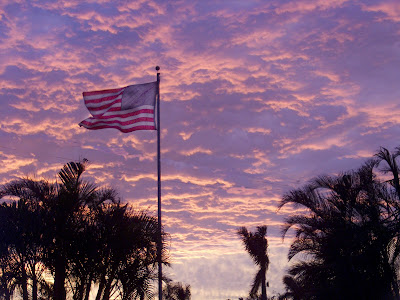 PS: Barry Ritholtz's Presidential Blame & Credit, is well worth reading in conjunction with the above.
.
Posted by Bob at 12:45 PM