I’m still stunned by the Meet the Press interview with Carly Fiorina last week, and how it juxtaposed to an interview on the same program with Hillary Clinton.  Chuck Todd kept Hillary on the defensive over her private server and the missing emails.  Nothing much else was discussed.  He would not let it drop and she answered him to the best of her ability (“I’m not a techie!”), although, admittedly, chameleon-like in many respects.

The interview with Carly Fiorina, in contrast, it was she on the offensive, being able to make whatever claims she wanted (although Todd picked up on those, she simply ignoring the questions and speaking to her well-scripted talking points).  First there was the claim of the existence of a Planned Parenthood tape where fetus body parts were being auctioned.  Todd picked up on that saying, well, the footage you describe at best is a reenactment. The people even-- the people that made the videos admit it's stock footage. Yet, you went right along and said, "It's Planned Parenthood."

That’s an answer to a specific question regarding Planned Parenthood and that footage?

In response to Todd’s comments about her track record at HP, she said: I think people are looking for a president who will run to the problems that this nation faces. Yes, I led HP through a very difficult time. The NASDAQ dropped 80%. Some of our strongest competitors went out of business all together, taking every job with them. We saved 80,000 jobs. We went on to grow to 150,000 jobs. We quadrupled the growth rate of the company, quadrupled the cash flow of the company, tripled the rate of innovation of the company. And went from lagging behind to leading in every single product and every single market. I will run on that record all day long.

How many “Pinocchios” is that statement good for?

In the last “debate” Fiorina denounced one of her critics on her job record, Jeffrey Sonnenfeld who is the senior associate dean of Leadership Studies and Lester Crown Professor of Practice Management at the Yale School of Management.  Of course he was not there to defend his views.  She simply proclaimed that he is a “Clintonite” and therefore his views are false.  Sonnenfeld answered her in Politico, and I just happened to see it today, so I am providing the link to his article: Why I Still Think Fiorina Was a Terrible CEO: She can diss me all she wants on live TV, but personal attacks won’t take her from colossal business failure to leader of the free world.  WELL worth reading and considering.

I had thought that Fiorina was in the race as a logical VP candidate if Hillary does indeed become the Democratic candidate.  Although that still might be the case, I’m not so sure anymore that she will be satisfied with “only” the VP nomination.

Switching gears to one of the major issues of our times, gun control.  I’ve written about this topic before and it is sad that we make no progress in this area and now, still, another mass slaughter, this one at the Umpqua Community College in Oregon.  CNN now reports that the police have identified thirteen (!) weapons connected with the murderer.

As President Obama wearily declared in his news conference, these incidents have become routine in this country and our response is routine:  commiserate with the families and do absolutely nothing to diminish the problem.  Thank you NRA and its obedient congressional cronies.

I’m no Pollyanna when it comes to this subject.  People should have the right to have registered weapons for target practice and hunting, and for self protection (with licensing akin to getting a driver’s license, testing etc.), with stringent background checks before any weapon could be bought.  Assault weapons should be banned.  Would those steps eliminate the problem?  No.  But it’s a start.  On a macro basis, it is a cultural problem (just look at popular culture which glorifies violence and guns), as well as educational and income equality feeding the problem.  These must be addressed as well.  I’ve written several times on the topic, and I’m excerpting a couple here….

There have been twenty mass shootings since Obama became president and he is helpless to do anything about it without the complete cooperation of Congress.  After the shooting in Newton, Connecticut, only a few miles from where we lived for twenty plus years, there was a ground swell (verbal only) in Congress to do something to control the sale of certain automatic weapons, but by the time the NRA got finished with their lobbying campaign, that effort was AK47ed to death.  Explain that failure to the parents of the children slaughtered.

Florida airwaves are chock full of reports of surging gun sales and crowded local shooting ranges before the sword of Damocles (Obama) comes swiftly down.  Interestingly, or tellingly, it is the sales of the AK47 type of military weapons that are selling most briskly and at record prices, soldier citizens plunking down $1,000 or more for their favorite assault weapon.  Apparently, their rationalization for needing a military weapon is, well, for their inevitable confrontation with the US Military.  These particular stalwart supporters of the Constitution (a.k.a. conspiracists) "know" of clandestine government plans to send troops door-to-door to confiscate their booty.  The problem with that is if they are harboring AK47s, perhaps the military might come knocking on their doors with a tank?  Now that's a gun!

In a more serious vein, it's about time after all the empty talk that the Second Amendment to the United States Constitution be brought into the 21st century.  The framers of the Constitution could never have envisioned what now constitutes the word "arms." 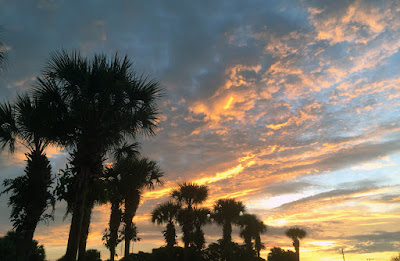