I try to set aside Sunday mornings for catching up on some newspaper reading and to watch political shows such as Meet the Press, keeping my eyes on the page/computer and my ears on the TV, drifting back and forth depending on what I'm reading or hearing. This week's Barrons', which I've read forever it seems (now online, having forsaken the print version), had a remarkably to the point article by Doug Kass, founder and President of Seabreeze Partners, and well-known "short-seller" which echoes some of what I've written about the subject of the growing abyss between the haves and the have not's and its impact on the misery of the middle class. Kass' term for this misery is "Screwflation" (combing inflation with the screwing of the middle class). Here are some of his bullet points although its best to read the entire article:

* Unemployment has exacerbated screwflation's impact on all but the wealthiest Americans.

* Because there are few areas of the domestic economy that can replace the prerecession strength in real estate, a recovery in jobs will be more difficult than in previous cycles. Work related to real estate accounted for nearly 40% of U.S. job growth in 2001-06–almost all of it middle-class.

* [The] rise [ of commodity prices] falls more heavily on low- and middle-income families, who spend most of their money on the necessities of life. Add rising health care, education and other costs to commodity prices, and the result is a poor foundation for growth.

* Difficult fiscal decision...must be made this summer in Washington. The needs to accelerate job growth and to control the federal deficit seem irreconcilable.

* A shallow and fragile domestic economic recovery may be exposed to and be vulnerable to the need to cut spending–but drastic spending cuts will jeopardize the shallow recovery in jobs. Not moving on deficit reduction holds its own risks, of U.S. dollar weakness, soaring interest rates and higher unemployment....Partisanship already makes a real solution less likely.

Kass concludes with some excellent suggestions, but with Washington in gridlock, even on such major issues of raising the debt ceiling, and in the throes of pre-Presidential election rhetoric (see Meet the Press discussion below), one can't be terribly optimistic about implementing them:

* Policies that could help quickly include: extending the payroll-tax cut initiated by the Obama administration; reducing income taxes for the middle class; providing federal funds for infrastructure spending; creating incentives for businesses to make new capital investments; allowing tax-free repatriation of U.S. corporate earnings made abroad, if they are earmarked for the creation of American jobs; the launch of an energy plan that taps domestic resources; and the use of federal-housing financing to slow foreclosures and distressed sales.

Gregory immediately baits the debate with so called "facts:"

MR. GREGORY: All right. Well, let's talk more, let's talk more about the economy in some more detail. This is the president's standing in terms of handling the economy in the public's eye, and it's pretty negative right now. Sixty percent almost, 59 percent, disapprove of the president's handling of the economy . And there are facts that back that up that are difficult for this administration and for the Democrats: unemployment's up 25 percent since Inauguration Day for President Obama ; the debt's up 35 percent, over $14 trillion; a gallon of gas up over 100 percent, with gas $3.75, higher than that in certain parts of the country . Why should Americans trust Democratic governance right now on the economy , and particularly the president's?

The numbers might be correct but one has to wonder about the "cause" of the "effect." Naturally, both Schultz and Priebus jump on their talking points:

REP. SCHULTZ: ...when President Obama took office, the month before he was inaugurated, the economy was bleeding 750,000 jobs a month, David , and we were not headed in the right direction. Now, I know we -- and President Obama has said we have a long way to go . We'd like the pace of recovery to, to, to be picked up. But we have definitely begun to turn the economy around. You, you fast-forward two and a half years later now, and the economy has created 2.1 million private sector jobs, a million of those jobs just in the last six months. We've had 15 straight months of job growth .

Priebus has his talking points:

MR. PRIEBUS: David , the chairwoman's living in fantasyland. We know that the facts are the facts, and we can't get away from that. And Barack Obama is defenseless to the truth on what's going on in the American economy . We have lost as -- two and a half million jobs since Barack Obama 's been president. And of that two and half million jobs, almost 45 percent of those people have been out of work for six months. That number, that number rivals the Great Depression .

Back and forth, your talking points vs. mine. It is a sign of the silly season of an impending election, with the danger that the increasing polarity will result in a stalemate that leaves our economy on the edge of a cliff once again.

But, can they both be "right?" The Bureau of Labor Statistics' Employment, Hours, and Earnings from the Current Employment Statistics survey (National) 2001 -- 2011 confirm that, indeed, we've lost about 2.5 million jobs since Obama was inaugurated, and we've gained almost 1 million jobs in the last six months. But the BLS also shows about 4.4 million non-farm jobs lost in the 12 months before Obama took office. How's that for a talking point?

One can play with all these statistics any which way to "prove" a point of view. The fact of the matter is we had tremendous job growth in the three plus years before the collapse of the economy (and almost the collapse of our entire economic system) in 2008, but those jobs "created" were heavily real estate and construction related during a housing run-up which we now know was merely a chimera. These are jobs that would not have come into existence without the frothy, nothing-down, exotic mortgage real estate market and the complicity of the investment banks and Washington to get those deals done. We simply "borrowed" from the future. Now, those jobs our out of the system with no prospects of returning soon. It is going to be very difficult to have robust job creation if, as Doug Kass suggests, real estate represents 40% job growth without solving our foreclosure and distressed sales issues which is now on such an enormous scale.

And how fair is it to "mark" a President's starting point for job creation as the date of his inauguration? The economy is a leviathan which cannot be turned on a dime. And, by the time Obama was making some headway, he lost control of Congress. Now we have such a polarized government, it is a wonder that any jobs are being created.

And, really, what control does the President have on world oil prices? We could have an army of rigs in the Gulf of Mexico and it wouldn't make much difference in prices as it is a world market for oil. The US cannot effect prices much by creating marginally more supply. Now, controlling the speculative aspect of prices may be a different matter, but financial regulation is habitually resisted by Obama's adversaries.

Finally, the deficit. Does anyone really think that if McCain was elected it would be much different today? President George Bush's 2001 and 2003 tax cuts have been big contributors as well as funding for the wars in Afghanistan and Iraq. Granted, President Obama's 2009 stimulus bill is also in the mix. But that was enacted when the Federal Reserve no longer could cut interest rates (they were already effectively at zero) and there was general agreement that the economy was still in crisis and without a stimulus, it would slip off the cliff again. And one one argues the bill failed to create jobs as intended. No Republicans voted for the act and now that they control Congress, one has to wonder what they will vote for or block. We know the talking points, and Kass makes substantive suggestions, but can Congress even function any longer? 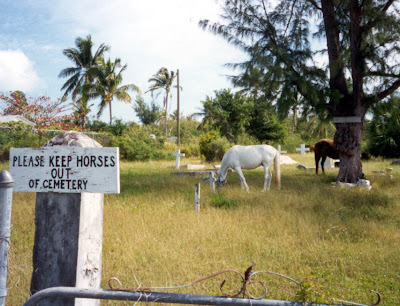