I have my morning routine. It hasn’t varied much through the years.  As soon as I rise, I get dressed for a brisk walk around my neighborhood.  Out the door, I decide on the route, except on Sundays (when my walk takes me to the local 7-Eleven where they carry the Sunday New York Times) and Wednesdays (when I go to the gym to keep tabs on my walking speed and endurance). 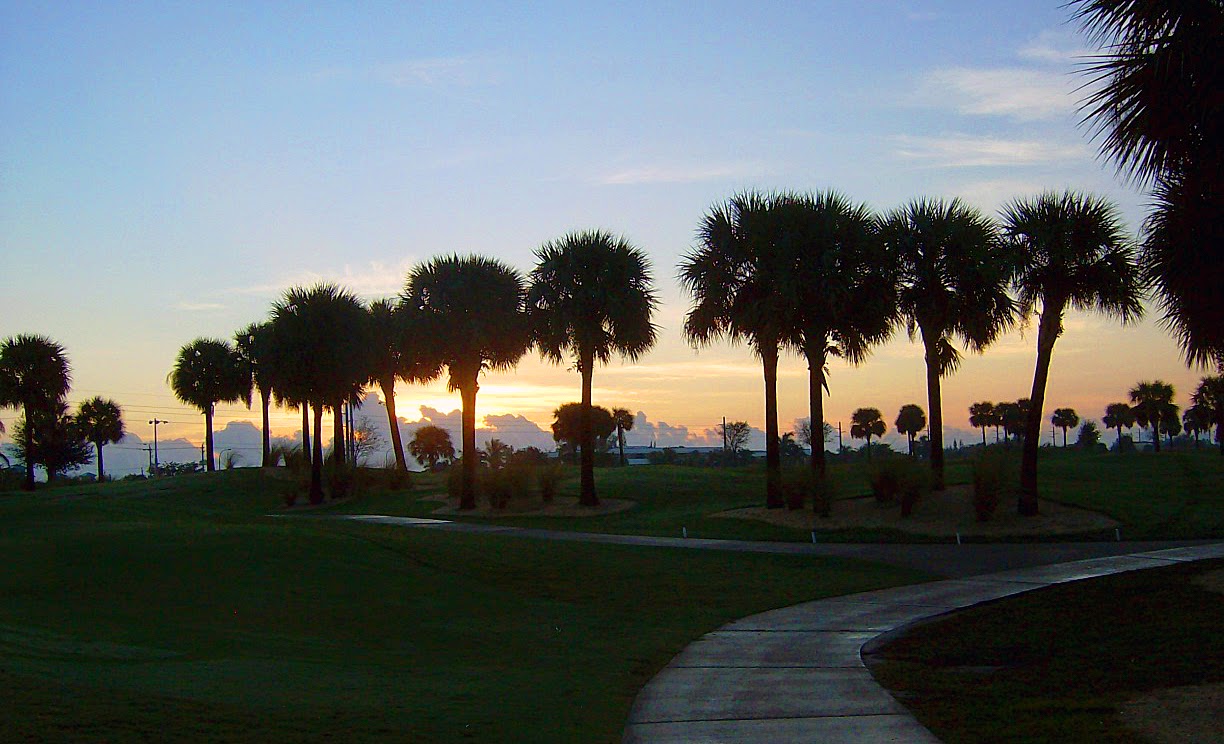 The Sunday walk is my favorite though, crossing a golf course, over to Route 1, and then north to the 7-Eleven.  It is a good match: the store opens early and I am normally underway as the sun is rising.  The town golf course had been redesigned by Jack Nicklaus (a local resident) since I’ve been doing this hike.  Naturally it was dramatically changed by him, but in this case an improvement over what there was before.  The greens, small lakes, and undulations make it a special municipal course. Just a few weeks ago, however, the multilevel diving board adjacent to an Olympic size pool was suddenly removed.  Insurance costs forced the town to do away with the iconic high diving platform.

I’m observant during my walks and notice things out of place.  As I cross the parking lot in front of the golf driving range an older Lexus RX 350 is usually parked there, someone out practicing early.  It wasn’t there this past Sunday as I went on to get the newspaper.  I didn’t think much of it, other than maybe he’s gone for the summer.  I had never met him, only having noticed the car.

I’ve been reading the Sunday New York Times since college.  I can’t imagine getting through a Sunday without it, and I like the walk to get it.  When we first moved here, I had it delivered. But there were frequent delivery and temporary hold problems.  But as I prefer to read the physical paper, not the online edition, I was relieved to find a store in walking distance from our home that carried it.

I entered 7-Eleven last Sunday and immediately saw some things askance.  Sale bins were where the newspapers normally resided.   They never had sales.  The lady who has so graciously handled my “Sunday business” (we’ve had a pleasant, chitchat relationship) behind the counter was joined by two other employees, ones who normally are not there at that time in the morning.  The newspaper rack – now in the back -- was depleted but thankfully there was one copy of the Sunday NYT left.

She detected my consternation and said “you got the last newspaper we will ever have delivered here – the store is closing in a couple of days.”  I was stunned.  “I’ve been coming here for about ten years, every Sunday, there’s no other store in walking distance, are you relocating?”  No, but fortunately she was being transferred to another store, some ten miles away.  So at least she was not losing her job.  For me though I have lost my Sunday routine, one I valued. I wished her the best, knowing I will never see her again.

I began my walk home, searching my iPhone for the next closest 7-Eleven, one I knew I’d have to drive to, but as I would be in the car anyway, I could consider going to the beach for my walk.  Perhaps make some lemonade from lemons?  I found one a few miles away. They answered the phone after a few rings. “Do you carry the Sunday New York Times?”  “No,” click.  I’d have to search more when home.

Crossing the parking lot in front of the golf driving range on the return, I saw that RX 350 pull in and an elderly gent got out.  “Good morning,” I said to the man whose car I had noticed for so many years.  He returned the good morning so I said “you’re late today, I usually see your car and you are already on the range.”  “Got a late start today,” unexpectedly adding, “Where are you from originally?”  (He sized me up as not being a native Floridian; perhaps the Times under my arm was a clue.)  I looked at him more carefully, a little taller than I, thin, in fairly good shape, and I thought maybe ten years older.  “New York City, you?”  “Yeah, I lived there for several years after WW II working for WR Grace.”  “Funny,” I said, “I used to deal with one of their divisions, Baker and Taylor, a book distributor, during their conglomerate days.”

He said he was in shipping logistics after the War.  He didn’t look old enough to be in WW II, so I asked.  “I’m 92,” which shocked me.  I told him my father was a Signal Corps photographer in Europe during the War and he replied “I was first in the European theater and then shipped to the Pacific” (which my father had feared would be his fate after Germany surrendered).  He then said “I’m eligible to be buried in Arlington Cemetery.”  “Such an honor,” I replied “but I think you have at least another ten good years before having to think of that.  You’re in great shape, still teeing off every Sunday!” He chuckled.  Briefly we looked at one another in silence.  The sun had finally risen above the trees.

I said, “Memorial Day is next week and my father will be very much on my mind, and I, for one, am grateful for your service.  Just want you to know that.” “Thanks,” he said, “it’s a sad day for me, remembering my buddies, some who died during the war and then the others who I’ve simply outlived.”  As he gathered his clubs from the back of the car he cheerfully said, “well, hope to see you around another Sunday.”

No sense telling him that this was probably my last Sunday walk by the golf course, but it put my inconsequential change issue in perspective.  “Yes, see you around,” I said as I walked across the golf course, with the last paper delivered to a store that is vanishing and Memorial Day on my mind.

Tryst – Trust and Betrayal at Dramaworks 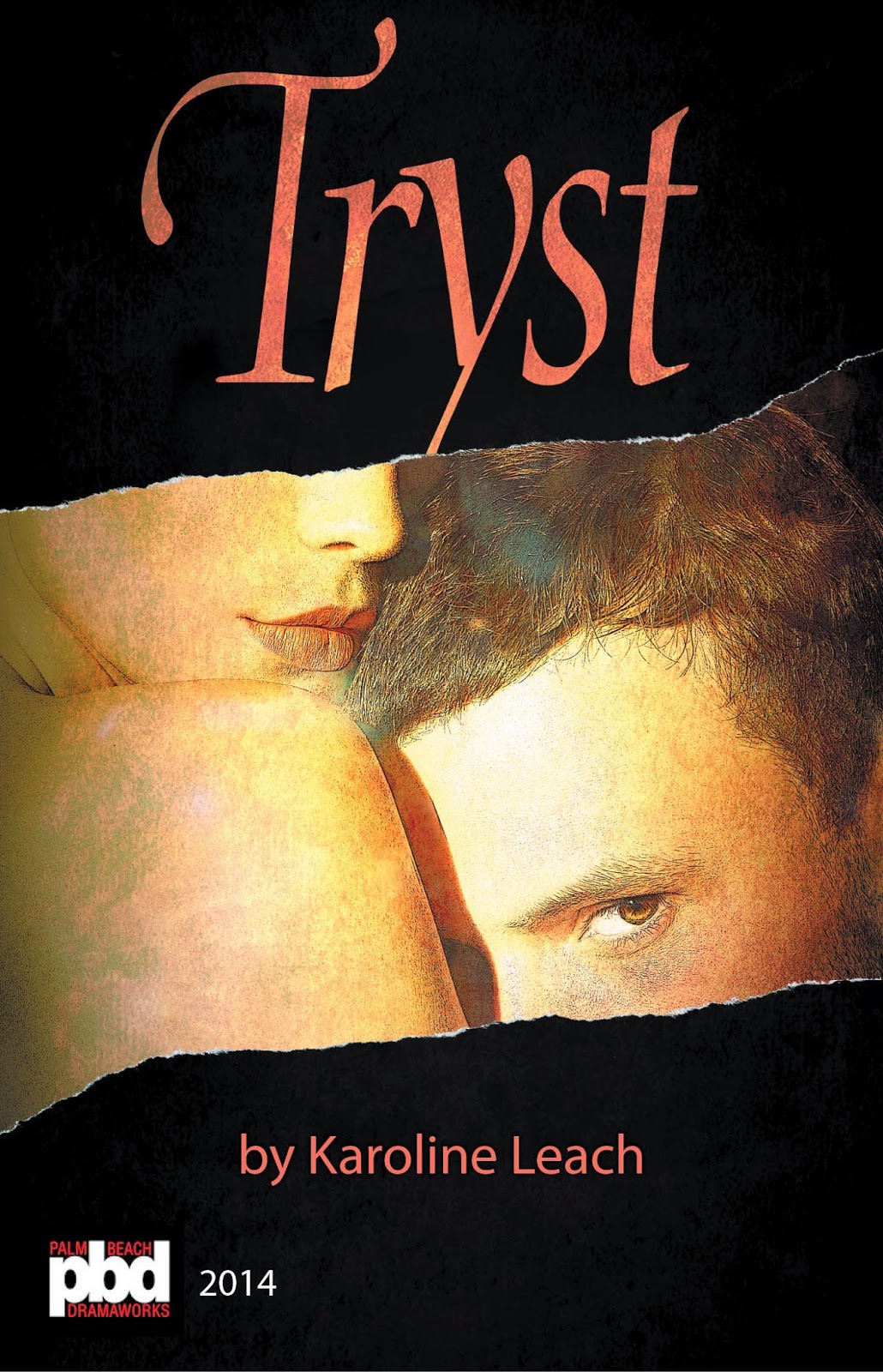 I normally review the Dramaworks productions in some depth, but this is a more abbreviated commentary as we did not attend our usual first preview or dress rehearsal as Dramaworks refers to it.  Instead, we had the pleasure of attending Opening Night, so I will look forward to reading what the pros have to say just like everyone else.

But we did attend our usual luncheon with the cast at Dramaworks, after which the play was discussed by the actors and the always knowledgeable and charismatic director, J. Barry Lewis, who pointed out that Tryst is somewhat of a departure for Dramaworks.  It’s not a well-known classic play. But judging by the opening night, it was produced with Dramaworks’ usual careful detail to scenic design, costumes and lighting, bringing out the best the play has to offer.

And it’s an unusual play because of the characters’ interaction with the audience, breaching the fourth wall frequently, perhaps more in touch with the audience than with each other, pleading their cases.  As Mr. Lewis explained, it used to be called “story theatre,” the actors speaking directly to the audience.   The overarching themes of reality perceived vs. reality, the struggle between the masculine and feminine, and trusting one’s heart, resonate continually. The play is set on the eve of the women’s suffrage movement in England further highlighting these issues.

Actors Jim Ballard and Claire Brownell discussed the differences between a “two-handed play” and an ensemble production, particularly the enormous burden it puts on each actor to carry half the play, both on stage for two hours without relief.  Even the rehearsals are intense as there is no downtime for the individual actors as in a larger production.

The multiple scenes in the play require the audience’s involvement, the actors creating the beginning of the illusion, along with sound effects, lighting, and the swift changing of props, and the audience having to fill in the rest. Don Thomas, who did the lighting design, said he chose to see the story through the eyes of the cad, George Love, played by Ballard.  As Thomas said, “he isn’t pretty and the lighting conforms.” And side and overhead lighting is extensively used to create shadows (portraying the dark side of the play).  The first act alone has some seventy lighting changes.

And indeed the production seemed to meet all the standards discussed at the luncheon, a two character play that holds the audience spellbound in its melodramatic grip, set in the period Ann and I enjoy so much, early 20th century England during the times of PBS’ Mr. Selfridge and Downton Abbey!   The costumes and the set perfectly capture Edwardian England.  Its premise is universal; a con is a con is a con, for monetary gain or in capturing a trusting heart, there is a “Mr. Love” predatorily waiting to take advantage of the weak.  Sometimes, and delightfully for the audience, the predator is exposed.

The two hour production, with an intermission, flies by thanks to the skillful direction provided by Mr. Lewis and the compelling performances of Dramaworks’ veteran actor Jim Ballard as George Love and Claire Brownell as Adelaide Pinchin in her second appearance at the theatre.  In particular, Ms. Brownell inhabits the role of the demure Adelaide, who, during the course of the play, with prodding by George (although that is not his altruistic intention), begins to find her own inner strength while George’s perceived charismatic force and ulterior motives are revealed.  Indeed, they discover a commonality of abuse they both suffered from their fathers which has crippled both of them in profound ways.

Playwright Karoline Leach uses a number of contrivances to bring the play this far.  It would be a spoiler to list them, but the conclusion, in my opinion, which some found disturbing, fits the essence of what was revealed on stage, and how the characters were changed by one another.  Is Tryst great theatre?  No.  But between the acting and the production elements, Dramaworks’ version is well worth seeing.

The production is directed by Resident Director J. Barry Lewis, and features scenic design by Jeff Modereger, costume design by Brian O’Keefe (whose costumes were designed not only for the period, but for the fast changes that take place on stage), lighting design by Don Thomas, and sound design by Rich Szczublewski.  A special mention should be made of the work of the dialect coach, the renowned Gillian Lane-Plescia who indeed helped make the characters sound like they are from their appropriate Edwardian English class (although George is feigning his), enhancing the production’s verisimilitude .

Perhaps I would have written a more detailed review if I was in my usual “reviewing mode” but opening night interceded!  Ann and I agreed it was delightful to attend this occasion with the generous librations and delicious spread of tasty treats, but especially the affectionate accolades for actors, staff and crew: all so well deserved by Dramaworks, a threatre with a vision -- and mission accomplished for the 2013/4 season.  We are looking forward to next season!