Or, as a friend of mine from my academic publishing days called it, feces into thesis.

The political circus is almost on full parade now but when it comes to the economy I can neither give Obama credit nor condemnation. The news media, the Republican candidates, and the administration are obsessed by citing statistics to justify their positions, and if you think you've heard it all, it is just the beginning of stream of consciousness blather. But the fact of the matter is the economy was in a swoon, a serious one, before Obama took office and continued on that route for a while before stabilizing and, even, growing.

Capitalism is a story of inherent cycles. The Federal Reserve was devised in part to mitigate the extremes of the cycles. Unfortunately, the Federal Reserve failed in that mission with the beginning of the 21st century, thanks to the hubris of Greenspan. At the bottom of the crisis in 2008 he confessed to Congress: “I made a mistake in presuming that the self-interests of organizations, specifically banks, were such as that they were best capable of protecting their own shareholders and their equity in the firms. Free markets did break down, and I think that, as I said, that shocked me. I still don't fully understand how it happened or why it happened.”
It is amusing to hear all the political rhetoric now that, for the time being, we seem to have been able to drag ourselves off the cliff of a depression. Harking back to those dark days of 2008/9 the CNBC cheerleaders looked stunned most of the time as the Dow was flushing like a broken toilet. Now the market is up about ninety percent from its low and jobs are slowly coming back (agreed, way too slowly, but this is a different kind of recession and a different kind of recovery) and everything is cheery at CNBC except for their opinion of Obama.

The Federal Reserve policy is just one component of the crisis and one can add to the mix the expense of overseas wars, the housing crisis, deregulation (yes, see what Greenspan admitted to above), private profit at public risk, governmental gridlock, all of this exacerbated by normal economic cycles. Oh, also add the multi-generational lack of an energy policy to this colossal conundrum.

The Republicans say that by now Obama "owns" the economy, as if a switch was thrown when he was inaugurated and a dial was set for about three years, the onset of the next Presidential election cycle. Unfortunately for him, he too misunderstood the magnitude of this unprecedented economic cycle, saying the following in an interview only days after he took office: "A year from now, I think people are going to see that we're starting to make some progress, but there's still going to be some pain out there.... If I don't have this done in three years, then there's going to be a one-term proposition." Romney et al have eagerly seized on this gaffe. Expect to hear it over and over again in the next ten months. Likewise, expect to hear Romney's (the presumptive Republican nominee) recent comment that he "likes being able to fire people" over and over again. Sound bite vs. sound bite reverberating on the airwaves thanks to the endless resources of Super PACs.

When it comes to job creation (or erosion) there are limits as to what a mere president can do in a relatively short period of time given economic cycles and the severity of the present crisis. That Romney created or uncreated jobs in the private equity arena is of no particular advantage unless he has the cooperation of Congress with smart policies. Likewise, Obama has little control over jobs without cooperation and policy agreement. It is preposterous to assume that Romney is any more qualified that Obama simply because he worked in private equity. I ran a publishing company for thirty years; that ought to make me more qualified to deal with the economy!

And those policies have to consider the vice grip closing in on this unique moment in US economic history: baby boomers are reaching retirement age at the rate of about seven each minute of each day for the next two decades, expecting the promises of Social Security and Medicare. We all know both sides of the equation have to change, how entitlements are doled out, and how revenue must be raised. This is not something that can be achieved by a Presidential Executive Order (although at times I think our dysfunctional Congress needs to be replaced by a benign dictatorship).

The Republicans do not talk about areas where Obama successfully functioned without having to negotiate with Congress, such as his role in planning Osama bin Laden's death. Remember when John McCain promised voters (in 2008) that he "knows how to capture and bring to justice Osama bin Laden"(although at the time that was a secret he was not going to share with anyone unless elected)? They didn't have the economy to blame on Obama then, so it was his foreign policy "inexperience." Bin Laden sharing the bottom of the North Arabian Sea with the fishes came with no help from Congress, thank you. In spite of his inexperience Obama had the wisdom to send in Navy Seals rather than taking out bin Laden with a drone strike to have proof it was indeed him.

So let the games begin. Blather into matter. Feces into thesis. 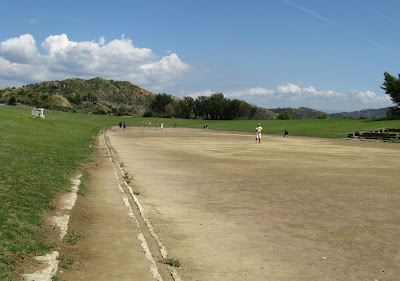