Someone asked whether I had a picture during my hippie years, when I sported nearly shoulder length hair and a Fu Manchu mustache. This led me to photographs of that time, when we bought our first home in Connecticut, on Rabbit Hill. If that sounds familiar, it is the same location that inspired Robert Lawson’s famous children’s book of the same title, published only a couple of years after I was born. Lawson had lived on the Hill. This in turn led me to think about those days, how different they were, a new career and home, the breathing in and out of energy and expectations. 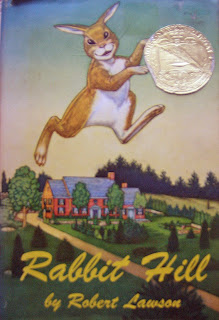 We bought that Rabbit Hill home after having rented across the road on Sipperley’s Hill. I can still remember reading the Westport News, spotting the ad for the home and saying to Ann, “Hey, that’s just across the road.” We had been married the year before, my coming to the marriage with college debt, alimony, and child support (I was a fine catch). Between the two of us we had finally saved what was then required to get a mortgage in those days, about 25% of the purchase price, a far cry from zero down of the recent credit bubble. This first home had two small bedrooms and one bath, a prefab that had been built before WWII, which nonetheless was on two of the most beautiful acres of mostly pine trees and rolling hills.

Rabbit Hill Road itself was a little cul-de-sac private road on which four homes stood, three small homes (including ours) and another larger one, probably the original home on the road. It was 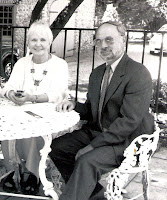 thought that had once been owned by Max Shulman as his name was on the deed for the private road. Shulman was the author of Rally Round the Flag, Boys! that was made into a film starring Paul Newman and Joanne Woodward; and filmed in Westport.

We did not know at the time we were also becoming “neighbors” of the Newman’s who lived east of nearby Weston Road. When Ann collected for the United Fund she was “assigned” their home and Joanne Woodward was very welcoming. Towards the end of my career, I had the privilege of working with her on the publication of Westport, Connecticut: The Story of a New England Town's Rise to Prominence for which she graciously agreed to write the foreword. She was personable and we chatted about buying our first homes in Westport, as friendly neighbors would. 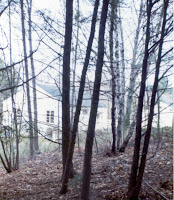 Rabbit Hill is off of Ford Road, which runs along the upper branch of the Saugatuck River. At the bottom of the hill is a waterfall which we could easily hear on tranquil summer nights with our windows open. There is a fresh water pond above the waterfall where we would swim on languid summer weekends or at twilight after work and before dinner. Between the waterfall and the wind moving through the adjoining pine forest, nature’s steady hum became our constant companion. At times we would walk through the pine forest to a clearing where we would just lie on the ground to take in the sky and the sounds. It was quite a change for someone who lived in the city.

When we saw the ad for this home, we were not even thinking of 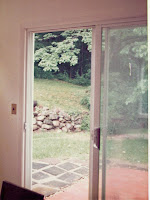 buying but we loved where we rented and as with most big decisions in our lives we were impulsive. After all, across the street meant it was meant to be. So with everything we had saved, in July 1971 we put down the required deposit and secured a 7-1/2% mortgage that would be paid off completely in 1996, so far in the future it then seemed like a long slide into eternity, and we bought our first home at 5 Rabbit Hill Road.

This reinforced our commitment to Connecticut and so we finally cut our long-standing ties to New York, giving up our rent-controlled apartment at 33 West 63rd Street. Ann also abandoned her NYC commute, leaving the publishing industry, and secured a job with an advertising agency in New Haven.

Buying a home brought out the nesting instinct, fixing up the house and making a trial run at 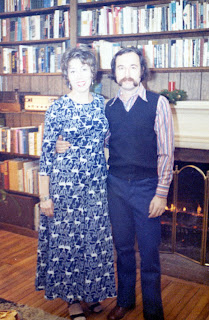 “having a baby” by getting our first puppy, a Miniature Schnauzer. We painted, and I built a bookcase on the wall that had a fireplace, not only for our books but also to house the Fisher Stereo system I had bought from Avery Fisher himself as my father photographed their equipment and I was able to buy what was at the time a top of the line amplifier and speakers, wholesale, to play our 33 LPs.

When we had custody of my son Chris, during Christmas or for part of the summer, I would fly out to Indianapolis to accompany him on the flights. It was the Rabbit Hill experience that contributed to our mutual longing for him to live with us, although that would not take place until he was beginning high school.

It was a simpler time, no cable TV, Internet, Twitter, Facebook, cell phones or even portable phones, personal computers, digital anything. No passwords! All in the Family was the #1 TV show and I associate our Rabbit Hill days with the music of Carole King and Credence Clearwater Revival. But they were inflationary

years, President Nixon ordering a 90-day freeze on prices and wages as the inflation rate approached 6%, the consequence of continuing to fund the disastrous Vietnam War that still dragged on.

In fact, that same year we saw Dalton Trumbo’s movie, Johnny Got His Gun – perhaps the most gripping anti-war movie ever made, clearly a reaction to the inanity of the Vietnam conflict. A WW I soldier, played by Timothy Bottoms, is severely injured and emerges to consciousness in a vegetable state at a VA hospital. The only thing that functions is his mind and the action is passively viewed through his eyes and thoughts. His single wish is to terminate his life, but it is prolonged, and he is doomed to live like that for the rest of his life. I’m still affected by that movie so many years later.

In spite of the Vietnam War, the federal debt had not even doubled since the end of WW II, standing at “only” $408 billion, but that represented about 37% of the gross national product and today that is approaching 100%. To put those numbers in another perspective, a gallon of gas was then a mere 36 cents and the US population was 100 million less than today’s.

It seemed like we would stay at our Rabbit Hill home for the rest of our lives, but after expanding the kitchen to accommodate a small dining area, we concluded that it would be too expensive to expand the bedrooms, and we would be better off to buy a larger home. Ann was pregnant at the time, but that would later end in a miscarriage. We put our first home on the market in the spring of 1974 and the first couple that looked at it bought it – as I recall the husband had lived on the road when he was a kid and wanted to return. Sometimes I now feel that way as well. Off we went to neighboring Weston, to a larger ranch, and there we would live for the next twenty-one years, at which time we moved again to a home on the Norwalk River.

When we sold that last home in Connecticut, the closing was on a beautiful day in late May. The trees were now almost fully burdened by the summer’s leaves and the air was oppressive with blooming flora. Ironically, the buyer’s attorney’s office was in a building that used to house an embalming supply facility, one that had been turned into upscale offices, a building which was at the bottom of Rabbit Hill Road, overlooking the pond where we used to swim. So, we went back in time to go to the future. We made one last visit to our original little house that day, just by driving into the road and slowly turning around. A second story had been added on and the owners had pushed out as well. The house was now unrecognizable to us. But the stir of the wind in the pine tress and the surge of the waterfall were unambiguous reminders of those Rabbit Hill days.
Posted by Bob at 10:48 AM