I guess this is becoming a routine – “reviewing” plays presented by Dramaworks before the critics – based on the first preview performance. Therefore, to be fair to Dramaworks, their talented directors, staff, and actors, I will repeat what Bill Hayes, Dramaworks’ Producing Artistic Director, said before the show: “a preview is a rehearsal.” And, indeed, last night Beth Dixon who carried the main role of “A” in the play, did call out “line” to the prompter a couple of times, but this was done so within context of her monologue, I would bet that there were members of the audience who were not even aware it was happening.

The other evidence of it being a preview was the play’s director, J. Barry Lewis, who I noted was sitting in the back, taking copious notes during the performance, presumably to identify subtle tweaks he would still like to make but, to this untrained eye, I can’t imagine where the room might be for substantial improvement.

Dramaworks bills itself as “Theater to Think About.” In my case, particularly with this production of Three Tall Women, it’s more like theatre that thinks about me. Maybe it is their knack for choosing pieces, or it’s the fact that anyone from a dysfunctional family (the “me” in this case), by definition, comes from a “story” of what makes interesting theatre. What point is the point writing about characters not in conflict, those who do not feel wounded, and who are not constantly striving for redemption?

With Three Tall Women, a 1994 Pulitzer price winning play, Albee comes to grips with his adoptive mother, and the process and mystery of ageing, so it is both a very personal work for the playwright and a philosophical tour de force about the universality of life’s inexorable path. The three female characters, “A,” “B” and “C” in the first act are three distinctive characters, an elderly woman, her caretaker, and her attorney’s representative, aged 92 (or 91), 52, and 26. In the second act they become the three faces of the same person (A) at different stages of her life, speaking to one another about her (their) life, recounting many of the regrets and some of the happiness. It is a platform for recriminations, at one emotional high point in the play, A, B, and C “denying” each other as well as A’s son who makes a speechless appearance at his mother’s deathbed. It is the perfect conceit for Albee to come to an emotional reconciliation about his own life.

It is also the perfect vehicle for Albee’s thoughts on the vicissitudes of aging, the loss of friends, either through death or simply change, The twenty six year old version (C) is particularly horrified to learn what awaits her in the future, wondering “why aren’t we told?” (about ageing, illness and dying) to which B’s response is “if we were taught that in school, the streets would be littered with adolescent corpses.”

Dramaworks captures this work beautifully, passionately, powerfully, the three actors Beth Dixon (A), Angie Radosh (B), and Gen Rae (C) at the top of their game. Beth Dixon has the most difficult role, having to carry most of the dialogue in the first act. Radosh’s and Rae’s performances are memorable and distinctive as well. Chris Marks makes a moving appearance as “The Boy,” the speechless recipient of his mother’s derision. Although this was a preview, it had great pacing, not one self-conscious moment on stage, a tribute to the directing of J. Barry Lewis. This is the kind of play that could be effective even as a reading, but Dramaworks has gone all out with wonderful scenic and costume designs.

It is amazing that Three Tall Women comes on the heels of the soaring production of David Mamet’s American Buffalo. One wonders how Dramaworks can have such repeated successes. It begins with their selection of properties; indeed, theatre to think about. (Next season’s plays include Candida, Freud’s Last Session, Dinner With Friends, and The Beauty Queen of Leenane.) Then the execution is flawless, Dramaworks always finding superb actors and support crew. There is also the intimate space of their theatre, which makes the audience feel part of the production. Hopefully, when the theatre finds a larger venue, that sense will be preserved.

My thanks go to Dramaworks for bringing great theatre to southern Florida!
Posted by Bob at 7:14 AM

I haven’t done this in awhile, in fact not since December 2008 as the Dow was rushing towards its low during this recession – that is to highlight some of the headlines from the Wall Street Journal, anecdotal evidence of where the economy and the market might be heading. Back then we were in the thick of it, virtually every headline pointing to fraud, bailouts, bankruptcies, and rising unemployment.

Today, while the Dow basks in the glow of massive liquidity injections in a low interest rate environment, approaching 11,000 as I write this, and investment bankers are rewarding themselves with record bonuses, the economy swims on against the tide of high unemployment (much higher than reported), kicking the state/municipal finance crisis down the road, and rising foreclosures. (We still wait on the consequences of future resets of adjustable rate mortgages.) No one really has an idea of how this will resolve. The CNBC cheerleaders are on the side of a continuing rising market, while there is no shortage of Armageddon forecasters who advise buying gold and farmland and head for cover. No forecaster I, but we seem to be moving from headlining the symptoms, and are getting more to the heart of the matter. It’s interesting that “Fed Chiefs Hint at Low Rates Possibly Into 2011” can be juxtaposed to “Mortgage Rates Hit 8-Month High of 5.21%,” perhaps an indication that the government has less control over the outcome than it did when this crisis began. From today’s Wall Street Journal:

Foreclosures Hit Rich and Famous
Houses with loans of $5 million or more will likely see a sharp rise in foreclosures this year, according to a RealtyTrac study.

States Skip Pension Payments, Delay Day of Reckoning
The deferrals come as pension experts say the funds need the money more than ever

Cash Crunch Will Force Governments to Do Less 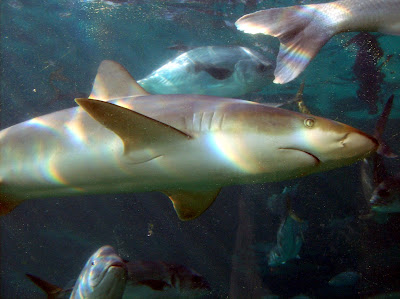