Running Through the Jungle

That jungle is here. The U S of A. The conservative mind would like us to believe that we'd all be safer carrying a weapon (or at least, "feel" safer). When John Fogerty wrote (and the Creedence Clearwater Revival recorded) his prophetic 1970's, Run Through the Jungle, it was thought that, along with many of his other songs, the jungle he was referring to was Vietnam. Wrong. It was his plea, still unanswered, that some gun control sanity transpires -- here. The lyrics refer to 200 million guns -- then the population of the United States....

Run Through The Jungle

Whoa, thought it was a nightmare,
Lo, it's all so true,
They told me, "Don't go walking slow
'Cause Devil's on the loose."

Over on the mountain
Thunder magic spoke,
"Let the people know my wisdom,
Fill the land with smoke."

Now, only forty years later, there are 300 million people who could be armed, locked and loaded. Wouldn't you feel safer?

And toward that end, in Florida we have "Stand Your Ground," Yeehaw!!!

With the tragic killing of unarmed Trayvon Martin, by a "crime watch volunteer," George Zimmerman, Florida's "Stand Your Ground" provision has proven to be the gun-slinging cowboy's best friend. This NRA supported measure says "a person who is not engaged in an unlawful activity and who is attacked in any other place where he or she has a right to be has no duty to retreat and has the right to stand his or her ground and meet force with force, including deadly force if he or she reasonably believes it is necessary to do so to prevent death or great bodily harm to himself or herself or another or to prevent the commission of a forcible felony." "Reasonably believes?" Does a hooded black youth give cause to "reason?"

Life imitating art? It conjures up the Bertolt Brecht play, The Exception and the Rule, a parable for these times, in which a merchant hires a coolie to help him cross a desert to close an oil deal, but near the end of the journey, when the exploited and abused coolie offers his boss some water, the merchant mistakes the gesture for an attack and shoots him dead. He is put on trial but acquitted as the court concludes the merchant did not know the coolie meant no harm and therefore the killing was pardonable. If the one with power kills, he may do so merely out of fear. One has to be armed to have that power and Brecht saw that as an issue in class warfare.

Let's escalate this insanity further. Guns in classrooms. The Colorado Supreme Court recently upheld a state law that allows residents to carry concealed weapons, finding that the University of Colorado's campus gun ban violates the "law." Colorado is not the only state with such a law and guns are not the only "approved" concealed weapons. In some states such weapons "may" include one or more of the following: Brass knuckles, Slingshots, Martial arts weapons, Knives, Swords, Spears, Daggers, Clubs, Electronic dart guns, Blackjacks, Sand bags, Razors. Sounds like a scene from West Side Story or Blackboard Jungle. Or something out of Medieval "Fechtbuchs." Including "sand bags?" Ouch!

My old college buddy, Bruce, who was the chairman of a high school English Dept. in Massachusetts, and also a Vietnam vet who knows first-hand the consequences of brutal gun force, was stunned to read Jeff Jacoby's March 21 piece in the Boston Globe, A Safer Society with Guns

With forced logic and anecdotal statistical evidence, Jacoby happily concludes that it is OK for students to carry guns, as "having a gun makes many people — for good reason — feel safer." Yeehaw!!!

In disgust, Bruce dashed off a letter to the Globe, but as his comments are steeped in sarcasm, perhaps the Globe thought it disrespectful and elected not to publish it. Legacy media ought to rethink its policies if it is to survive. Here is Bruce's response....

Thank you, thank you, Jeff Jacoby, for standing up for a student’s right to carry a concealed weapon. We’ve known all along that such sound arms policy would only make our schools and our nation safer, kinder and gentler. As a teacher, I have always advocated that my students be able to carry concealed weapons.

Though I live in Massachusetts where the benighted populace still prevents students from carrying concealed weapons or even visible ones (typical liberal policy that ignores the need we all have to defend ourselves in the classroom—Obama’s fault for sure), I can finally hope that one day I will be able to teach in Colorado. In the meantime, I can only hope that perhaps among my students are an enlightened few, who are courageous civil libertarians, carrying concealed weapons in defiance of Massachusetts law.

I myself would like to be able to carry an M16 in the classroom or perhaps an M60 machine gun, and I dream of the day when this will be possible. To be sure, I would not be concealing those weapons but would be using my desk in the front of the room to mount the M60. (I note here that large arms carrying laws across the nation need to be changed. We vitally need to be able to carry automatic rifles and other large arms, locked and loaded. But that’s an issue for discussion at a later date.) As for myself, I could work out some camouflaging technique if we can get some reasonable laws passed for concealment. With columnists like you Mr. Jacoby leading us out of the unarmed wilderness and with, I’m sure, the backing of the NRA, perhaps all students and teachers will one day be armed.

Thank goodness for the sound reasoning of the conservative voice backed by the statistics you gave us showing reduced crime and kill numbers in jurisdictions where people can carry. Thanks for not showing statistics from other pusillanimous societies that haven’t the courage or the manhood to carry. Who would want to know that those sissy societies don’t kill nearly as many men, women or children with firearms as we do? Thanks for knowing what in addition to weapons needs to be concealed. Thanks, and thanks again. 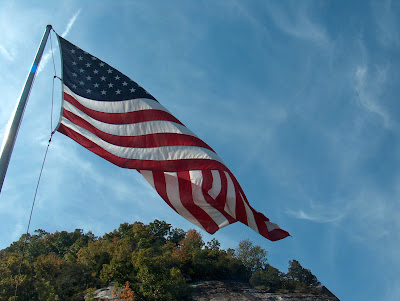