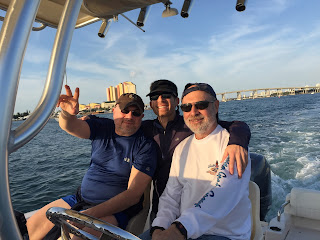 What delightful serendipity, going out on my boat with “the kids” before the end of the year, on the Intracoastal, and encountering JFK’s Presidential Yacht, the Honey Fitz a 92-foot motor yacht built in 1931 by the Defoe Boat Works in Bay City, Michigan.  Although five US Presidents have cruised the vessel, it was JFK who took to her and thus the vessel will forever be associated with him. The full story is recounted by the JFK Library.  The Honey Fitz is stately, classic, and apt for the time when the Office of the Presidency was as well. 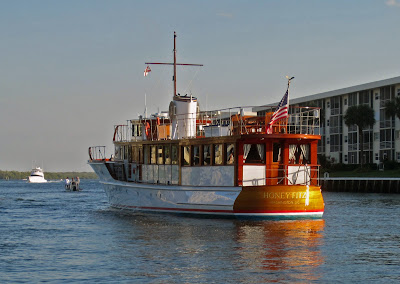 Our preNew Year’s cruise took us around Peanut Island and past the Kennedy bunker on the island, built for him during the cold war and was in readiness during the Cuban missile crisis.  His part-time home in Palm Beach mandated the bunker which can still be visited.  See this nifty one minute video for the full story and to see the interior.  Undoubtedly, the furnishings are too primitive for the President-elect (alas, nothing gold-plated).

After the Honey Fitz was retired for Presidential service, it finally became a charter vessel and the full story of how it was refitted to meet Coast Guard specifications for such use is told here.
http://www.powerandmotoryacht.com/refit-and-upgrade/preserving-jfks-yacht-honey-fitz 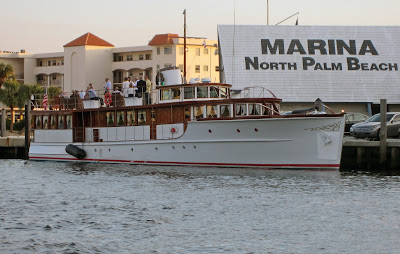 We closed out the year by watching the last sunrise of 2016 over the Atlantic.  Hopefully, 2017 and the next four years will be good to all. 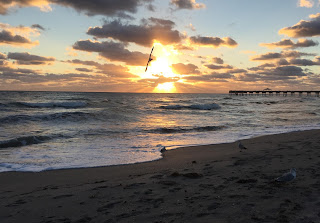