A Musical Soiree at Dramaworks 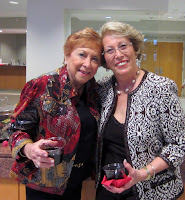 Last night the Dramaworks faithful were treated to a special night, sponsored by the Dramaworks’ Theatre Guild, “A Musical Soiree” with Evans Haile, concert pianist and an advocate for the arts.  Proceeds from the event were dedicated to refurbishing the theatre's marquee.  It was also a special night for me as the co-chairperson of the event was my wife, Ann, and the other was our dear friend Joyce Reisman.  Together, with the help of the Council members of the Guild, they cooked, baked, and set up a feast for the lucky attendees, so many delectable dishes that most thought it was an elegant catered event.  If one could see our kitchen beforehand, it clearly demonstrated that the best caterers are members of the Guild themselves!  It is grass root support for one of the best regional theatres in the country. 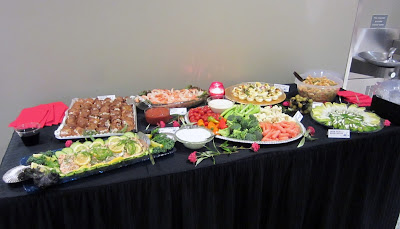 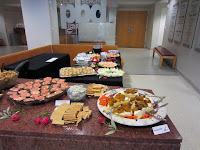 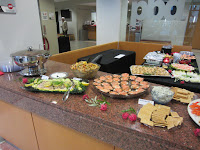 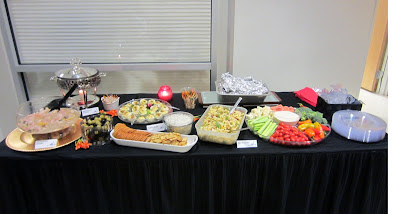 After way too much food, we were treated to the piano virtuosity and wit of Evans Haile who between an interesting and humorous narrative performed some well known pieces by Frederic Chopin, Claude Debussy, and Franz Liszt and some not so well known pieces by composers he has a particular interest in, Moreau Gottschalk, and Ernesto Lecuona. I was wondering where one of my own favorites, Gershwin, might fit in.  Naturally, he concluded with Rhapsody in Blue! 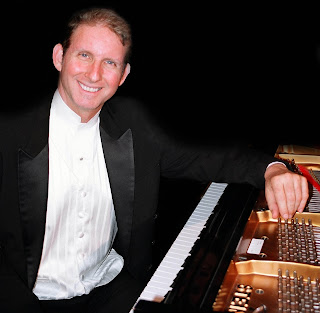 As an amateur pianist myself I asked him afterwards whether he was exhausted after such a virtuoso performance and he said he simply felt invigorated, although the difficult part is just getting into the performance initially. You wouldn’t know it when he first jumped into an interesting piece by the American composer, Gottschalk, written at about the time of the Civil War.  Haile reminded us that not long ago if you wanted to hear music you either played it or went someplace where it was played.  And that was a thread in his narrative during the evening.  Interesting and enjoyable to hear a master at work.

Before the concert, Dramaworks’ engaging Producing Artistic Director, Bill Hayes, announced next year’s Season.  He always seems to have a card up his sleeve, leading to some of the most interesting selections, always a visionary of what plays should be revived, as evidenced by Broadway having a tendency to follow in his footsteps, most recently with the production of Buried Child currently at The Alice Griffin Jewel Box Theatre and the soon to open Long Day’s Journey into Night at the Roundabout Theatre.

Hayes steadfastly pursues the theatre’s mission statement: “To enhance the quality of life through the transformative power of live theatre.”  This is certainly evidenced by next year’s 2016-2017 Season which offers five provocative, widely acclaimed plays, each one, ‘theatre to think about.’  The season gets underway at the Don & Ann Brown Theatre on Friday evening, October 14 with Tennessee Williams' final masterpiece, the autumnal The Night of the Iguana (1961). That's followed on December 2 by Jay Presson Allen's wickedly funny Tru (1989), a one-man show that takes place at a particularly lonely time in the life of novelist Truman Capote. Next up, opening on February 3, is Collected Stories (1996), Donald Margulies' richly textured exploration of friendship and ethics between an older writer and her protégée. The season continues on March 29 with Tom Stoppard's Oliver Award-winning Arcadia (1993), his luminous and illuminating comedy of ideas that is set in two different centuries and is generally regarded as his finest work. The season concludes with The Cripple of Inishmaan (1996), Martin McDonagh's poignant, tragicomedy that carries on the tradition of great Irish storytelling.