Here is something for the Occupy Wall Street crowd to get specific about: CEO salaries have become obscene. Even new shareholder "say on pay" rules have not reversed the tide, shareholders being led by management's "recommendations" like lambs to the slaughter.

By 2009 the average CEO pay at S&P 500 companies was $9,246,697, including salary, stock and option awards, bonuses, pension and deferred compensation and other compensation (like the use of the corporate jet, when reported).

Compensation for these so called "job creators" has risen to 262 times that of an average worker by 2005, up from 24 times in 1965, about the time I entered the work force with my first job in publishing at $100 a week. If I had learned my ultimate boss earned 24 more times than myself, I think I would have understood, but 262 times? Today it takes the average S&P 500 CEO one working day to earn what his/her average employee earns in an entire year.

There are two issues that get wrapped around these facts for the Occupy Wall Street crowd. First how did salaries get so far out of balance? Then, why would a flat tax or any kind of reduced income tax at these lofty levels help the economy and create jobs?

This nifty package comes after compensation of "almost $750 million since 1992, including the value of his exercised stock options, according to Standard & Poor's ExecuComp," So that's about $850 million paid to one person over about twenty years, or about $43 million year after year after year. Meanwhile, "the Nabors stock has underperformed the S&P 500-stock index for the prior one-year, five-year and 10-year periods".

It is unclear whether the corporate jet is included in the compensation figures. "Records of Nabors-operated jets have shown frequent stops in Palm Beach, Martha's Vineyard, Mass., and New York, places where Mr. Isenberg has homes. A Nabors spokesman said previously that the company had offices in Palm Beach and Martha's Vineyard and that Mr. Isenberg is frequently in New York on business." Guess there is a need for off shore drilling offices at some of the most upscale neighborhoods in America.

This is but one example of corporate governance gone crazy, Boards rubber stamping their approval of insanely generous compensation packages for CEOs, justifying their actions based on the (wink, wink) peer review system. Hey, look at these other overpaid executives at competitors, we have to keep up with them! Meanwhile (wink, wink), Board of Director positions are in theory subject to shareholder approval, but in practice management has played a major role in selecting and retaining board members. Board compensation of S&P 500 companies is now $234k per year for a few hours work each month and frequently they serve on the Board of more than one company. This compensation package is up 10% from the prior year (how many average employees received 10% increases last year?). So reciprocal scratches of the proverbial back have to be commonplace. Shareholders and Occupy Wall Streeters, unite!

Then, is it reasonable to tax someone who "makes" $43 million a year at a higher rate than his/her average employee making (in this case) probably less than 1/500th of that salary? You bet it is. And is this executive, competent though he may be, creating more jobs because he is taxed less than he ought to be? No way. Innovators and entrepreneurs create jobs, foremost example of course being Steve Jobs, and they are not primarily motivated by compensation and are they are not deterred from their calling by taxes.
Posted by Bob at 11:29 AM

Do You Hear the People Sing?

About a year ago I likened the US income distribution to a "parade," the wealthiest appearing only at the very end, demonstrating the parabolic nature of great wealth at the very extreme of the income curve. I was wondering when, finally, the middle class would wake up to this growing disparity and do something about it. Finally, the "Occupation of Wall Street" movement takes up the cause, hopefully all by non violent means.

At the time I said "to listen to the Tea Partiers, a roll back of taxes of the very wealthiest to pre-Bush rates, is an evil, evil thing. Just think of the trickle-down effect that would be lost to the little folk who stand in line for the crumbs falling from the tables of the fabulously wealthy. It is ironic that these dire warnings of the effects of a tax increase on the wealthy are carried into battle on banners hoisted by 'Joe the Plumbers' -- it shows the power of the conservative media and the most virulent impact of the Internet. It just makes no sense that the people near the middle of the parade should become pawns for the people at the very end."

It is sad that Steve Jobs should pass away at this time. I think of him not only as a visionary technology and marketing genius, but as the greatest entrepreneur the world has ever known. The grass root movements of today, such as Occupation of Wall Street, would not be possible without the mobile devices he had a key part in developing and popularizing. I feel a personal loss of his passing at such an early age, and of the same terrible disease that took my father. And I wonder, if we did have a fairer graduated tax structure, one that would have rolled back the Bush tax cuts, would he have worked any less hard? The "don't-tax-the-job-creator" crowd might so argue.

Steve Jobs worked as he did because it was his passion. Entrepreneurs work with a creative obsession that is not going to be railroaded by a higher incremental tax rate. They are the job creators, not the legions of corporate and banking types, raking it in, paying a lesser portion of their income in taxes than a dozen years ago when the US actually had a balanced budget, CEOs now being paid unspeakable multiples of the average income of workers in the same company. Are higher incremental tax rates and the closing of loopholes the only solutions to the deficit? No, but it's a beginning. And that, as well holding these people accountable for any fiscal malfeasance, is what the growing Occupation movement is all about, the middle class finally awakening to the issue of their being used as puppets by political ideologists.

Do you hear the people sing?
Singing a song of angry men?
It is the music of a people
Who will not be slaves again!
...............Les Misérables, the musical 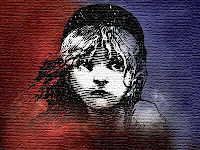