Two interesting articles, one an interview with Richard Koo, a former economist with the Federal Reserve Bank of New York and now chief economist of Nomura Research Institute, which appeared in this week’s Barron’s Magazine, A Japanese Rx for the West: Keep Spending and the weekly commentary of the economist and mutual fund manager John Hussman, Timothy Geithner Meets Vladimir Lenin

Koo’s views might seem to be counterintuitive – government needs to increase deficit spending on a three to five year plan while the private sector is repairing its balance sheet. Japan failed to recognize the dangers of “a balance sheet recession” and the USA could make the same mistake. I would agree, provided spending is focused on our infrastructure or alternative energy, or on myriad other public projects that resonate in our economy, creating jobs while fixing our roads and public transportation, encouraging energy independence, reducing greenhouse gases, and improving our educational system. Such investments are aimed at Main Street, not Wall Street. I would imagine Koo would be the first to note that bailouts of irresponsible investment bankers do not constitute the kind of government borrowing he means.

Koo contends that while the private sector repairs its balance sheet, writing down debt on devalued assets, it is imperative for the Federal government to borrow because even if interest rates are zero, the public sector cannot be induced to borrow: “The only way the government can turn this economy around is to do the opposite of the private sector -- borrow the money the private sector saved and spend it, which means fiscal stimulus. That's what saved Japan from entering a Great Depression.”

In effect we can’t make businesses borrow by giving capital to the banking system which only encourages more reckless economic behavior – it has to be spent elsewhere, and what better place than our infrastructure and energy independence?

John Hussman, meanwhile, writes about the very kind of borrowing we must eschew, especially as it is being done without our elected constituency’s input: the Treasury’s recent announcement that it would provide Fannie Mae and Freddie Mac UNLIMITED financial support for the next three years, reminding us that it was Vladimir Lenin who said: “The best way to destroy the capitalist system is to debauch the currency.”

As Hussman notes, “in a single, coordinated stroke, the Treasury and the Federal Reserve have encroached on spending powers that are enumerated for the Congress alone.” And perhaps worse, “…homeowners who have been diligently making their payments will keep their homes, and homeowners who took out mortgages they couldn't afford will keep their homes as well with no adverse consequence to the lenders – since the underlying loans are now owned largely by the Fed, and the Treasury has pledged its unlimited support. Why pay one's debts if it becomes optional, and the Treasury stands to absorb unlimited losses at public expense?” 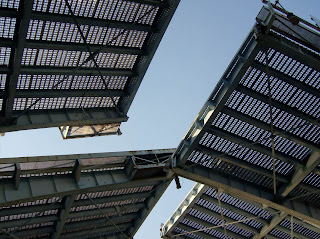