The “games” -- meaning the Congressional Hearings regarding the Russian influence on our election results and the possible “cooperation” of Trump and/or his legion of surrogates.

James Comey laid out his case in great documented detail.  Is there enough there to “prove” a case of impeding an investigation by a sitting U.S. President, or even impeachment.  No.  Not, yet at least.

And Trump’s reaction was predictable, cherry picking what he liked such as the three times Comey said he was not personally under investigation (he wouldn’t be – yet), then claiming other statements were “a lie,” such as demanding “loyalty” of Comey.

Trump also said he is “100%” committed to testifying under oath (watch out what you wish for).

It was a one on one conversation, so it boils down to who do you believe, the meticulous note taker Comey, or the off-the cuff reactions of President Trump?  Yet, they both may be telling “the truth.”  How can that be?

At the risk of sounding like an armchair psychologist, simply put perhaps Trump believes his own lies, has created his own reality, and really does not believe he said or meant those aspects of Comey’s testimony.  Therefore, he can in good conscience testify to that effect. 100%.

As Eric Hoffer, author of The True Believer said, “We lie the loudest when we lie to ourselves.

Perhaps future candidates for President should be required to undergo physical AND psychological testing?  Aren’t we entitled to choose between the healthiest candidates for such an important office?

One possible symptom of sociopathic behavior is the ability to lie but believe the lie is true:  In fact, they are so good at lying, many times they become their own lie….If a sociopath can stage himself to believe his own lie and truly live in his own fantasy, how many more people can he convince it is the truth and wreak his havoc and devastation on?

And from another site (there are many), “certain personality traits where pathological lying may occur include” (does any of this strike a chord?):

Almost a month ago I wrote to our two Senators (Marco Rubio and Bill Nelson) and our Representative (Brian Mast).  This was before Robert Mueller was appointed by the Justice Department as special counsel but right after James Comey was dismissed as FBI Director by Trump.  I ultimately received responses from Nelson and Mast, those were after Mueller was appointed and thus their responses were understandably focused on that appointment.

Rubio on the other hand provided an automated response that a reply would be forthcoming and such a reply never did.  I find this interesting as Rubio’s questioning of Comey was definitely Trump predisposed.  Rubio seems to be committed to appealing to the base that got him elected.  This country has devolved into Newton's third law of physics, that for every action there is an equal and opposite reaction.  Just flip back and forth between MSNBC and FOX and you can experience the polarity.

Here is our letter first and then the responses.

My wife and I, both retired, are distraught and anxiety ridden over the behavior of President Trump.  I can think of only two times we’ve felt so concerned:  during the Cuban missile crisis and during the end of the Nixon administration.  Luckily, a stable, resolute President Kennedy prevailed during the former crisis and our democracy and separation of powers worked to ensure the preservation of the Republic during the latter.

Perhaps you feel the same existential dilemma we do: how does one, as a citizen of a country he/she loves, support its new leader, given his unstable, even despotic behavior, one who relies on nepotistic advice?

The concept of separation of powers and the role of the 4th estate are being severely tested and we look to the Senate as the last bastion of defense.  Will you and your colleagues rise to the occasion or are you going to allow this person to run amuck and jeopardize everything our founding fathers stood for?  His behavior is an affront to the dignity of the Office of the Presidency, weakening our country instead of protecting it, something he pledged to do when he was sworn into office.

We will be carefully watching your actions and depending on you to do the morally right thing to protect our country.

Thank you for taking the time to contact me. Your correspondence has been received and I welcome the opportunity to address your concerns. Hearing directly from constituents such as yourself is truly an honor, and your input is much appreciated.

Please look for my response in the near future. In an effort to serve you better, please do not duplicate e-mails into the web-form, as it may serve to delay the response to your concerns. If you need immediate assistance with a federal agency, please call (866) 630-7106, toll-free in Florida.

Thank you for contacting me in support of appointing a special prosecutor to investigate Russian interference in our elections and potential ties to the Trump administration. Your thoughts are important to me as I work to effectively represent you in Congress.

You deserve transparency and accountability in government. We should never run or hide from the truth. If we seek out truth and embrace it then Americans can know we all play by the same set of rules.

As you may know, in addition to ongoing investigations in the U.S. Senate and U.S. House of Representatives, Deputy Attorney General Rod Rosenstein has appointed former F.B.I. Director Robert S. Mueller III as special counsel for the Russia investigation. Like you, I hope that Director Mueller can be looked at as unbiased and that his finding will be respected by all. The American people deserve answers, and I am committed to ensuring a transparent process as these investigations move forward.

Thank you again for taking the time to contact me.  If you’d like to receive updates about this issue and other news that’s important to our community, please sign up here.  To follow along with my work on your behalf, please join me on Facebook, Twitter, Instagram   and YouTube.  If you have any additional questions, please do not hesitate to contact me again.  As always it is an honor to represent you in the United States Congress.

Thank you for contacting me about ongoing investigations related to the Russian government’s efforts to interfere in the 2016 Presidential election.

In March, I called for the appointment of a special prosecutor and/or the establishment of an independent commission to get to the bottom of Russia’s interference.

After the President fired FBI Director Comey on May 9, I repeated my calls for a special prosecutor and/or an independent commission. Shortly thereafter, the Department of Justice named former FBI Director Bob Mueller Special Counsel to oversee the Russia investigation. Bob Mueller has the experience to conduct a thorough investigation. Now, he must be provided the resources and independent authority he needs to follow the facts wherever they lead.

The Senate Select Committee on Intelligence has pledged to continue its bipartisan investigation into Russian attempts to influence our election. In addition, I am cosponsoring S. 27, which would create an independent commission to investigate Russia’s attempts to interfere with the 2016 Presidential election.

According to the U.S. intelligence community, Russia is responsible for a number of hacks and the subsequent leaking of stolen information related to the 2016 Presidential election, at Putin's direct order. The attempt by an outside power to influence the election and promote a particular candidate is a very serious threat to our constitutional form of government.

On December 29, 2016, President Obama imposed sanctions on Russia in response to these hacks. I am cosponsoring S. 341, the Russia Sanctions Review Act of 2017, a bill that would keep sanctions imposed on Russia for election hacking and other aggression in place until Congress says otherwise.

As a senior member of the Senate Armed Services Committee (SASC) and Ranking Member of the SASC Subcommittee on Cybersecurity, I will continue to support policies that enhance our capability to deter and defend against cyber attacks from all enemies. 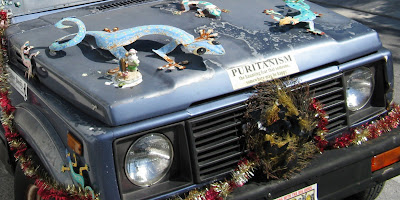