It is Memorial Day weekend, one of profound sadness, for the service men and women who gave their lives for our country, and now what seems like a deathwatch for the fragile ecology of the Gulf of Mexico.

The latest failure on the part of BP to stop the oil leak in the Gulf via a “top kill,” one that was said to have a 60-70% probability of succeeding, now seems like just another attempt to string along an anxious nation until the “permanent fix” of drilling an intercept relief well is supposed to be concluded in August.

Now there is a new stop gap “plan,” which involves cutting off the damaged riser and capping it with a containment valve. Per BP: "We're confident the job will work but obviously we can't guarantee success," pretty much what was said of the top kill method. So we can all hope that this is not just more media hype and cutting the damaged riser does not just release more oil. One cynically gets the sense, watching all of these improvised attempts, that we’ve seen this movie before, Mickey Rooney and Judy Garland (the Government and BP) saying “Hey kids, let’s put on a show!”
Here’s the “perfect storm” scenario: NOAA’s forecast that the impending hurricane season being nearly as active as the one in 2005 and the possible impact on the rescue and cleanup activity by the armada of ships and platforms and miles and miles of containment booms in the Gulf.

It is speculation as to how a Katrina might further spread oil inland or even suck up and deposit surface oil in its torrential rain-making machine, but one thing is clear: clean up efforts and relief well drilling would be profoundly effected. The combination of the spill and an active hurricane season is an environmental catastrophe of even more untold proportions. And it bears noting that early season named storms are more likely to form nearby, particularly in the Gulf and the Caribbean.

The only potential “good” to come from this might be our country’s willingness to make the sacrifices we made in fighting wars, pulling together as a nation and declaring energy independence via alternative energy. I am not some Pollyanna thinking that we can suddenly drive our energy needs via alternative means. We need better technology, an improved infrastructure, and be willing to pay a steep tax on fossil fuels to support such efforts.
But that is what it is all about: the national willpower to achieve this objective and to save our environment as well. President Kennedy declared that we would put a man on the moon in ten years at the beginning of the 1960’s; we can do the same for alternative energy today. Since we seemed doomed to forever plan using a rear view mirror, this might be the only good that can come from this disaster. 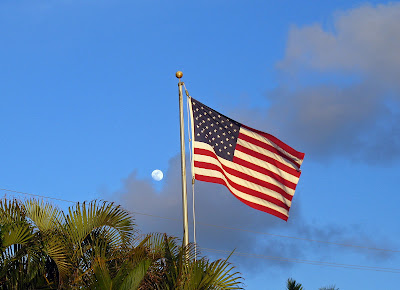 It is sickening to watch the unfolding environmental and economic tragedy in the Gulf. I know nothing about the business of drilling for oil, but even in the modest publishing business I ran for decades, contingency planning had to be formalized and a high priority on an ongoing basis. One needs to be prepared for the unthinkable. In our business, we built safeguards and redundancies in case our business data was wiped out or there was a natural disaster such as a flood. Of course, if such a disaster did occur and if all our planning failed, it would have affected little more than our business and our authors and customers. One would think that disaster planning for companies in the business of drilling for oil along our fragile coast would be of a magnitude and comprehensiveness befitting the potential consequences, to not only their own business, but to the environment as well.

BP’s (and presumably the oil industry’s) singular reliance on a device known as a blowout preventer to circumvent such a disaster seems to be a plan without any backup plan. Isn’t this where the federal government should have had an active role – overseeing any drilling of this nature, requiring not only a first line of safeguards, but a disaster plan that can be immediately implemented in the event the first line fails? Much more, so much more, is at stake here.

Now we are told that BP has contracted to have three huge rectangular concrete and steel chambers built that can be lowered onto each of the three leaks. Apparently, this, too, is not without risk, but it may be the best chance at stemming the flow. These will be ready in about a week! Meanwhile, oil continues to gush. Why, why, are not such chambers ready for immediate deployment around the Gulf? It seems that, like with Hurricane Katrina, we are doomed to “plan” using a rear view mirror, drilling, baby, drilling our planet into oblivion.
Posted by Bob at 9:18 AM