I don't comment on or review every cultural event we go to in our area, but one I should have covered was the Maltz Theatre's spectacular production of A Chorus Line, which has now closed, but had a very successful run. We saw the original 1975 Broadway production and I came away with the same feeling from the Maltz production, one mixed with pathos and joy for the performers, each with their own individual story to tell.  Maltz intelligently used Michael Bennett's innovative choreography, preserving it like a classic ship in a bottle, executed with the same degree of professionalism as in the original show.

Ever since seeing Maltz's very first production in 2004 of the Pulitzer Prize-winning drama by playwright Nilo Cruz, Anna in the Tropics, we've had season's tickets to the Maltz and have watched the Theatre's evolution, walking the tight rope between serious theatre / great musicals and the lighter fare aimed at entertainment-only theatre goers.  The shift towards the latter during one season almost resulted in cancelling our season's tickets, but we've been hanging on, hoping for more productions such as Chorus Line, and looking forward to their forthcoming production of the highly acclaimed Other Desert Cities (hooray, serious theatre!), and their concluding production of The King and I. Any Rodgers and Hammerstein show is worth seeing in my estimation.

No sense "reviewing" their production of A Chorus Line in more detail.  It even captured the attention of Wall Street Journal's Terry Teachout, his first visit to the Maltz and undoubtedly not his last.  I agree wholeheartedly with his comments.

Ironically, the Wall Street Journal also reviewed Dramaworks' production of Harold Pinter's Old Times, Teachout attending the preview performance the night after we saw it -- the performance on which my own review was based.

Interestingly, Teachout has reviewed several Dramaworks' productions, recognizing it as one of the best theatres in South Florida, never disappointing on a professional level, but sometimes disappointing the same "entertainment-only theatre goers" the Maltz sometimes tries to please.

Unfortunately, our local reviewer, Hap Erstein, who is a damn good writer, walks that same fine line (as does the Maltz) for his readers, praising Old Times on the one hand, but hedging his bets saying "if you need to make an emotional connection with a play’s characters to sustain interest — even for the relatively brief 75 intermissionless minutes — Old Times is probably not for you."  He even goes so far as to turn Dramaworks' mantra of “theater to think about.” to " theater to be confounded by."  To his credit though, he does acknowledge "Dramaworks is committed to exposing its audience to absurdist dramas from around the world. That is a worthy mission."

I rarely touch upon movies here.  We don't see many, cherry picking the best when they come out on DVD (why put up with cell phones, texting, long lines, people talking, the endless previews and selling in the movie theatre merely to say you saw the film immediately upon its release -- does it make the film any better?) but I can't leave this cultural odds and ends entry without mentioning what I think is a Woody Allen masterpiece, Blue Jasmine, and a bravura, Academy Award deserving performance by Cate Blanchett.  Regrettably the sturm und drang over child molestation accusations made by Dylan Farrow might overshadow what Allen (and Blanchett) have achieved in the film, a loose tale about lives of the Bernie Madoff crowd and the little people he destroyed.  In fact, the film is a classic portrayal of the "upstairs" and the "downstairs" people, so skillfully portrayed and exactingly written by Allen -- the despicable rich, the admirable working class!  Much of the success of the film is due to the casting by Juliet Taylor, who has cast all of Allen's films since the mid 1970's.

Cate Blanchett portrays a kind of fragility as "Jasmine" Francis, a Blanche DuBois character,  while her sister's boyfriend, Bobby Cannavale, reminded me of Stanley Kowalski.  The film, indeed, seems to be almost a tribute to A Streetcar Named Desire.  It was strange to see Sally Hawkins playing Ginger, Jasmine's sister, as we have seen her so often playing Anne Elliot in the BBC production of Jane Austen's  Persuasion (a DVD we dutifully watch once a year, it is that good). Hawkins is English and to hear and see her play a bag packer in a San Francisco supermarket was somewhat startling, but a real tribute to how brilliant casting makes all the difference.  Woody Allen gave full attribution to Taylor for so much of his success in a recent open letter to the Hollywood Reporter 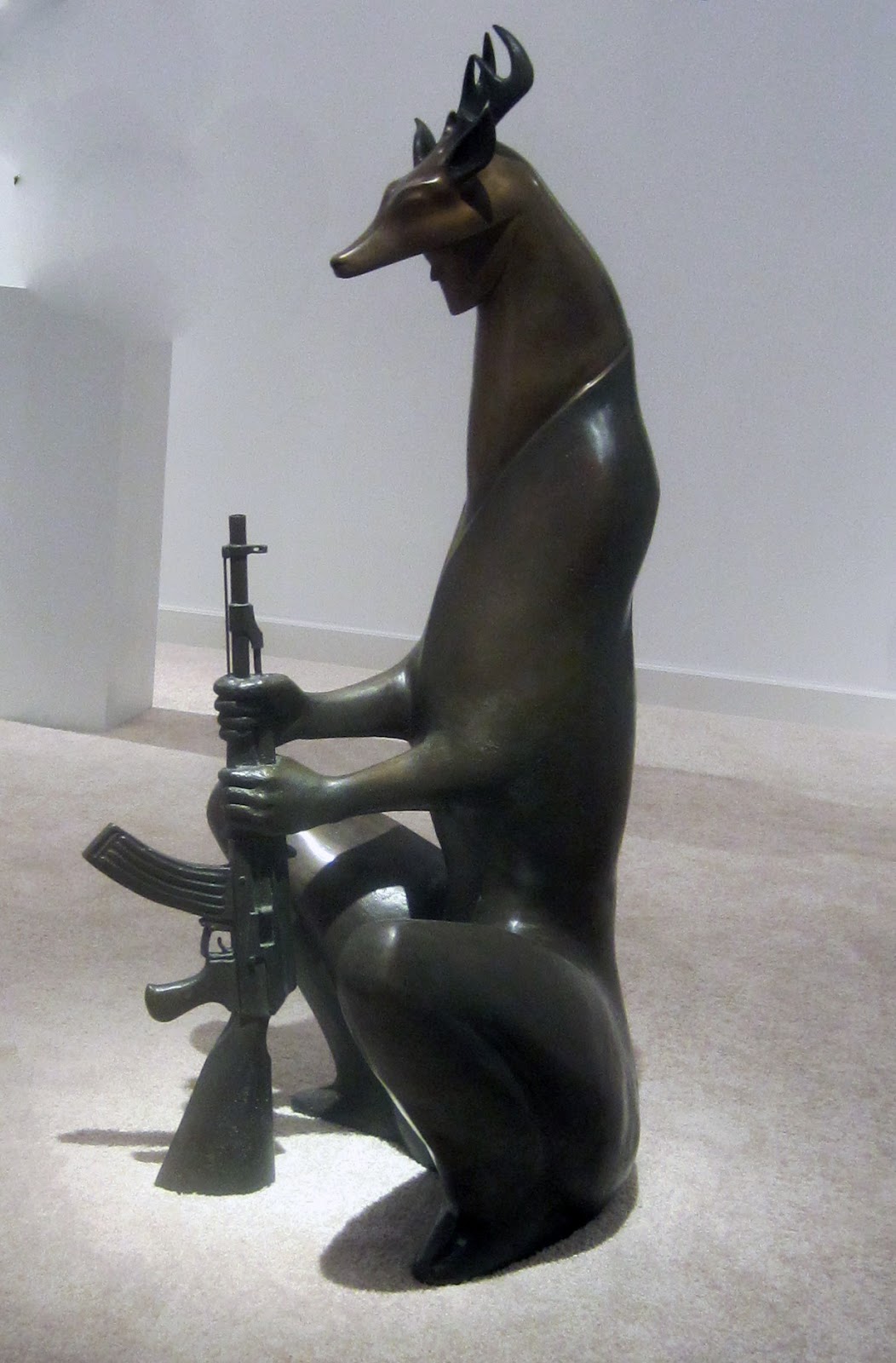 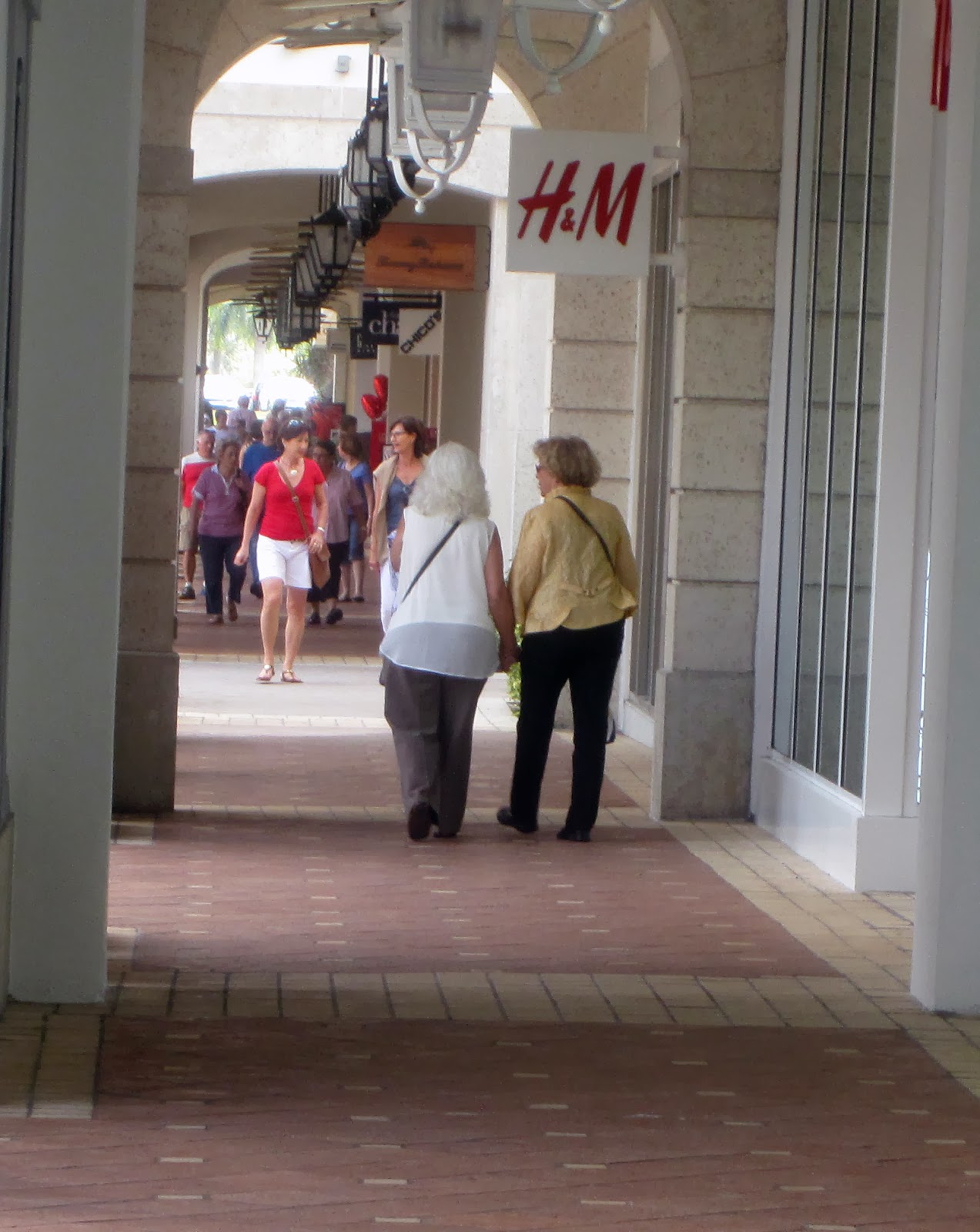 For Ann's delectation, sprinkled here and there are magnificent pieces of antique  jewelry to be admired and as for me, rare books, a potpourri of interesting cultural experiences, all on one manageable floor of the Palm Beach Convention Center.  We went with friends Harry and Susan, and I thought this a touching photograph of our wives walking hand-in-hand in City Place, on our way to the Fair from lunch.

In my fantasy life, the one where we win the lottery (and I don't mean merely a $1 million one  -- a lot more is needed to haul some of the exhibit home, including a new penthouse apartment overlooking the intracoastal and ocean -- you have to put the stash someplace appropriate), I'd snap up some of my favorites from the show.

First, as one "needs" something to view the water and the boating activities from the new penthouse; clearly an obligatory purchase would be the Kollmorgen U.S. 20 x 120 Battleship Binoculars for a mere $110,000. 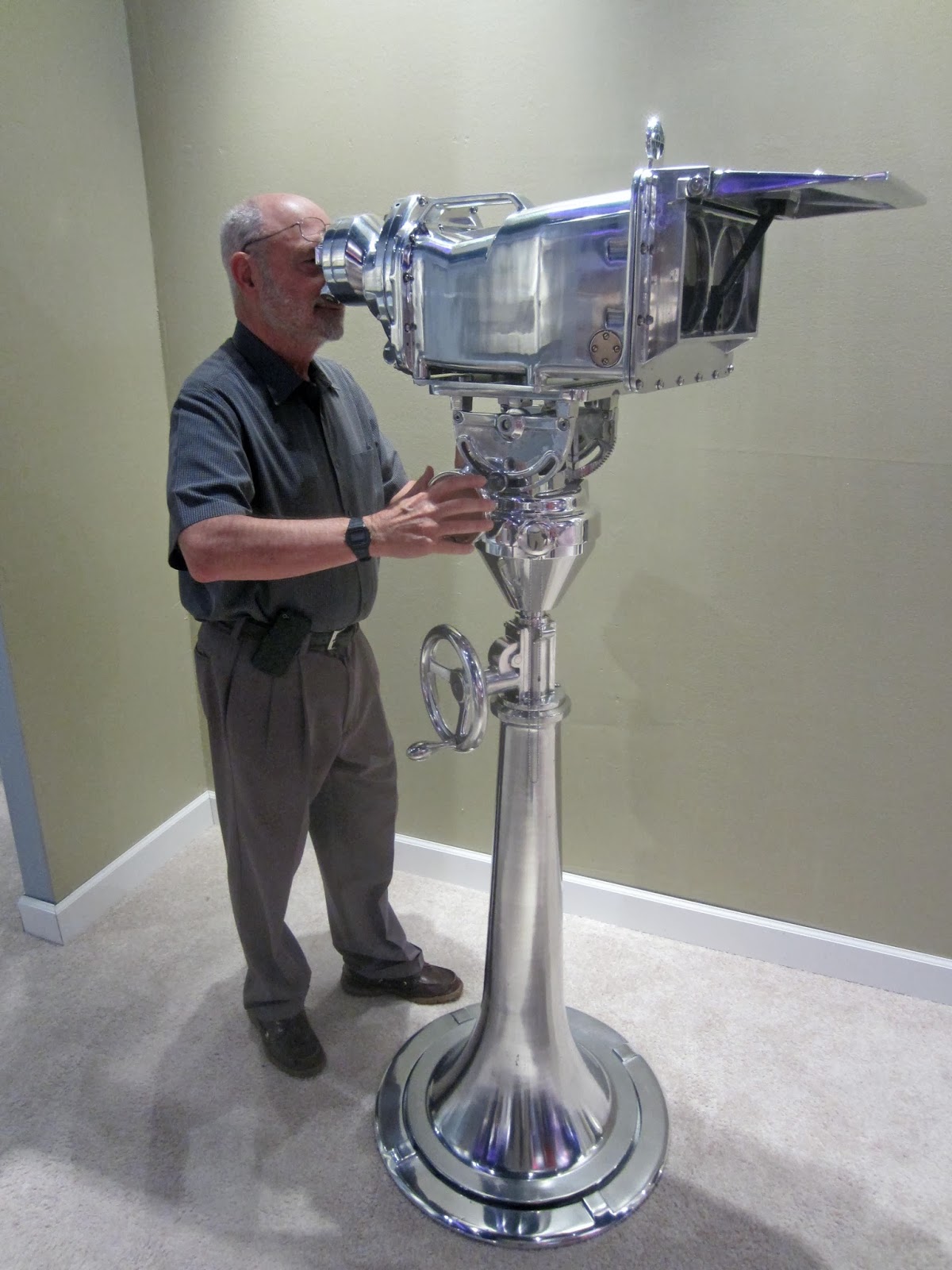 It's a modern penthouse so it would be nice to have something very contemporary such as David Datuna's Eye to Eye Marilyn which will set you back $180,000 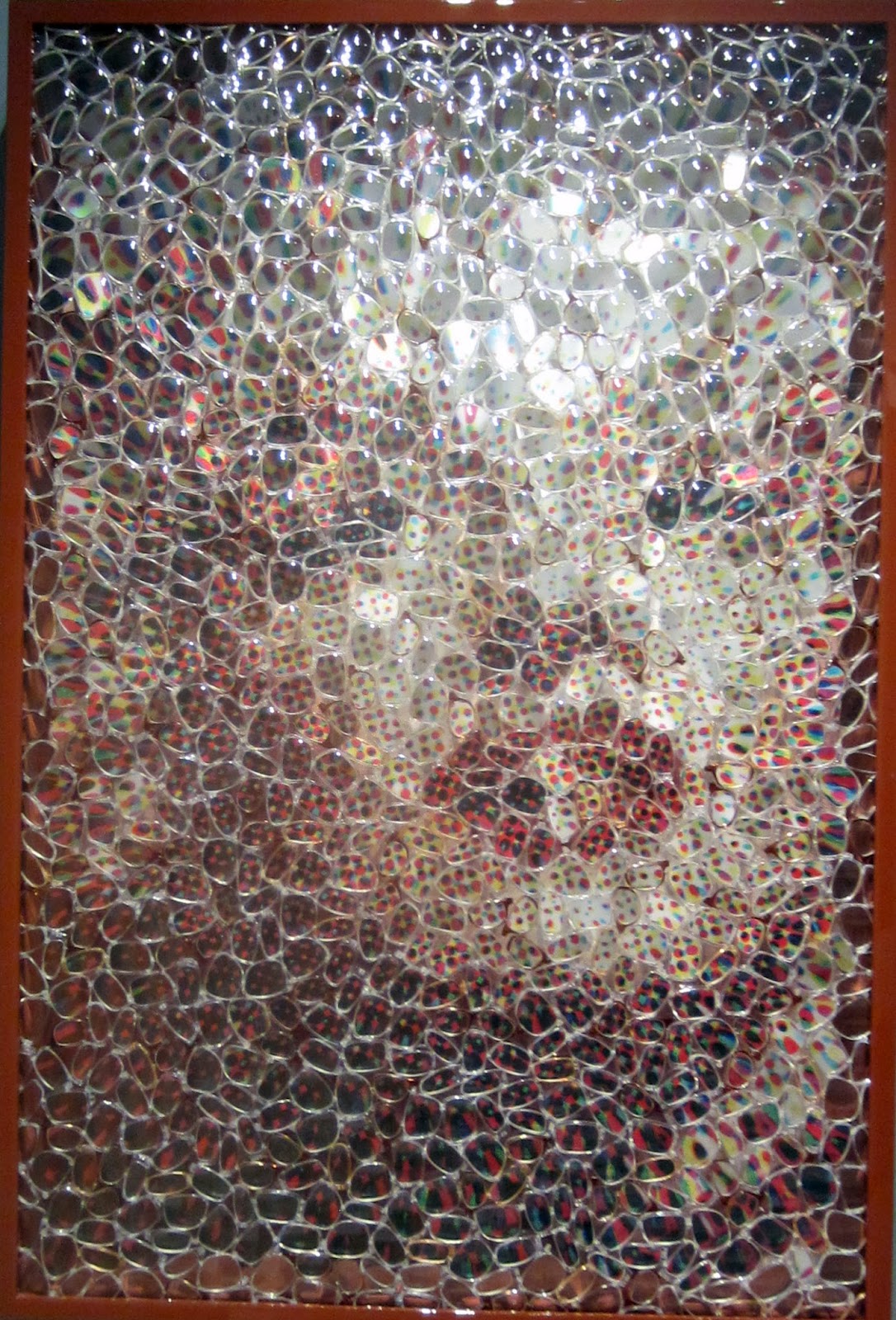 Offsetting the modern, we have to add one of Edouard-Léon Cortès' paintings, his style so unusual, the light crying out from the city of Paris in the late 19th century in Après la Pluie, St Denis, Paris for $165,000 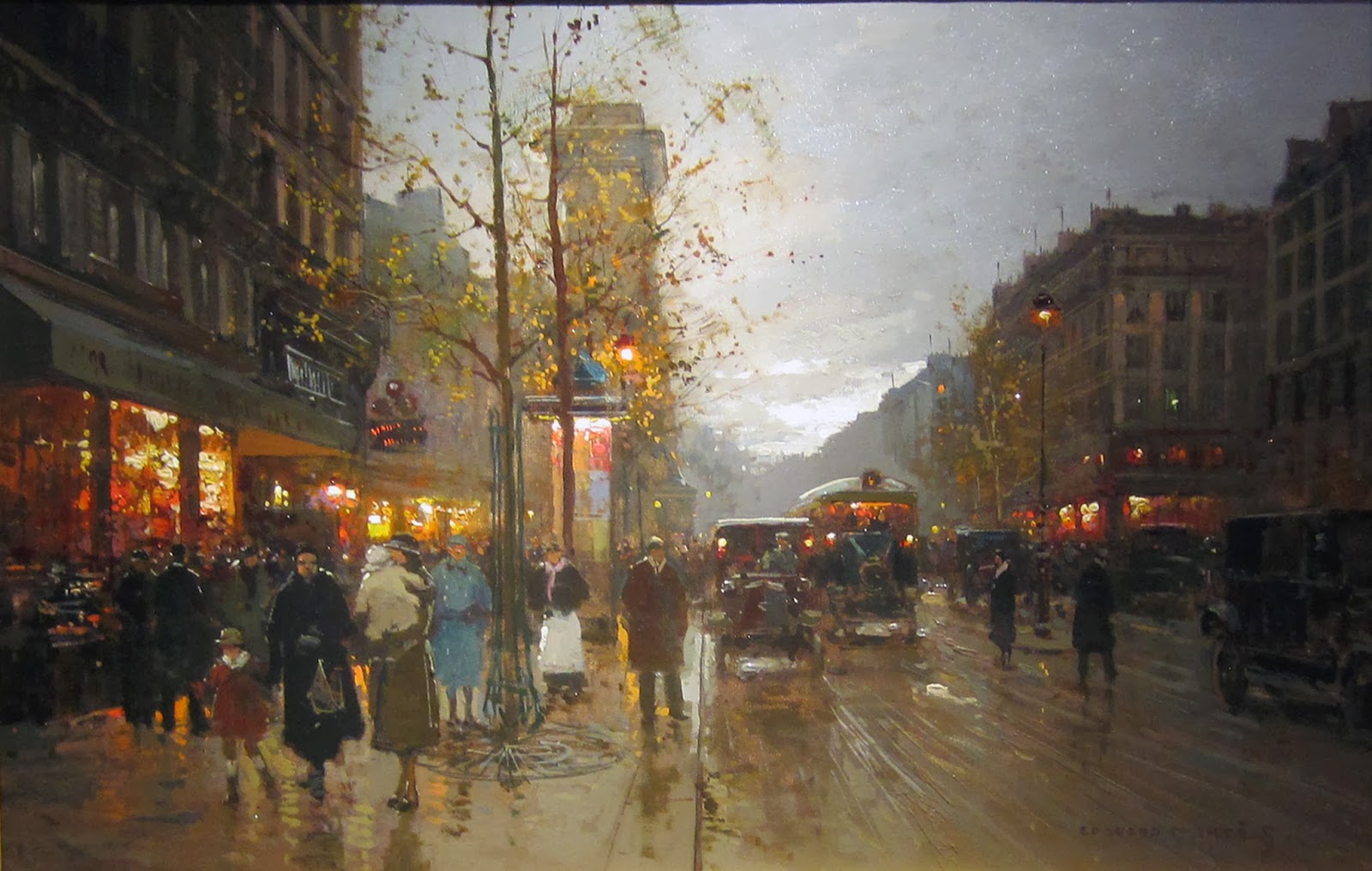 Although no price was mentioned, an oil on linen, Sweet Dream of Vermilion Chamber by Zhao Kailin caught our eye as well, the colors perfect for our new penthouse wall. 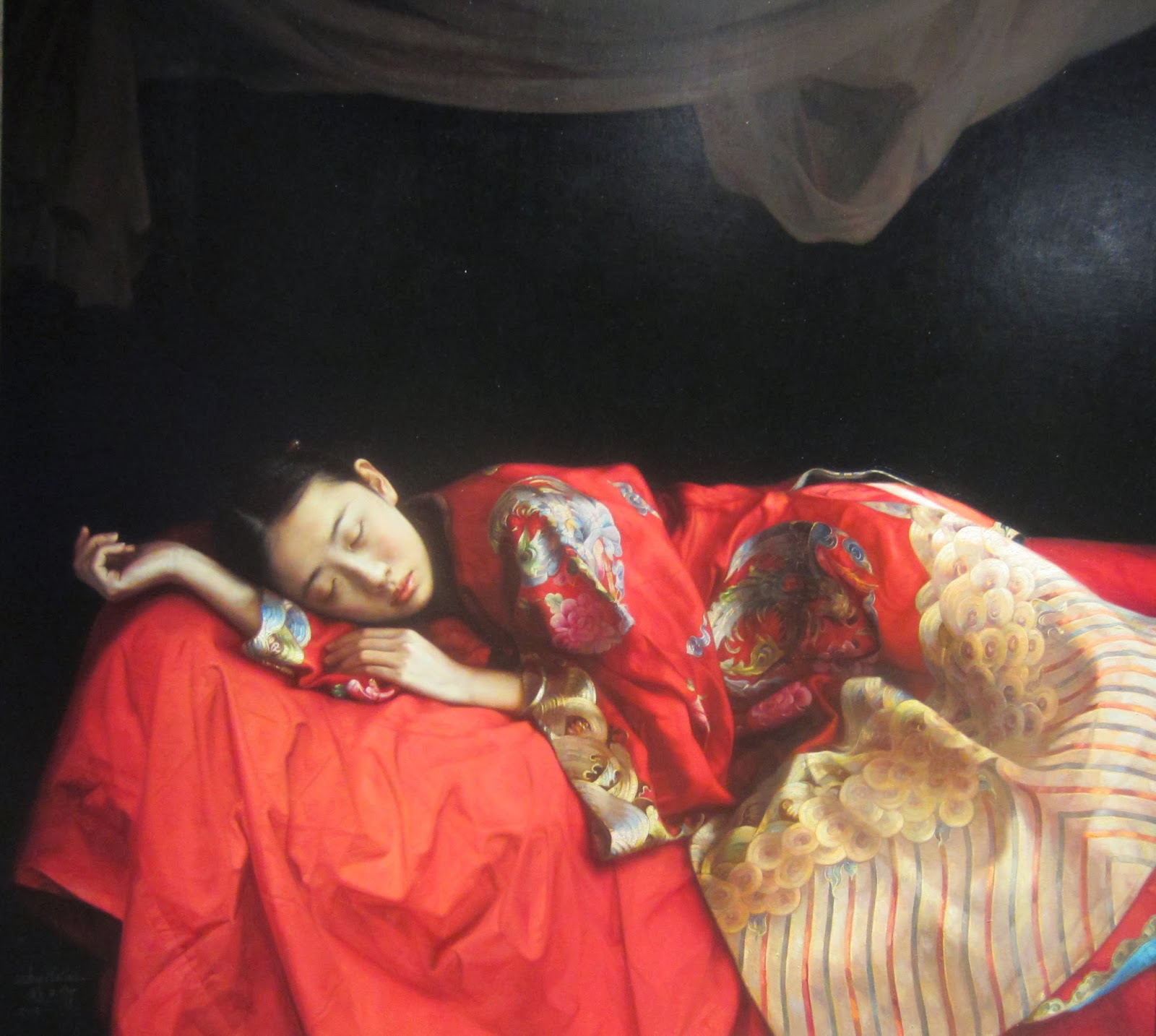 Finally, putting some real life perspective on fantasies of penthouses, expensive art, were the Robben Island Sketches by Nelson Mandela.  Perhaps seeing his work, reading his words, and knowing what he endured and achieved was the best wakeup call from the fantasy.  His work, priceless. 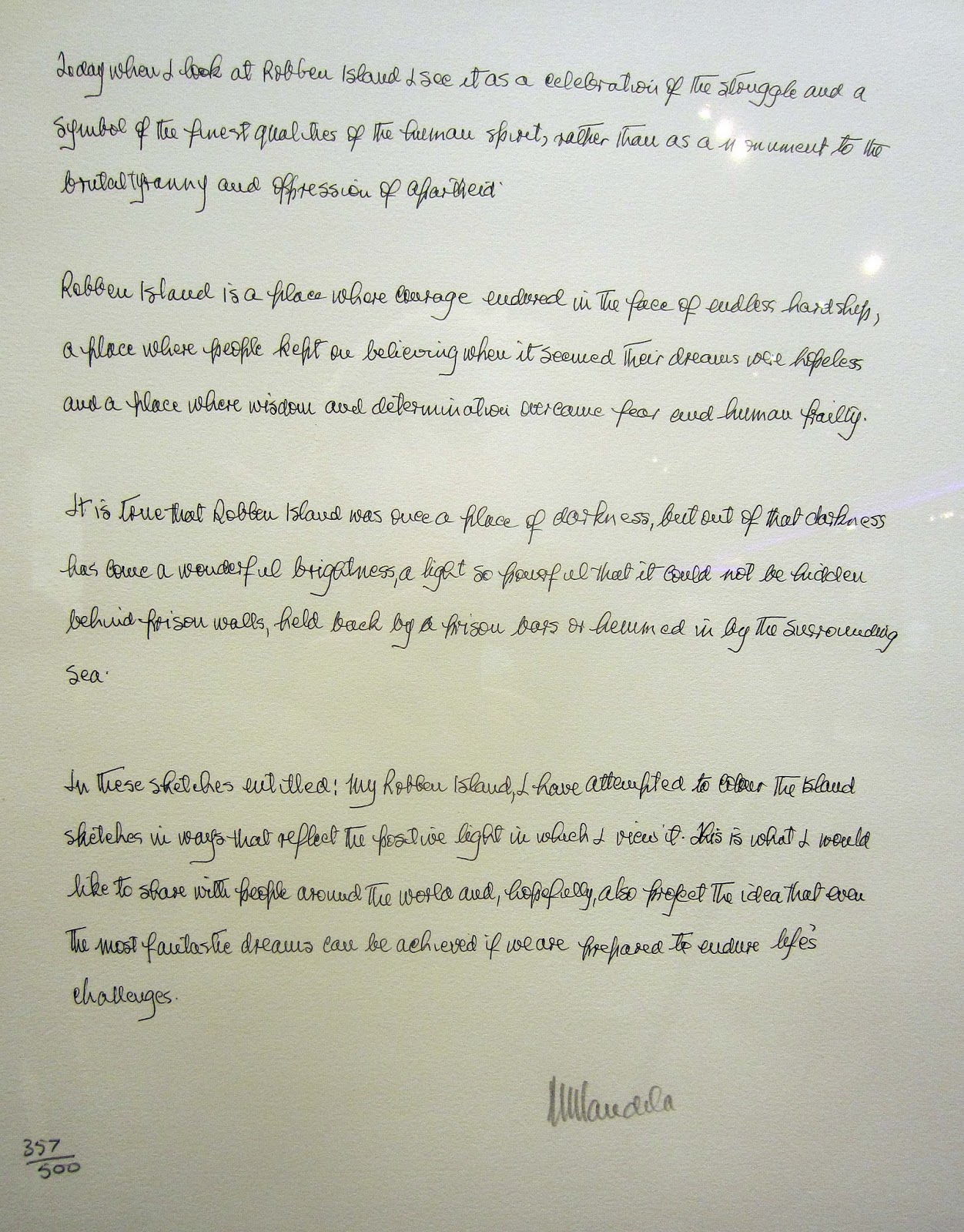 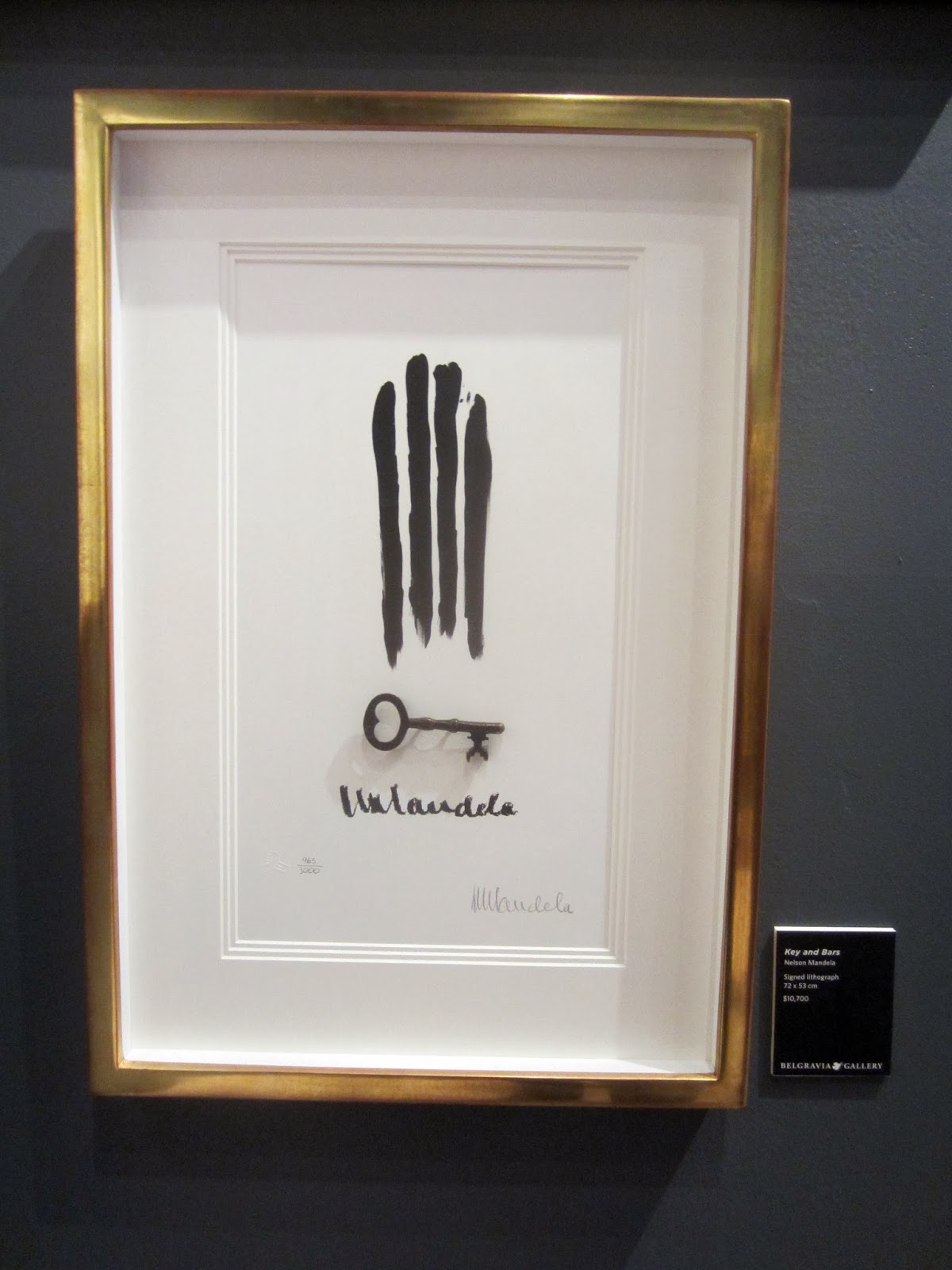 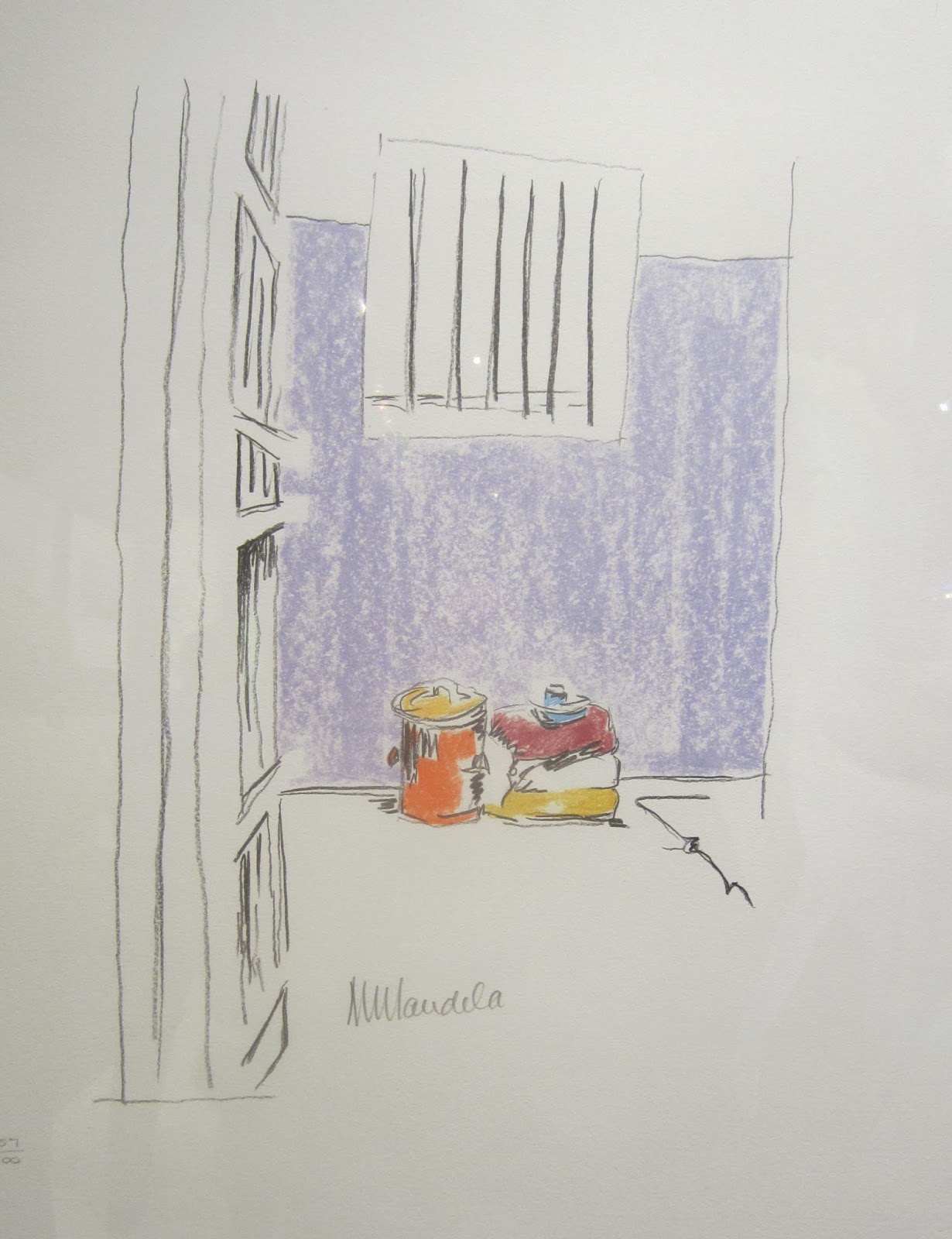