After a summer of living on the boat and traveling for the last couple of weeks, we finally returned home. Amazing how much can change -- even profoundly change in one’s life in just a few short weeks. For me it can be summed up in two words: the economy and Westport.

Not that the economy was much different since my last entry, it’s just that the market is just beginning to come to grips with what Nouriel Roubini has called "stagdeflation." http://www.bloomberg.com/avp/avp.htm?N=av&T=Roubini%20Sees%20%60Significant%20Downside%20Risk%27%20for%20Equities&clipSRC=mms://media2.bloomberg.com/cache/vycr2Mqgo39U.asf

If Roubini is right, this will be unlike anything we’ve experienced in our lifetime, a severe protracted recession that is accompanied by deflationary forces -- instead of the inflationary beast with which we are at least familiar. This has taken down nearly all asset classes throughout the world. So much for the myth of diversification. In those few short weeks the changing economic winds have already impacted how we look at things as consumers and they portend a protracted period of unemployment growth. It strikes a nerve in all savers, wondering whether savings would be better off under the mattress or whether paper money might have any value at all. Personally, I worry about my sons who are navigating the prime of their working lives.
I mentioned Westport above, the town in Connecticut where I worked and lived for 30 years. While we were away this past month, two seismic changes occurred where we raised our family.
Paul Newman died. He was our neighbor at one time and I had the privilege of briefly working with his wife, Joanne Woodward, on a history of Westport. While I never had the opportunity of meeting him, I had often seen him in town, usually at local restaurants or at a farmer’s market or once when he parked his customized VW in our company parking lot to visit a building next door. The town treated him pretty much like anyone else and that is the way he wanted it. He was just there, around town, and of course larger than life on the screen, and because of his extensive charity work, even on bottles of salad dressing.
He was such a part of the fabric of all of our lives. I feel a profound sense of loss whenever I think of him, or see him on the screen or on those bottles of “Newman’s Own” which he funded to last into perpetuity for the benefit of progressive causes. He was iconic and an iconoclast at the same time, a person who I admired, a true maverick who lived his life the way he wanted, not the way Hollywood normally dictates.
The other news from my former hometown concerns the company I helped to build over nearly three decades, Greenwood Publishing Group, which was just recently sold to another company. Mergers and acquisitions are now the rule in the publishing business, so this was not surprising. I had been involved in several during my career. In fact the company had gone through a couple such changes since I left the business at the beginning of this decade. But, apparently this time, while the imprints will go on, the offices will be closed and many employees will be laid off. I feel so sad to hear this news. http://www.westportnow.com/index.php?/v2/comments/westports_greenwood_publishing_to_close_150_jobs_cut/
While these events unfolded, we were visiting friends in the southwest, flying first to Albuquerque to pick up our car rental and then making our first stop in beautiful Santa Fe, NM
There we toured for several days and to visit my old friend, Jim, who I hadn’t seen in some 20 years. As I mentioned in my last entry, Jim and I started out our working career together. He’s become somewhat of a “mountain man” – in spite of health problems you can find him hiking the trails around Santa Fe when he’s not behind his desk, working on his two imprints, Western Edge Press and Sherman Asher Publishing http://www.shermanasher.com/newslett.html. It was fun to visit, to reminisce, to meet his friend, Judy, and to have his expertise in guiding us around the area.


From there we went on to Taos mainly to see the Taos Pueblo Indian Village, and then visited the Painted Desert and the Petrified Forest on our way to Sedona. 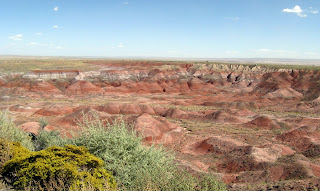 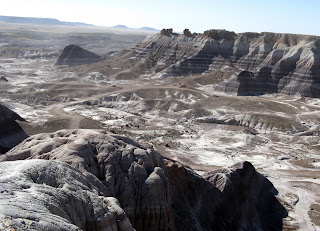 In Sedona we stayed with our friends Lew and Rosemary. Their home faces the Red Rocks of Sedona and at sunset one’s focus turns to that dramatic scene. At that time of day, it became a ritual to enjoy some wine and hors d’oeuvres, silently inhaling the beauty of the moment.

Afterwards, Lew played the piano – he is an accomplished musician and accompanies several singers, in particular our friend Nicole Pasternak when he is in Connecticut or she visits Sedona http://www.nicolepasternak.com/. It was wonderful spending some time with them and to visit the natural wonders of Sedona. 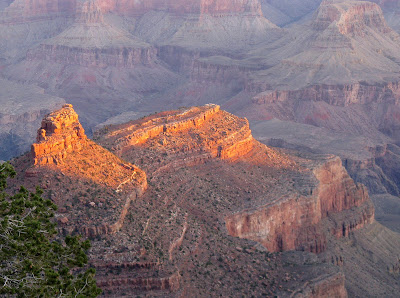 From there we drove on to the Grand Canyon, staying at the famous El Tovar Hotel located on the Canyon Rim. From that location we watched both the sunset and sunrise. Words are inadequate to describe the scene.

After leaving the Canyon, we were determined to drive along a stretch of Route 66, from Seligman AZ to Kingman AZ with long vistas paralleling the Santa Fe RR, driving alongside freight trains numbering untold cars. It was a windy day and tumbleweeds crossed the road. In other words, Route 66 was pretty much as I had hoped and here are a few of my favorite photos I took along the way. 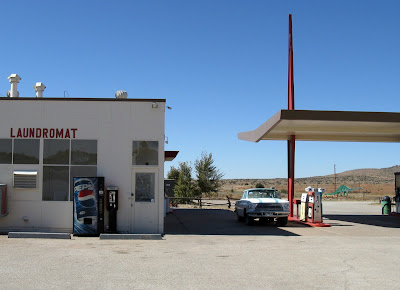 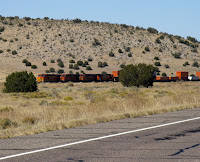 Our plans were to drive on to Las Vegas to see an old dear friend, 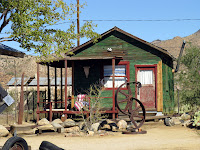 Marge, and then catch a flight back to NY to pick up our car and stuff from the boat and begin our drive back to Florida. But before Las Vegas, I wanted to visit an old mining town along the way, Chloride, AZ (right near Grasshopper Junction – no kidding). Talk about entering a time machine, as these photos attest. 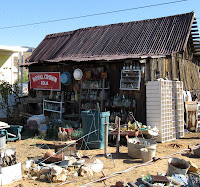 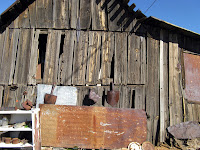 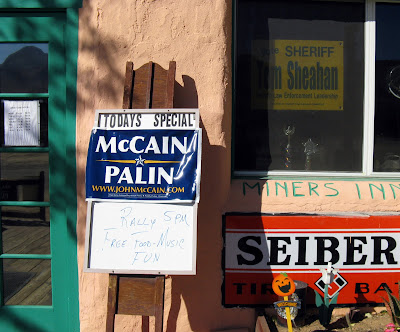 We arrived in Las Vegas later in the afternoon. The last time we were there was to see Marge’s husband, Peter, a close friend of mine, more than 15 years ago. He had been diagnosed with cancer and we wanted to visit him. I wrote about this wonderful man and good friend last year: http://lacunaemusing.blogspot.com/2007/12/business-relationships.html 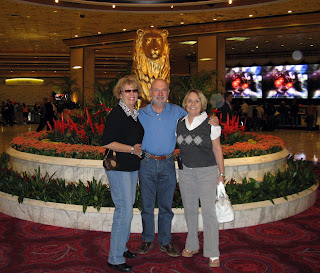 Never my favorite city, Las Vegas has gone from excess to excess to the second power, a geometric growth of overindulgence, sort of emblematic of our country’s economic mess. Nonetheless, it was great to see Marge (who never visits the strip other than to see friends who might be passing through - such as ourselves). We did the “high life” bit in 24 hours, had an excellent dinner, enjoyed a Cirque du Soleil performance, and even committed $10 apiece to slot machines, from which I walked away $3 to the plus, after nearly losing everything. Ann, on the other hand, lost everything, period.
So after driving some 1,200 miles we boarded a Jet Blue flight for JFK wherewe picked up our car and began another 1,200 mile drive home from there. 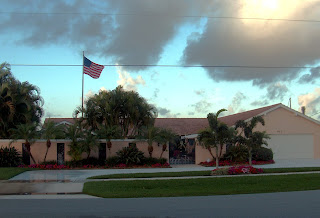