My former high school teacher, a mentor to me at the time, Roger Brickner, took an ambitious trip this Spring, negotiating the old "Lincoln Highway" in his quest to discover the "real America."  This was our the first interstate highway system, fostered by the automobile industry before our entry into WWI. 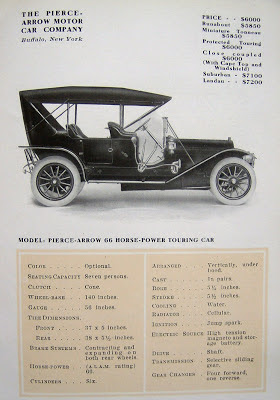 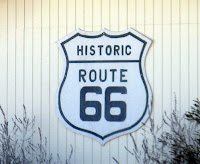 Imagine making such a 3,000 mile journey back then in this powerful 66 HP 1911 Pierce-Arrow?  Not every part of the "highway" was paved.  Expect mud after a heavy rain.

Roger and friend, however, had a BMW which took them to many out of the way places.  I've been to some, especially along the iconic Route 66, but most were new to me and as a "member" of his email distribution list, I received reports along his journey, which began in Times Square, the official start of the Lincoln Highway, on March 16, but unfortunately abruptly ended on April 17 with the missive: "Just want to let all of you know that we had a crash with the BMW in Utah on Sunday.   Both Lou and I are fine... not even a scratch... but the BMW was totalled.  I am back in NYC.... All's well that ends well. Roger" 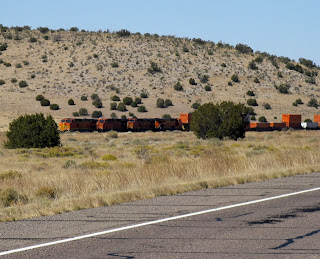 But his final report on the trip shows his continuing deep love of this country, our political system, and our diversity -- just as I remembered his passion from my now very distant high school years. One gets a real sense of the nation just from his few paragraphs.   I asked him whether I might include in here as a "guest piece" and he replied affirmatively, adding, "my views of America have not changed in fifty years, but the party of my heritage has."

My final report on the trip.   We left NYC, the nation's largest, one of the most Democratic voting cities in the country, the safest among the fifty largest cities in the USA, and the most diversive city IN THE WORLD.  (name another more diverse in significant numbers, if you wish to disagree).  It is indeed a special place to start on our transcontinental trip.  New Jersey, with its large Italian, Black and Hispanic groups showed the decided end to our industrial era as we traveled down the old routes of the Lincoln Hwy.  We drove through areas of  derelict abandoned factories, deteriorating homes and could just feel the poverty of the minority inhabitants of this once blue collar prosperous area. In Philadelphia in the near inner neighborhoods as well as on the old west side the same minorities lived in poverty and bleakness where once factories  provided a good working class life.   More proof that America's old 19th century industrial epoch is behind us.  After leaving along the old MAIN  LINE we entered the western suburbs which is the start of the vast German swarth which reaches across the northern part of the country clear to the Pacific Coast. Beginning in 1682 the "Pennsylvania Dutch" (the translation of the English speakers of  Deutsch) came to this country.  Even today some of the Amish still speak a form of German within their own communities. Here they remain farmers, but as you cross Pennsylvania more "secular" Germans can be seen as far west as Pittsburgh along the Lincoln Hwy (Route 30).  These are the "Eastern" Germans, but after Pittsburgh you sense you are in the Mid West where after the Revolution these Germans kept moving west in their Conestoga Wagons.  Now, the landscape flattens out and so does the mind set and attitudes of the people.  Here there is cheerfulness, but less imagination, it seems.  It is a BURGER KING, MC DONALDS and MOTEL 6 world here. It is hamburgers and HUGE servings of everything.  Only in the urban areas is there much sophistication.  Chicago is the great  exception. Just out of Chicago and to perhaps 50 miles out of St. Louis we are back to the German Mid West.  Subtly we sense a change in the inhabitants.  More and more and then dominantly we enter the region of the migrating Appalachian Scots-Irish heritage. This is the area, just south of the German swarth, where the Appalachian folk moved west out of their mountain strongholds after the Revolutionary War ended. These folk are even more insular, but with greater Hoop De La in their attitudes than with the Germans.  Cowboy talk increases , but the food remains the same... too much for too little cost and too many calories.  The proportion of Obese people increases. By Oklahoma the Native Americans and Mexicans are seen in large numbers, Their influence is cultural, but surely not political in this state. Politically, from mid-Missouri to all of Oklahoma the white population is about 80% Republican.  My Obama car sticker was not approved of by many.

By the time we crossed the New Mexico border, the Hispanic and Native American population was even greater.  In Tucumcari it was still dominated by "Anglos"  most Appalachia folk and some Germans.  But by Santa Rosa and Santa Fe it was decidedly more Mexican, Spanish (the earliest settlers on what is now American soil) and Native American.  Here there seems to be a guarded acceptance of each other's culture. This was especially true in the Santa Fe area. Here Caucasian non- Spanish seem still to be the intruders in this Spanish Missionary culture.  Here it is easy to understand the great diversity of the country and the challenge it poses for our future.  Once in Northern Arizona Native Americans take firm hold and are the Majority,  Here few "Anglos" live anywhere but in the larger towns.

In California we return to the sophisticated areas of the East and some Mid Western urban areas.  It is a nation sharply divided, and yet, it is a nation which prospers because of its diversity since the idea of ONE NATION, INDIVISIBLE is accepted by the vast majority.  Our nationalism is not, as in Europe and Asia, based on one ethnic group based on their own language, but a nation based on an idea not an ethnicity.

Comments most welcome.  I hope I have not bored you with my thoughts 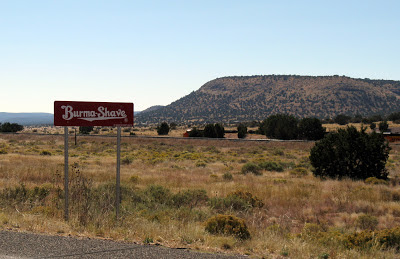