An instructive article from Sunday's New York Times Magazine, Liberals Are Ruining America. I Know Because I Am One by Steve Almond.

I suppose I am a social liberal and a fiscal conservative, seemingly incompatible, but only in short term objectives, not long term aspirations.  In other words, I truly believe that with cooperation we can achieve that fine balance of a safety net for those who need it, and a fairer tax system, with fiscal controls.  But the pollution of the media by extremist talk shows and PAC messages, is crazy making, sound bites to incite their followers, and draw reactions from the opposition.  We've become a nation of finger pointing screamers, and now from arsenal of the Web and Cable, political grenades can be lobbed endlessly, 24x7.

Back to Steve Almond's admonition:  Imagine, if you will, the domino effect that would ensue if liberals and moderates simply tuned out the demagogues. Yes, they would still be able to manipulate their legions into endorsing cruel and self-defeating policies. But their voices would be sealed within the echo chamber of extremism and sealed off from the majority of Americans who honestly just want our common problems solved. 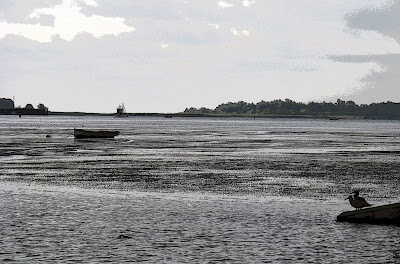