I’ve said it many times but it bears repeating that one of the very best reasons for living in SE Florida are the myriad cultural opportunities, especially being able to enjoy the music we love most, the Great American Songbook.  Luckily for us, in one weekend alone, we attended two concerts and a jazz jam.

Saturday night Linda Eder performed at the Eissey Campus Theatre.  We’ve heard her over the airways, but have never seen her in concert.  The place was packed, an unusually rainy night, but the concert started right on time.  Ms. Eder, a Minnesotan, is a statuesque, attractive performer, with a powerhouse voice and she’s as comfortable with standards as with Broadway hits.  I would imagine she could handle a Patsy Cline classic as well; she has tremendous range and sensibility. 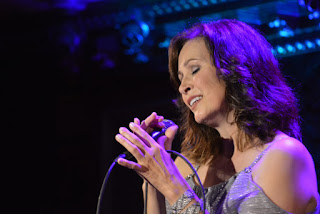 Her rise to fame began in Frank Wildhorn’s musical Jekyll & Hyde in which she made her Broadway debut, originating the role of Lucy.  She and Wildhorn were married in 1998, and later divorced, but their son who is now 20 is a songwriter. Eder, who collaborated with him on the lyrics, sang one of his songs during the program.  She has recorded a record number of CDs, 18 so far.

Usually when a “diva” is giving a concert we get to know a little about her career, but what I related is about all she told.  Essentially, it was the music, more than a score of songs, too many to list here, but showing her solid versatility and wide range.  A good interview with Eder can be found at this link.

Her “signature” songs were included, both with rousing standing ovations.  The man sitting next to us related that he’s been following her around the country since 1999, an ardent fan, well understood given her delivery of "Someone Like You" from Jekyll & Hyde, and "Man of La Mancha.”

We loved her rendition of “As If We Never Said Goodbye” from Sunset Boulevard which we saw one New Year’s Eve on Broadway during its opening run.  Other fairly recent Broadway classics included “Bring Him Home” from Les Misérables, and “What I Did for Love” from A Chorus Line.  One of my personal favorites, “Losing My Mind” by Stephen Sondheim was particularly appreciated by us.

Standards included hat tips indirectly to Sinatra, with “The Best is Yet to Come,” Just in Time.” and “They Can't Take That Away from Me,” as well as Barbra Streisand classics “Before the Parade Passes Me By” and "The Music That Makes Me Dance."  Those in particular demonstrated Eder’s clear phrasing, something that impressed me as those songs’ lyrics are as important as the music.

Gershwin’s “The Man I Love” was passionately sung, so fitting for this torch song.

Songs not normally heard at such concerts were Henry Mancini’s "Charade" and Charlie Chaplin’s “Smile,” the latter being sung with a flute accompanist.  Both songs so plaintive, but beautifully sung by Ms. Eder.

Her band was great, a sax, drums, the bass, and a very capable musical director, her pianist, Billy Jay Stein, who had the biggest grin on his face throughout the concert, a man who truly loves his “work.”  Perhaps it helped that his parents who live in Wellington, FL were in the audience and an appropriate acknowledgement was made during the concert.  Eder is a true Diva with a BIG voice.

This segues nicely to the next day, actually late afternoon to catch The Choral Society of the Palm Beaches concert which featured another Diva, the guest artist soprano, Lisa Vroman in a program titled Broadway’s Best; Soaring from Stage to Screen.

Here she shared the stage with the Choral Society itself, in good form for a few solo numbers and to back up Ms. Vroman.  She also had a fabulous piano accompanist, the Cuban born classical pianist (and teacher) Dr. Erikson Rojas.  She sang a couple of duets with Mark Aliapoulios who is the Artistic Director of The Choral Society of The Palm Beaches. 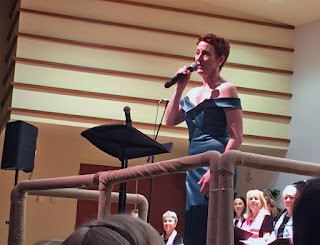 Unlike Linda Eder, Lisa Vroman tells the audience a little more about her extensive musical history, sharing her Broadway roles and performances with orchestras around the world.  She is a soprano.  Her voice well suited for operatic as well as Broadway roles. One of the major highlights in a long career was playing Christine in The Phantom of the Opera on Broadway.

This concert had all favorite Broadway numbers, starting with “It’s a Grand Night for Singing” from Rodgers and Hammerstein’s State Fair sung by the Choral Society, and then Ms. Vroman making her stage entrance to sing more Rodgers and Hammerstein, the not often performed “I Have Confidence” and then the beloved “Do Re Mi” both from The Sound of Music.  The men in the chorus did a rousing and fun rendition of “There is Nothin’ Like a Dame” from South Pacific.

Ms. Vroman sang a heartfelt rendition of "Till There Was You" by Meredith Willson from his musical play The Music Man.

Then she and the Choral Society presented a number of melodies from one of my favorite Rodgers and Hammerstein musicals, Carousel before the intermission.

Selections from Beauty and the Beast, Hello Dolly, and then songs from Oklahoma served as an inspiring concert conclusion, all songs we’ve heard over and over, and would like to hear over and over again. They are especially moving with a well rehearsed Chorus of voices. Lisa Vroman, and Linda Eder are each in a class of their own. 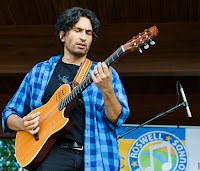 From the Choral Society, we went directly to the Jupiter Jazz Society Jam at Double Roads to see the guest artist, Jérôme Degey , an impassioned French guitarist who hums the complicated jazz licks as his fingers work the frets.  The audience really gets into the jams and in this case a young couple was dancing a version of the “west coast swing” which I tried to capture for Twitter here.  One can see Degey working in the background.

So, from the Great American Songbook, to Broadway to Jazz, it was a moving weekend, an excellent reset and reflect during this gathering election season storm. 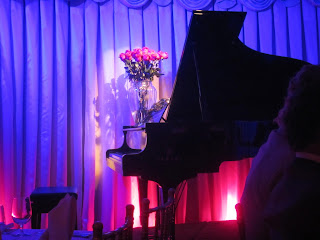 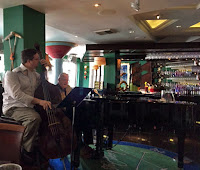 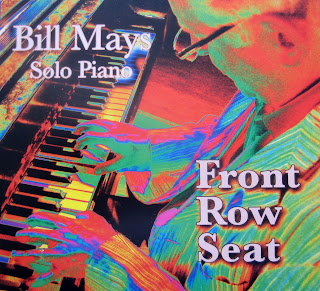 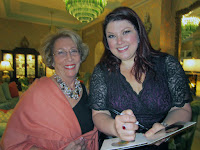 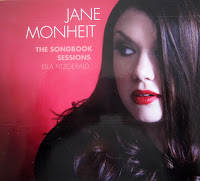 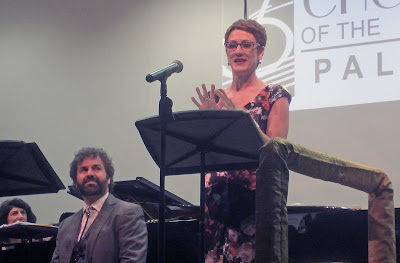