An old "friend" died two days ago, Alan Abelson, someone who enlightened and amused me each Saturday for the last 40 years or so from the pages of Barron's, specifically his Up and Down Wall Street column.  In this age of 24 x 7 financial reporting (or what passes as financial reporting), one could depend on Mr. Abelson to present the contrarian view, with an acerbic wit.  He made sense of a lot of nonsense, and I read his columns as I would a fine novel, valuing every word.  He was to financial reporting as H.L. Menken was to American culture. Saturdays will not be the same without him (and haven't been while he had been ill and unable to write).

My son, Jonathan, was equally upset to hear this news, making an interesting observation. He thought that, judging by his writing, Mr. Abelson was about his own age, but "writing beyond his years in wisdom and insight." Indeed, he was that kind of writer, writing with the vigor of a much younger person, but with the authority of experience.  Now he too is one for the ages. 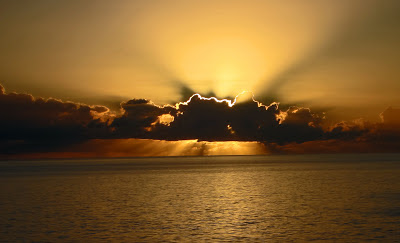 A Tribute in a Most Unlikely Place

This week’s Barron’s Magazine, the Dow Jones publication that purports to be “America's premier financial weekly “, mentions, as among its must “six economics books to take to the beach,” Rabbit Angstrom; The Four Novels. (“Worth Mulling: A Late-Summer Reading List by Gene Epstein). Kudos to Barron’s to include Updike and to recognize that literature is life, encompassing economics as well. As Epstein states:

“Finally, the death in January of novelist and critic John Updike must not go unremarked. The last two novels in his tetralogy about the fictional Harry "Rabbit" Angstrom -- Rabbit Is Rich (1981) and Rabbit at Rest (1990) -- capture the world of work as few novels have. If the Toyota dealership in which Harry flourishes (in Rich) and then sees destroyed by his son Nelson's cocaine habit (in Rest) does not quite make him a conscious capitalist, it comes pretty close. The four works together, including Rabbit, Run and Rabbit Redux, are also the closest thing I know to the great American novel.”

It is hard to accept that our greatest and most prolific writer is dead. I am presently reading Updike’s short story “Personal Archaeology” from his last collection, My Father’s Tears, which begins, “In his increasing isolation – elderly golfing buddies dead or dying, his old business contacts fraying, no office to go to, his wife always off at her bridge or committees, his children as busy and preoccupied as he himself had been in middle age – Craig Martin took an interest in the traces left by prior owners of his land.” It is a perfectly crafted story about the passage of time and our place in the continuum. More on that story and the collection later.
.
Posted by Bob at 5:24 AM