Here’s some positive news from or about people who can help point us in the right direction. First there was the big news that Paul Volcker will finally take a key role in addressing economic reform, particularly with the reinstatement of some of the key features from the Glass-Steagall Act. Joseph Stiglitz touches upon that need as well as other issues in an extract from his new book, Freefall; Free Markets and the Sinking of the Global Economy in a piece entitled “Why we have to change capitalism”

We now know the true source of recent bank bonuses: “free money” profits: According to Stiglitz, “the alacrity with which all the major investment banks decided to become ‘commercial banks’ in the fall of 2008 was alarming – they saw the gifts coming from the federal government, and evidently, they believed that their risk-taking behaviour would not be much circumscribed. They now had access to the Fed window, so they could borrow at almost a zero interest rate; they knew that they were protected by a new safety net; but they could continue their high-stakes trading unabated. This should be viewed as totally unacceptable.” Also, Stiglitz puts the bailouts in the context of the bigger picture: “the failures in our financial system are emblematic of broader failures in our economic system, and the failures of our economic system reflect deeper problems in our society. We began the bailouts without a clear sense of what kind of financial system we wanted at the end, and the result has been shaped by the same political forces that got us into the mess. And yet, there was hope that change was possible. Not only possible, but necessary.” As a consequence he argues for “a new financial system that will do what human beings need a financial system to do.”

Meanwhile, the Financial Times carried an excellent piece on Paul Volcker now that he is again front-and-center, Man in the News: Paul Volcker. For too long now Volcker inexplicably had been pushed off the center stage. Last March, as the market was in complete free fall, my tongue-in-cheek piece about “the new era of the 177K” asked, “Where is Paul Volcker to lead the way back to the 401K?”. Per the Financial Times: “this week the towering former Fed chief stood by Barack Obama’s side as the president embraced what he dubbed the “Volcker rule” banning proprietary trading – over the reservations of some of his most senior economic advisers.”
.
Then, John Hussman, the economist who runs his own mutual funds, and each Monday blogs about his views, published, today, a lengthy, carefully reasoned Blueprint for Financial Reform.
This is an extraordinarily detailed eight point plan/proposal and rather than giving the bullet points here, go to the link. It deserves careful consideration by our elected officials. Needless to say, he sides with Volcker. Hussman for Chairman of the Federal Reserve or bring back Volcker?
.
I've argued that in addition to financial reform, the main economic focus must be job creation: “a true recovery requires jobs, jobs, jobs – and how are they going to be created – by banks trading energy futures? What happened to the commitment to the infrastructure? Our roads, utilities, and public transportation are falling apart. Alternative energy seems DOA. Aren’t these the areas our financial recourses should be focused on, ones that will create jobs, in construction, technology, and finance, and can lead a true economic recovery we can pass on with pride to future generations?” 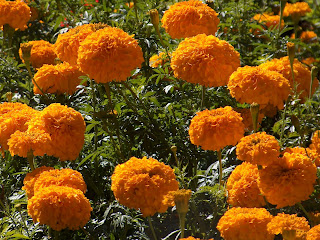 “I looked at my 401K and it’s now a 201K ba-dum-bum-CHING!" So, the joke goes today, but, don’t look now, it’s a 177K based on the S&P 500 as shown below. If you were able to buy the inverse of the change in the National Debt during the same period, your 401K would be a 485K. Interestingly, invested in gold it would be about the same, 498K, and with the 30 year Treasury bond you’d have a 544K for the same period. So much for hindsight, but much to be said about asset allocation.

The water torture nature of the decline in equity values, without the capitulation everyone has been waiting for, as well the disappearance of Bear Stearns, Lehman Brothers, Merrill Lynch, and the implosion of AIG, Bank of America, Citi, GM and, now, even GE, speaks worlds about the gravity of the situation. AIG has become a bottomless pit into which we have dumped $170 billion in taxpayer’s money and now have 79.9% ownership of an asset that seems destined to become a black hole of unknown proportions. While President Obama’s sincerity in following through on promises for health care reform and other social issues is applauded – and highly trumpeted on the government’s new web site http://www.recovery.gov/ -- if our financial institutions entirely fail, everything else becomes meaningless.

Paul Volcker gave one of the clearest explanations as to how we got to this point in a speech he gave in Canada a couple of weeks ago, saying “this phenomenon can be traced back at least five or six years. We had, at that time, a major underlying imbalance in the world economy. The American proclivity to consume was in full force. Our consumption rate was about 5% higher, relative to our GNP or what our production normally is. Our spending – consumption, investment, government — was running about 5% or more above our production, even though we were more or less at full employment. You had the opposite in China and Asia, generally, where the Chinese were consuming maybe 40% of their GNP – we consumed 70% of our GNP.”
Full text: http://www.ritholtz.com/blog/2009/02/paul-volcker/

He argued, “in the future, we are going to need a financial system which is not going to be so prone to crisis and certainly will not be prone to the severity of a crisis of this sort.” In effect the Glass-Steagall Act that had been enacted during Depression 1.0 separating commercial and investment banks -- and had been repealed in 1999 thanks to Phil Gramm and other deregulation zealots– needs to be reinstated during this Depression 2.0. Where is Paul Volcker to lead the way back to the 401K?