This entry is an easy one to write, as most of the content already existed in some form, and it makes more sense for me to merely connect things and add some comments.

To provide an overview, a week ago last Saturday we attended a special affair in Hampton Bays, a celebration of the union of two very old, dear friends, Fred Rappaport and Michael Parkin.  We’ve known them for about 47 years of the 54 they have been together.  As I noted in a previous entry Ann and I met because Fred hired both of us and they attended our own wedding 42 years ago: 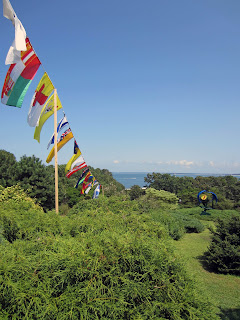 My first job out of college in 1964 was at a division of Academic Press, Johnson Reprint Corporation. I was hired by the Vice President at the time, Fred, who was living with his partner, Michael. I remember when he hired me, thinking he's so old, 35. Ha. About six months later he also hired a "sassy dame," and she showed up at a New Year's Eve party that Fred and Michael threw, I think it was Jan. 1966. She was wearing a backless dress right down to the tip of her derrière and believe me, even though I was there with my 1st wife, I took note as she moved to the music. Later she became wife #2 (Ann). So that little intersection of time and space changed my life and hers, thanks to Fred's astute hiring practices.

Well, Fred and Michael have stayed together all that time and, as Fred put it, they "finally tied the knot after 54 years," a civil union performed at New York City hall at the close of 2011! What better way to start the New Year!
But that civil union was not held with all their friends and family present, and that is what Saturday, August 4th was all about, at their home in Hampton Bays.  They had bought property there about fifty years ago, which included a small, rustic cottage.  I actually stayed there 47 years ago for one summer weekend, with my ex-wife and our, then, four month old baby, Chris.  All I can remember was partying most of the night. 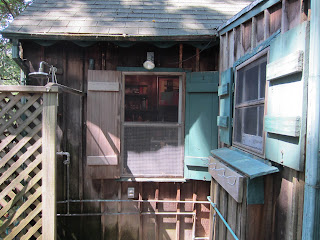 Since then, they built a beautiful, modern home, higher on the property, overlooking Peconic Bay, but the cottage still stands and the ceremony took place adjacent to the cottage, so appropriate for the occasion. 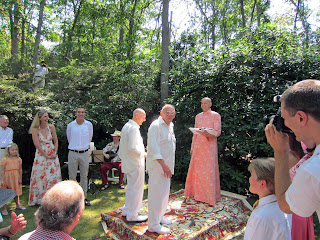 It was a special day in every way, the trip there, the memories, participating in the renewal of their vows before all.  Bill O'Brien wrote and conducted a ceremonial service that included laughs and love.  There was one special section that I quote below as it is unique to all the wedding ceremonies that we’ve ever attended. It brought each of us into the service, completing a circle of life, why we were there. There was such special meaning to Ann and me as our lives were so profoundly impacted by that seemingly random act of Fred hiring us both at the time that he did.  Here is what Bill said as Fred and Michael were asked to turn to the assemblage before reiterating their vows:

While there is much that you have achieved, perhaps your greatest accomplishment is assembled behind you. I ask that you now turn and face the congregation. These are your fellow travelers.  Please take a moment to look into their loving faces. Feel the warmth of their love upon you. These are the men, women, and children who have accompanied you on your journey, who have brought you to this day.  This is your harvest. And these men, women, and children are your wheat.

Looking across the audience, there was hardly a dry eye.  Indeed, Fred and Michael, you have touched us all.

Although it was my intention to write up a full description of our day, my best friend ---my wife Ann -- beat me to it in an email to her friend Estella, a woman she hired after being hired by Fred. Estella now lives in Spain and is one of the world’s leading authorities on the art of Flamenco (that is a long story onto itself, to be told here one of these days).  I do not write with Ann’s spontaneous, natural voice, one that is so fitting for this entry, so here is Ann’s email describing the day: 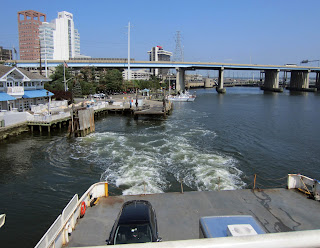 On Saturday morning, Bob and I got up very early, and left the boat to catch the Port Jeff Ferry out of Bridgeport, CT that takes about an hour and a quarter to cross LI Sound.  We were on our way out to Hampton Bays, another hour and a quarter drive once we drove off the Ferry in our car with the A/C cranked up to max.  It was another scorcher of a day, but we hardly knew just how bad it was going to be.  We were on our way to Fred’s summer house that he built with his partner, Michael, about 20 years ago.  They were officially married this past winter in NYC by a Justice of the Peace at City Hall where it is now legal for same sex couples to wed. This was an afternoon party to celebrate their union, after 54 years together, and Michael's 80th birthday.  Fred is 83, if you can believe that. 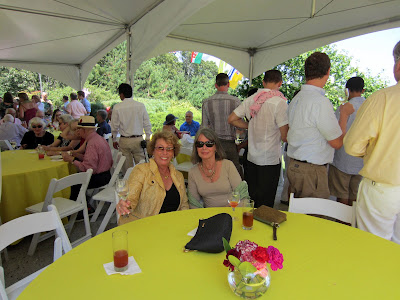 When we arrived, it was a scene out of a movie, International banners and flags crisscrossed their steep drive, and tents were set up with tables, a bar and an area with gorgeous Hors d'Oeuvres and Canapes and passed hot yummy food.  And this was just the Cocktail hour!  At 2:00 PM, we were all invited to walk down the drive to a clearing where chairs and a dais were set up; Fred and Michael were having a real wedding ceremony with all their friends and family present.  It was astonishing, I laughed and cried, the officiator was hilarious, a flutist played, at least four different people sang, some to us and a very pregnant lady just to them holding their hands, more music, guitar and flute, and more kissing.  It was without doubt one of the most wonderful, touching and beautiful wedding ceremonies I have ever attended.  The only one thing I would have changed was the weather.   Everyone and I mean everyone, woman, man, child, were in a pool of sweat.  It was 95 degrees and 100% humidity.  I have never schvitzed so much in my life. At the end, a woman I just happened to meet and found interesting, Arlene, presented them with Indian garlands made out of marigolds which are typically exchanged by newlyweds at the conclusion of Hindu ceremonies. It was the perfect touch as Fred and Michael are world travelers and in fact were in India year or so ago. 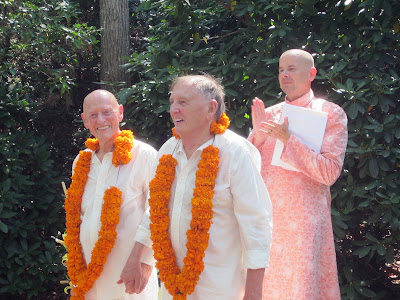 Afterwards, we returned to actually eat more food, this time a magnificent alfresco luncheon was set up with all of my favorite foods.  Who could eat?  I was drenched in perspiration, full from all the prior food, slightly high from the 3 or 4 (or maybe more) glasses of iced white wine I kept drinking and having such a good time talking to all the interesting people there.  Some flew in from London, some from Hawaii. I had a fascinating discussion with a gay couple from Seattle (one of whom is a travel guide and has been all over the world, India of course, included.) Naturally I told him that I was going there with a friend from Jerez, Spain in October and he was impressed that I was so well read on India and knew so much about the culture, religion, history and social conditions.  He said it is amazing how ignorant most people are when they travel, knowing nothing about the country they are seeing. I recommended Roberts’ book, “Shantaram” for him to read, extolling it as one of the finest fictional memoirs of India I’ve ever read.

Finally after having something to eat and more schmoozing, we slipped away to our car for the long haul back to Ct, deciding to drive this time over the Throgs Neck Bridge rather than be on the Ferry schedule.  Let me tell you, there is nothing as delicious as a really good air conditioning system in your car!  For the first time that day, we were finally cooling off.  But not even the heat could put a dent in all the good feelings we took home with us, having witnessed such a blessed day of love and affection between dear friends and the people gathered there, all realizing that something very special occurred to each and every one of us. 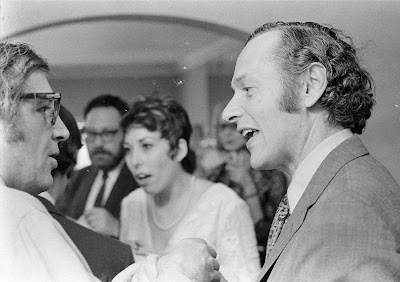