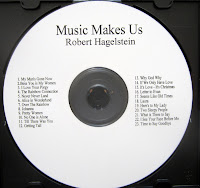 David Byrne made a profound observation in his recently published How Music Works: "We don't make music; it makes us."  So naturally we are partially defined by the music we listen to. For myself, it is the Great American Songbook, music we sometimes refer to as "The Standards," many coming from the theatre and films or just pieces performed by some of our favorite recording artists.

I've made two CDs in the past several years and for the complete list of the songs see the end of this entry on the Great American Songbook.

Since I made those CDs I've taken some piano lessons, pretty much my first block of lessons since grade school years. Those lessons were abruptly brought to an end by my open heart surgery and although I would have liked to resume them, it is a huge commitment of time. Sigh, if I was only younger! Still, the interim lessons have helped my skills, and I decided to test them with a new CD, and selected some more challenging pieces, diverse ones, from "The Songbook." Appropriately, this album is named Music Makes Us. 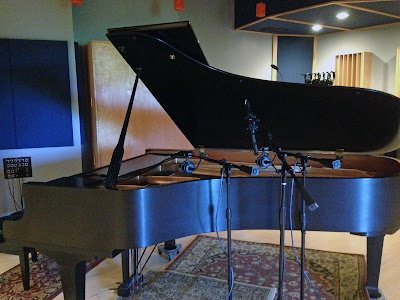 Some of the songs in this album are close to my heart for mostly idiosyncratic reasons, which I will explain. But first here is the complete list:

My Man's Gone Now, Bess You Is My Woman Now,  I Loves You Porgy (from Porgy and Bess, music by George Gershwin);  The Rainbow Connection (from the Muppet Movie by Paul Williams and Kenneth Ascher); Never Never Land (from Peter Pan, music by Jule Styne); Alice in Wonderland (from the Disney animated film, music by Sammy Fain); Over the Rainbow (from The Wizard of Oz, music by Harold Arlen); Johanna, Pretty Women (from Sweeney Todd by Stephen Sondheim); No One is Alone (from Into the Woods by Stephen Sondheim), Till There Was You (from The Music Man by Meredith Willson); Getting Tall (from Nine by Maury Yeston); Why God Why (from Miss Saigon music by Claude-Michel Schönberg); If We Only Have Love (from Jacques Brel Is Alive and Well and Living in Paris by Jacques Brel); It's Love - It's Christmas, Letter to Evan (by Bill Evans); Seems Like Old Times (by Carmen Lombardo); Laura (by David Raksin); Here's to My Lady (by Rube Bloom; lyrics by Johnny Mercer); Two Sleepy People (by Hoagy Carmichael; lyrics by Frank Loesser); What is There to Say (by Vernon Duke and Yip Harburg); I See Your Face Before Me (by Arthur Schwartz; lyrics by Howard Dietz); Time To Say Goodbye (or "Con te partirò" by Francesco Sartori)

The first three are from Porgy and Bess by George Gershwin. There are many other Gershwin pieces I love to play but Porgy and Bess stands alone as a folk opera.  What can one say about such a consummate musical genius other than he was a prodigy who died too early but nonetheless flourished in all musical genres, from popular songs, to Broadway, to opera, to the concert halls.

Then I play four songs that are whimsically fairy-tale focused -- think rainbows and wonderlands.

From there, I move towards Broadway, the first three pieces by the reigning king of the Broadway Musical, Stephen Sondheim, all favorites of mine, two from Sweeney Todd and the breathtakingly haunting No One is Alone from Into the Woods. 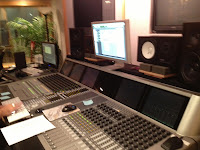 A few months ago we saw an inspired revival of The Music Man at the Maltz Jupiter Theatre. I had forgotten that the beautiful ballad Till There Was You was from that show, and I couldn't get it out of my head until I decided to include it here.  We've haven't seen Nine, based on Federico Fellini's film 8½, but I found Getting Tall in my Broadway Fake Book and found myself playing it over and over again.  Very poignant and so included here.  On the other hand, we saw Miss Saigon in London, and thought Why God Why was a show stopper -- certainly as moving as some of Claude-Michel Schönberg's other pieces in his more famous Les Misérables.

That section concludes with If We Only Have Love from Jacques Brel is Alive and Well and Living in Paris which is the first Broadway (actually off Broadway) show that Ann and I saw together when we were first dating -- in 1969. As such, it has special meaning to me. That song is the concluding piece from the revue.

A brief shift, then, to two pieces by Bill Evans, his one and only (to my knowledge) "Christmas piece" -- It's Love - It's Christmas -- and the other a musical "letter" to his only son, Evan, soon after he was born. If I could be reincarnated as a professional pianist, it would be in the Bill Evans mold, but he was truly one of a kind.

Then a group of songs, classic standards, such as Two Sleepy People by Hoagy Carmichael, which is my little hat tip to the late and great Oscar Peterson whose rendition of this song is the best I've ever heard.

Finally, and appropriately, I conclude with the now well known (thanks to Sarah Brightman and Andrea Bocelli) Time to Say Goodbye, which is also the last piece I recorded at my session at Echo Beach Studios in Jupiter, Florida, a recording studio that is mostly frequented by professional musicians -- which brings up the difficulty of the process itself. 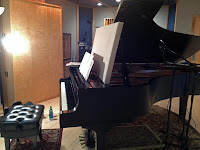 I had one three-hour block to get everything recorded, to get it right as best I could.  Three hours to make a 45 plus minute CD. Not only is it imposing, sitting alone in the recording studio before a concert grand piano with microphones all around, with the control room behind a glass in which my technician (the very competent and understanding Ray) is monitoring events, but it is exhausting as well. The fatigue factor took its toll, especially with the longer, more complicated pieces, when I had to flip pages of music quickly while also trying to avoid that sound being recorded.

The other difficult issue is simply being able to translate what I "feel" when playing the pieces and the recording studio is not the most conducive place for that. It becomes a technical performance which if one is a professional, perhaps that is good enough, but for me, I need that feeling factor. It is sort of like having to make love in a public place. Nonetheless, I had established big goals for this CD, worked towards them, and I'm happy I did it, even if those results may not be the same as in the privacy of my living room playing my own piano.

I'm not sure whether I'll do another CD again.  Between my three, I've recorded about 75 songs.  I'm somewhat content with that. The piano has been and will continue to be a big part of my life. I've been lucky enough to have a little talent, and a big love for the Great American Songbook genre, and the time to play for pure enjoyment.  But never say never again! 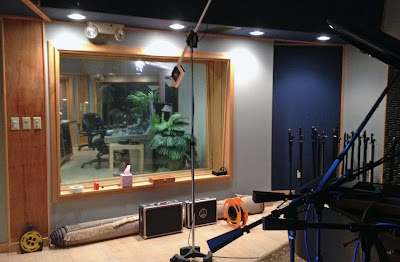