Before leaving for Connecticut I felt inclined to read Julian Barnes’ Nothing to be Frightened Of, a strange potpourri of philosophy, memoir and literary commentary, along with some ghoulish humor, on death.  I had read Barnes’ Booker Prize winning novel The Sense of an Ending and found him to be a talented writer.

Here Barnes turns to essay format, dealing with what awaits all of us, something we intellectually accept, but in the gut?  Barnes approaches the topic as an agnostic, although he was a declared atheist earlier in life – the difference between the two terms as he expresses his philosophy seem threadbare to me.  Here’s but one example of a fine writer at work on such a topic:  It is not just pit-gazing that is hard work, but life-grazing.  It is difficult for us to contemplate, fixedly, the possibility, let alone the certainty, that life is a matter of cosmic hazard, its fundamental purpose mere self-perpetuation, that it unfolds in emptiness, that our planet will one day drift in frozen silence, and that the human species, as it has developed in all its frenzied and over-engineered complexity will completely disappear and not be missed, because there is nobody and nothing out there to miss us.  This is what growing up means.  And it is a frightening prospect for a race which has for so long relied upon its own invented gods for explanation and consolation.”

I must confess I share the universality of the “fear” of death, not so much of the mystery of a so-called afterlife, but of the process itself.  I don’t feel like Barnes’ often quoted 19th century French writer Jules Renard who once said: “Don’t let me die too quickly.”  It’s one of life’s experiences, so why miss it?  I say, why revel in the experience of it (especially today’s medically prolonged version) when you’ll not remember it?  To me life is about memory.

And the operative word of the last sentence is “me,” the persona that remains in others’ memory for a while, especially family and close friends, but in another generation or at most two that disappears as well. And against the backdrop of the limited life span of the sun and therefore the earth itself (limited when comparing it to “eternity), we all make a forgotten appearance.  Perhaps that in itself is the most frightening aspect of our “appointment in Samarra."

So the lesson is to live well and cherish the few in our lives to whom we are close and in a sense validate our own existence.  As we age, this is a diminishing circle.  I’ve written about the death of friends and family before in this blog.  Yesterday, Ann and I lost another friend who died in his sleep after a long illness, Michael Parkin (pictured on the left at Ann's 40th surprise birthday party). 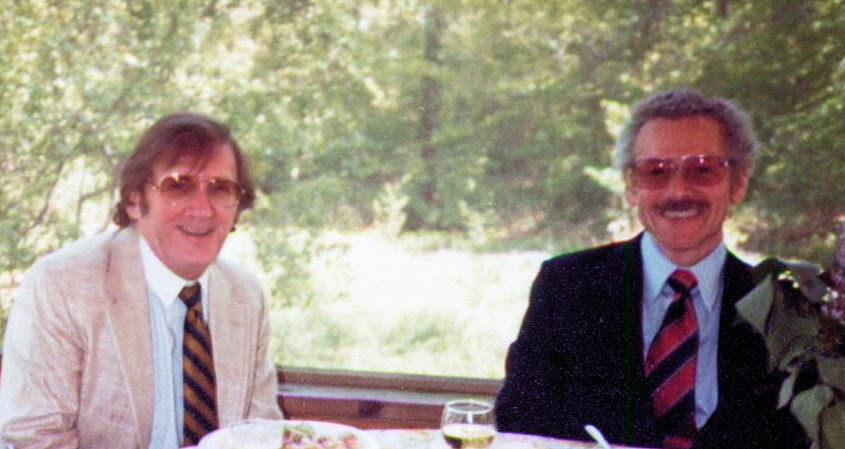 We’ve known Michael for nearly fifty years, and I wrote about the wedding celebration we attended almost two years ago when he and the love of his life, Fred, formalized their already existing union. 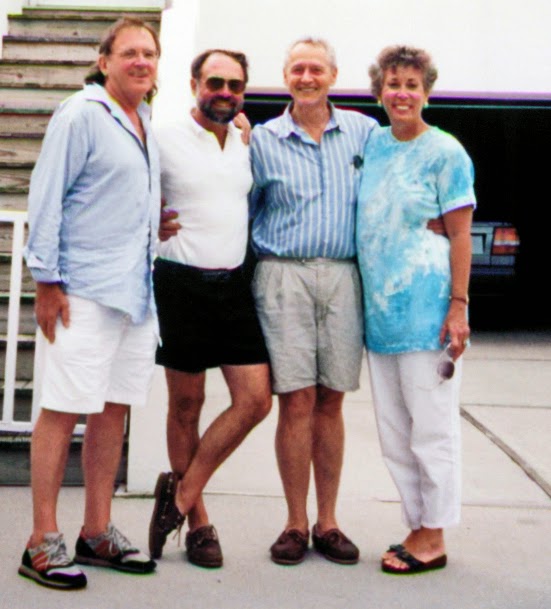 They had 57 wonderful years together.  Michael will always be remembered by Ann and me for his zest for life and erudition.  There are few aspects of history that escaped his purview and few places in the world where he and Fred had not traveled.

In fact, France was one such place, and as his health declined he said to Fred that he wanted to live until Bastille Day, and that is the day he died, a symbol of his release and a celebration of a life well lived, a person we will always remember.