It’s already started: media advertising inundation announcing Memorial Day sales. It is bad enough that every holiday is turned into a shopping opportunity, but converting Memorial Day to a quick buck is especially disturbing. How many of us will stop to remember, pay homage to the millions who have given life or limb, or have made extraordinary sacrifices to establish our 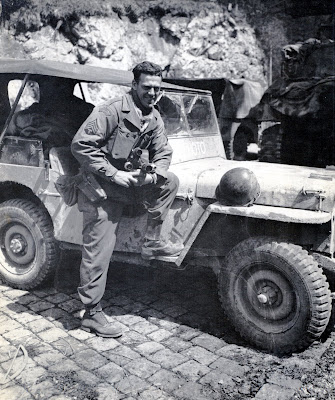 freedoms and protect them? Instead, we head off to the malls or the beach and hardly give a thought to the true meaning of the day. “Lennar Homes announces a Sell-a-thon Memorial Day Weekend Savings!!!”

I think of my father, just a “regular Joe” as he described himself, newly married and having a young son (me), who like so many others went off to WWII. It was not something he wanted to do, and he was ill prepared for the experience. As he said at the conclusion of the war with many soldiers being held in Europe for possible police action, “my desire is so strong, the urge so great to be able to come home again.” But he made those sacrifices.

He never talked much about the war. Maybe that was because he had seen atrocities filming one of the concentration camps at the war’s end as a Signal Corps photographer. Stars and Stripes featured a photograph OF him in one of its pages: “Signal Corps cameraman T/4 Robert Hagelstein, assigned to Ninth Army, ignores the German warning, ‘photography forbidden,’ to shoot movies of activities along the Rhine River March 5, 1945.”
http://www.gordon.army.mil/ocos/ac/Edition,%20Fall/Fall%2001/images/NONO.JPG

Thanks to some of his letters I know how he felt about making the sacrifices of those years: http://lacunaemusing.blogspot.com/2007/11/ikey-lubins-and-letters-from-past.html

I, on the other hand, through a number of coincidences, never served in the armed forces. I was married before the VietNam conflict escalated and although I had planned to go into the US Army Reserve, President Kennedy then declared married men “3A” so I did not enlist. By the time they were calling up married men, I already had a son, and continued to be deferred from the draft. Truthfully, I was greatly relieved at the time. But friends of mine were called, and today I feel a sense of self-reproach about not having been among them.

This heightens my great respect for those who served and I think we as a nation owe more to them than just a tip of the hat and a Sell-a-thon. And, I think it behooves us to reflect on the ideals and freedoms our founding fathers so valiantly and brilliantly struggled to establish. David McCullough’s magnificent biography of John Adams provides a behind the scenes view of the birth of our nation and those sacrifices.

“Our obligations to our country never cease but with our lives.” -- John Adams 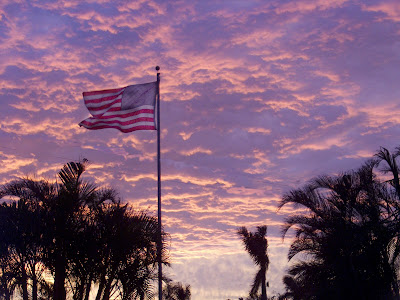 Too Much of a Good Thing?

I’ve written about this many times in this space: the United States has no national plan to reduce our dependence on fossil fuels. And it’s only because we have no leadership and, therefore, our tax structure and incentives are inadequate. China, Japan and Germany are the leaders in solar cell production. Below is a link to a recent New York Times article "Germany Debates Subsidies for Solar Industry." Ironically, the dispute in Germany is whether to curtail some incentives, as they’ve been “too successful,” and this in a country that has less annual sunlight hours than much of the United States.

To briefly quote from the article, “with wind, biomass and other alternative energy also growing, Germany derives 14.2 percent of its electricity from renewable sources…At the moment, solar energy adds 1.01 euros ($1.69) a month to a typical home electricity bill, a modest surcharge that Germans are willing to pay.”

The fear in Germany is that surcharge will have to rise to continue to underwrite the expansion of their solar industry. Seems like a small price to pay for energy independence. Strange that the United States will have to follow the leadership of a country that was an adversary only a few decades ago.

Does history make the man or does man make history? Rarely is there a confluence of events which might help answer that question and, with your presumptive Democratic nomination for the Presidency, you have the opportunity to make the kind of difference our founding fathers did at the birth of our nation, or Lincoln did bringing our nation back from the brink of self destruction, or Roosevelt’s seeing us through the most destructive war in history.

Although one could cite a litany of maladies our nation now suffers from, at the core is our loss of credibility abroad, our lack of a national plan for energy independence, and the ongoing irreconcilability of conservative and liberal values and its resultant impact on the social fabric of race relations, religious tolerance and educational opportunities.

Your life reads like a microcosm of the United Nations, born to a black, Kenyan father who was raised a Muslim, and a white mother who you described as being “detached from religion,” who later divorced your father and married an Indonesian; thus you attended schools in Jakarta until you were ten years old. But you then lived with your white grandmother’s family in Honolulu until you graduated high school. You met your wife Michelle, an African American, while you interned in a law office and you were married at the time you became a Christian.

I came of age during the tumultuous late 50’s and 60’s as the civil rights movement and the cold war raged, as we became mired in a senseless war in Viet Nam, and painfully endured the assassinations of beloved leaders, John F, Kennedy, his brother Robert, and Martin Luther King. Then, we succumbed to the national disgraces of the 70’s, a wrecked economy, becoming hostages to countries that hate us in the Middle East, American prestige sinking to new lows, and the age of Watergate politics. The one thing we could point to with pride was our ability to set a national goal as John F. Kennedy did in 1961, to put a man on the moon by the end of that decade and actually doing the unthinkable, the impossible.

Today is not too far removed from then. Our economic difficulties of mounting national debt and a declining dollar, a decaying infrastructure, and the lack of better healthcare for our sick and better education for our young can be traced to a needless war, and to being hostage, once again, to oil producing nations. Racial and religious divisiveness still erodes the fabric of our society. The view of America abroad has undermined our ability to effectively deal with terrorism and to address global environmental issues. Politics again slithers along a slippery Machiavellian slope.

It is extraordinary that we could be at the brink of electing you, our first African American President. If these problems were less extreme, this moment may not have arrived. Senator Obama, seize the day, and use this unique opportunity as a conciliator, to help bridge the abyss between races and religions, leading us away from Iraq and towards energy independence. We have the alternative energy technology, the clean natural gas resources, and nuclear capability to substantially decrease our dependence on fossil fuels if only we could develop the backbone to sacrifice short-term gratification for long-term gains, declaring it as a national objective. By achieving energy independence, our economic problems will diminish.

Your opponents have criticized your limited political experience, making it one of their main issues in attacking your candidacy. Lincoln too was relatively inexperienced, something he made to work to his advantage. Forge cooperation across the aisle in congress, creating your own “team of rivals” as Doris Kearns Goodwin described his cabinet in her marvelous civil war history.

Some people have pointed to 9/11 as a manifestation of the clash between the Muslim and Christian worlds. Given your personal background, you have what may be a unique opportunity to establish a dialogue between these two worlds and in so doing begin to restore our international standing. Just electing you will demonstrate to the world that we can put our ideals into action.
Posted by Bob at 8:32 AM

I’ve missed reading Friedman who just completed a sabbatical book-writing project that expands an article he wrote for the magazine section a year ago:
http://www.nytimes.com/2007/04/15/magazine/15green.t.html?_r=1&oref=slogin
The book version, Hot, Flat, and Crowded: Why We Need a Green Revolution--and How It Can Renew America, will be published in August.

Why not start a write-in campaign to elect Friedman President? He always seems to have the right perspective on foreign policy and our economic and energy crisis. I also like his even-tempered demeanor. Someone once said you have to be crazy to want to be the President of the United States. Maybe that is the problem with a plan for his Presidency. Friedman is not crazy.

He calls Clinton and McCain’s proposal for a summer gas tax “holiday” political pandering (Amen) and a form of money laundering, borrowing from China, moving it to the oil producing nations, leaving a little in our gas tanks as the broker for the transaction, but also leaving our children with the debt. The analogy would be funny if it were not so sadly true.

But the rest of the article goes to the core of the problem, not having a game plan to achieve energy independence, and helping to repair our decaying environment along the way, something I’ve also ranted about: http://lacunaemusing.blogspot.com/2007/12/politics-as-usual-where-is-leader.html

The ongoing political shenanigans over this issue and the lack of a plan are enough to make me sick. I had thought our current administration was just too clueless to grasp the importance of leading our nation to energy independence through alternative solar, wind, and geothermal technologies. Imagine my shock at seeing Laura Bush recently conducting a TV tour of their home in Crawford, Texas, which is replete with geothermal heating and cooling and a system for capturing rainwater and household wastewater for irrigation. I would have expected this from Al Gore, but George Bush?

His public environmental policies are in direct contrast to what he has done in his own home. So it is not a question of not knowing better, it’s knowing better but not leading our country to a better place, an immoral travesty of the public trust. Where would we be today if we had thrown down the gauntlet at the beginning of his Presidency? By delaying a commitment to energy independence, we have made the goal even more difficult as we must now start with massive debt, and a devalued dollar.

Instead, we pour resources into ethanol with the unintended consequences of food shortages and burgeoning food prices. Sounds like a good plan, subsidize the farmers to buy seeds and fertilizer (at triple the cost vs. last year), squeeze out food crops and tax our water resources, buy oil for the energy needed to convert crops to ethanol (be sure to take on more debt to get that oil), and continue to watch fuel prices escalate in spite of increasing ethanol additives, while paying much more for all food staples (hoarding rice along the way).

Yesterday the Federal Reserve laughably said, “readings on core inflation have improved somewhat” (which excludes food and energy). Maybe it’s time we go back to the Consumer Price Index as a fairer measurement of inflation so government has to face the real facts.
Posted by Bob at 8:52 AM