Ringing in the New Year with the Past


Five years ago we celebrated my 70th birthday on a ship. Needless to say, seems like yesterday.  I was not even thinking that we could do it again.  But the past became the future. Although, looking at the pictures, I see the change, in us, in our “kids.” 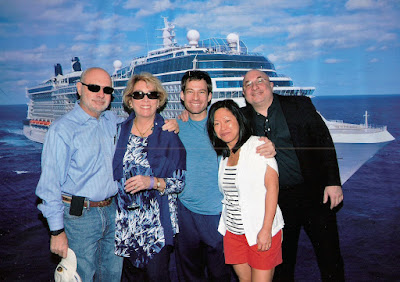 So, for my 75th birthday we managed to enjoy another Caribbean cruise, this time on the Celebrity Silhouette (now considered a mid-sized ship, but, still, about the largest we’d go on – meticulously maintained though, and the meals were surprisingly good with excellent service). This was a destination onto itself, the ports, Puerto Rico, St. Thomas, and St. Kitts being ones we visited before and, now, the first two still bearing the devastation of Hurricane Maria.  But the point was to be together, our little family, which very happily now includes our daughter-in-law to be, Tracie. 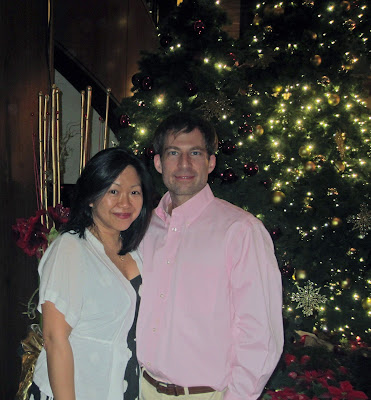 It was an opportunity to get to know her.  Jonathan is a lucky man to be marrying such a lovely woman, intelligent and loving.  She is a pediatric gastroenterologist, with harrowing stories about kids doing what kids will do, like swallowing nails.  Thankfully, there are caring specialized physicians such as Tracie to cope with those events.  I’ve always regretted not having a daughter in addition to our two sons.  It is a dream soon to be realized. 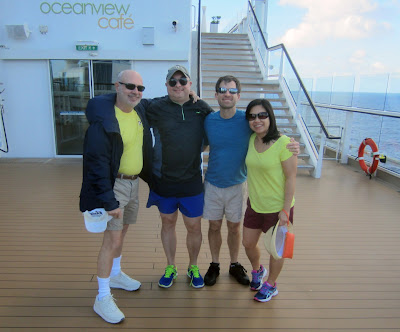 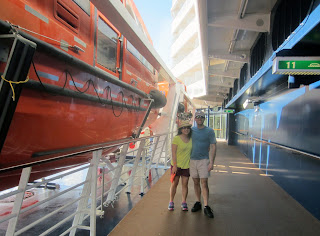 My actual birthday itself was celebrated a couple of days before we left with friends pictured left to right, Harry, Susan, my wife Ann, Lois, John, and the birthday “boy” himself now working on his last quarter century, grateful for whatever of that time the fates allow. 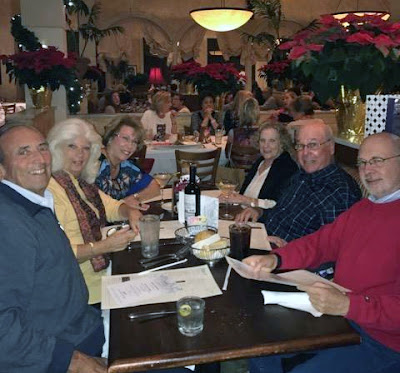 Unfortunately, when we left for the cruise I had a sinus infection which morphed into a chest cold, loading up on a Z pack while on the ship and all the over the counter medications necessary to control my cough.  Never had a fever though so didn’t consider myself contagious and washed my hands scrupulously to spare fellow passengers.  Not exactly the way I envisioned an active cruise.  So it became a relaxed one, leaving the ship only once in St. Kitts.    But as I said, the point was for our family to be together.  Their work schedules had to be arranged almost a year in advance, so we were lucky to coordinate a birthday celebration redux.

We didn’t “do” shows or games or other activities on the ship but instead hung out at the spa where there are not teeming crowds. They served light lunches there, and it was a place where Ann, Jon, and Tracie could play Scrabble (in addition to playing on our Verandah).  Chris and I read mostly. 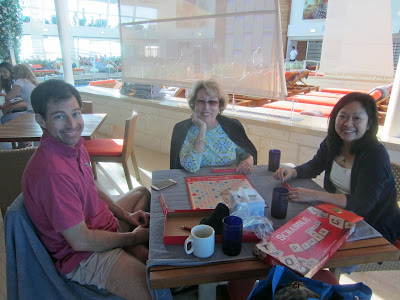 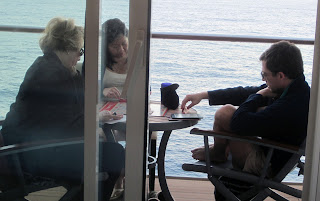 Ann and I retired after dinner to our stateroom to read.  Or to view a late sunset. 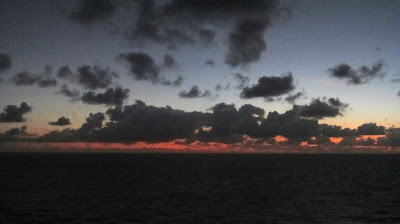 My main read turned out to be my own “book” a PDF retrospective of my Dramaworks blog commentary over the years, which I published with a preface in my prior entry 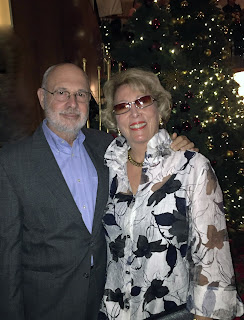 But I also managed to fit in several one act plays by the late Sam Shepard, one of our most important and enigmatic playwrights and engaging actors.  I had bought this collection for my iPad for the trip only months before his recent death.  Many of these plays were written in his early years, some appearing first at Café La Mama where I occasionally went in the 1960s.  It’s possible I could have seen some of them there.  Who remembers?  Theatre of the Absurd was on the rise and the European influence on Shepard is clear.  But he was one of a kind, bringing in his Western sensibilities too.

The first play in the collection, though, is one of his more recent ones, “Ages of the Moon.”  It is about two old “friends” who at long last see each other on the porch of one of their homes in some unnamed countryside, two displaced characters who have the past to chew on and to view the eclipse of the moon.  Dark and funny, it captures the passage of time, the regrets, the hurts, and what time really means: decline.  Best of all is the cadence of Shepard’s dialogue.

I’m not finished with the collection, about half way through, but that gives you an idea of what one might find in Fifteen One-Act Plays by Sam Shepard (2012)

The first stop on the cruise was the Port of San Juan and approaching the Port, one passes the massive Castillo San Cristóbal and from this prospective one would hardly be aware of Maria’s devastation.  This brief video may not play on all devices.

Chris took a bike tour of part of the island and said that the destruction was much evident, trash and remnants of homes, utility lines still down.  Heartbreaking.

The last stop on the cruise was St. Kitts, the island most spared by Hurricane Maria. While Ann enjoyed a hot stone massage at the ship’s Canyon Range Spa, Chris and I took a walk, past the touristy shops and then into Basseterre, the capital of Saint Kitts and Nevis, a place I’ve been before, and always an opportunity for some idiosyncratic photos.  Their Independence Square has a beautiful Italian-inspired fountain. 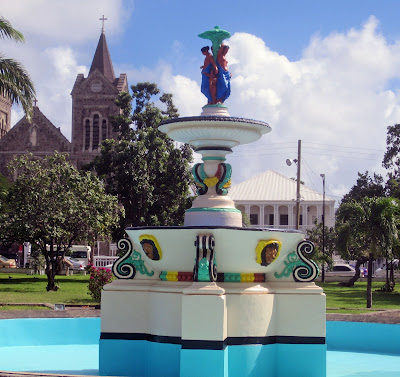 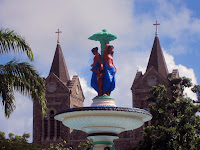 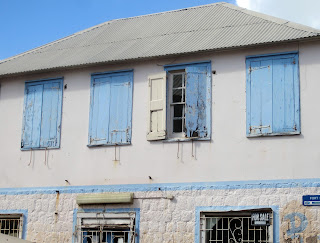 Unfortunately, two cruise ships in port put a damper on things, depriving us of the opportunity to really mingle with the Island’s people.  They were outnumbered. 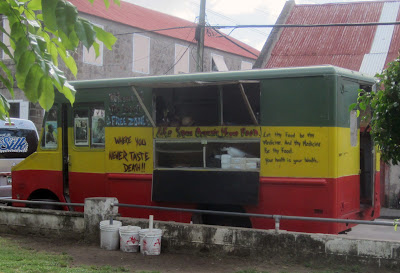 Finally, back to Ft. Lauderdale and the sunrise. 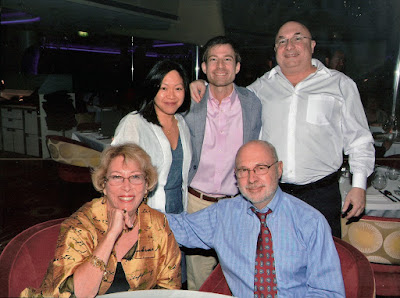