Reassessing the Use of Time


BlogSpot tells me this is my 600th entry.  It only took 10 plus years, but it would make several books of writing.  I think in terms of “books” because of my publishing background.  Looking back it seems like I used these pages early on to frequently express my views about the Wall Street induced recession and then later on resisting the rise of anti-intellectualism in the age of Trump.  I still occasionally turn to comment on “the Zeitgeist” but I’ve been on Twitter over the past year for much of that, clocking in at nearly 1,000 tweets, realizing though it’s merely venting without the possibility of affecting change.

Progressively the Lacunaemusing blog has morphed into articles about cultural events, traveling, books, music, family history, reviewing plays, just about such event I feel compelled to write about. No doubt it will go more in that direction as time permits.

When I posted my 200th entry, I thought had a good explanation of “Why I Do This?”  It’s still stands the test of time.

Twitter is no doubt cannabis for the brain, seductive and addictive.  That is a New Year’s resolution, to cut back on Twitter.  Maybe I’ll have to go cold turkey altogether, but still find it to be a valuable news source, frequently seeing what’s happening even before it hits cable news.  But should I care about the slight lapse of time?  Maybe so if there is a Twitter post announcing the first Nuke has been launched.  Might give me time to scurry to the basement.  Wait!  I have no basement! T.S. Eliot: In a minute there is time / For decisions and revisions which a minute will reverse.

I’ve used Twitter to say some things about my blog, including this recent one:

I'm not sure whether my blog https://t.co/p79UzrDSWe qualifies me as a writer, but the pay of zero and the satisfaction does. https://t.co/YW5eZRSxPh
— Robert Hagelstein (@lacunaemusing) December 30, 2017

Indeed, no pay but plenty of satisfaction, for keeping it up, and by and large I’m proud of its contents.  The collected thoughts of an aging everyman.

But how do I leave this entry without saying something about the Michael Wolff book, Fire and Fury, an expose about the chaos at the White House and the child-like behavior of our President who has defiled the Oval Office?  My question is why should this be “news” as his sociopathic narcissism was well documented by his own behavior well before the election?  We elected him nonetheless, but by an extremely thin margin of the popular vote in three states, WI, MI, and PA, which swung the Electoral College his way.  I had something to say about that on Twitter too:

The most remarkable thing about Michael Wolff’s book is the characterization of Trump was well known before he was elected by the now outdated Electoral College. Why should urban America be held hostage to rural America? When does Congress take action on both issues? https://t.co/M9mv3nzIRi
— Robert Hagelstein (@lacunaemusing) January 5, 2018

H.L. Mencken so prophetically opined nearly 100 years ago:  “As democracy is perfected, the Office of President represents, more and more closely, the inner soul of the people.  On some great and glorious day, the plain folks of the land will reach their heart's desire at last, and the White House will be occupied by a downright fool and a complete moron.”

The time has come and our inner soul has been laid threadbare. We have met the enemy and we are them. 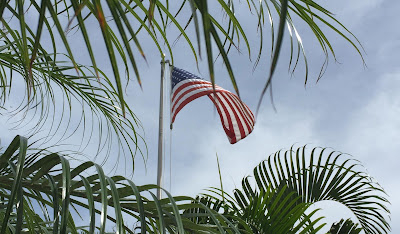