Amazing.  What was a landfill last year has been transformed into a beautiful spring training site shared by the Houston Astros and the Washington Nationals.  The whole training complex is so well done it seems as if it has been there forever. 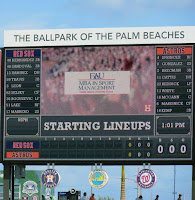 When our friends John and Cathy asked whether I’d be interested in seeing a Red Sox game there I jumped at the chance.  Cathy is a die-hard Sox fan and I’m a Yankees fan so the back and forth banter is fun.  I’ve already conceded this season to the Sox though as they have even further improved their roster for this year, especially with the acquisition of Chris Sale from the White Sox. He only had to change socks, so maybe that’s why New York failed to get him (actually, never really tried – guess they conceded the season as well).

As the laws of serendipity prevailed, yesterday’s spring training game at the new facility between the Sox and the Astros highlighted Chris Sale’s first outing as a Red Sox, throwing 37 pitches over the first two innings, giving up four hits, one earned run and notching two strike outs.  He looked rusty but he seemed to have his stuff, the scoreboard routinely recording his fast balls around 95 mph with one at 97. Not bad for the first outing.  He’s a tall sting bean but when he whips his long left arm toward the batter I can imagine the split second decision making at the plate, particularly for a left-handed batter.  He was a joy to watch.  Too bad he’s on the wrong team : - ). Judging by the grip on the ball (photo 3), think he's throwing a change up here... 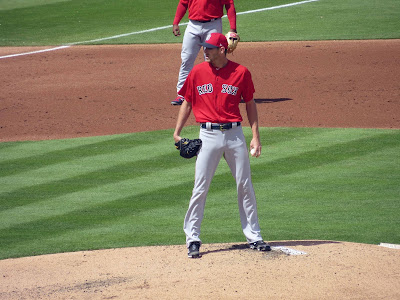 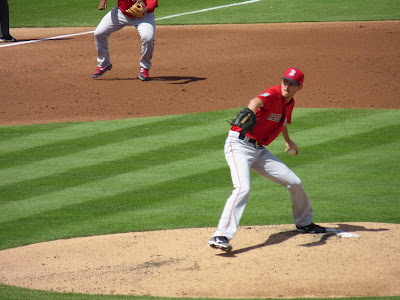 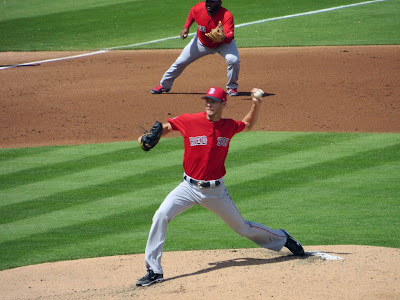 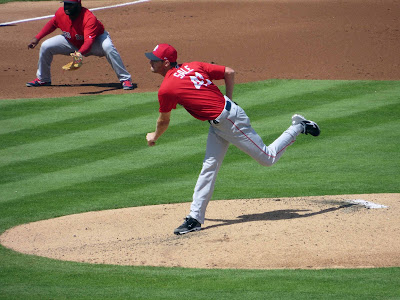 The Sox are playing three games on the east coast of Florida, facing the Nationals today at the same park and up to St. Lucie to face the Mets tomorrow.  From what I understand, there are 9 players, mostly minor leaguers who will be at all three games, and there will be three buses, one for each day shuttling name players back and forth from the Sox training facility in Ft. Meyers. 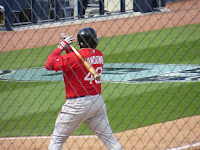 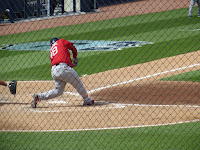 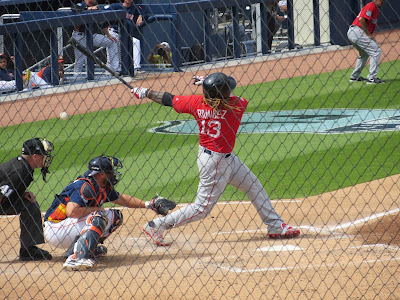 They bring with them big expectations for 2017.

I enjoyed seeing ex-Yankee Brian McCann again.  Sad to see him go, a ballplayer great talent and a true gentleman... 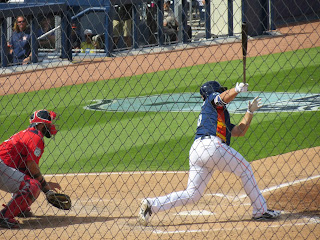 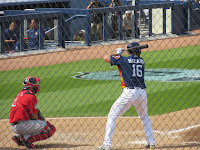 One only hopes that the City of West Palm will now land a minor league team for these incredible facilities.  Would be nice to have more teams nearby in addition to the Jupiter Hammerheads (Marlins Class A+) and the Palm Beach Cardinals (Cardinals Class A+).   Nonetheless, we’ve already booked our season’s tix for their “silver slugger” program at Roger Dean Stadium.

The game itself had a little bit of everything, home runs, stolen bases, double plays but after three and a half hours they played to a 5-5 tie.  End of game, but being out there in the cool breeze, taking in the cadence of baseball, was a nice change of pace.