Once upon a time one’s life meant having some time to oneself. Presidents were there but mostly in the background except during critical times. Now we are all exhausted from less than a month into the Trump presidency. Why? He is omnipresent; no matter where you look, to whom you speak, online, newspapers, or TV, big brother is there, “100%” as HE is fond of saying. Now we are subjected to the anxiety and ennui of Trump reporting 24-7. 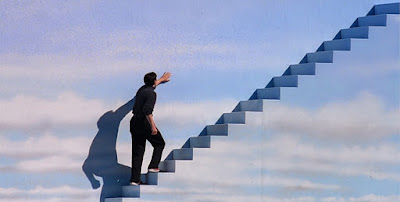 I can’t help but think of the movie The Truman Show. Our existential hero of the film, Jim Carrey, is an orphan who has been raised by a corporation to live and be watched, without his knowledge, on a reality TV show 24-7 -- until he discovers this and tries to escape.  In this latter respect we’re in Carrey’s position, but this is an environment HE doesn’t want US to escape from.  As the Narcissist -in-Chief HE enjoys being watched in his own simulated reality TV show, a terrarium of which the contours are “alternative truths.”  Our role is to be spellbound.  Before I merely thought this behavior “crazy making” but it may be more --  preparation for almost anything, totalitarian rule by the Plutocracy, religious wars, the demolition of the Republic, a nuclear winter, or all rolled up into the Trumpocalypse (“the catastrophic destruction or damage of civilization following the election of Donald Trump as president of the United States of America.” -- from Urban Dictionary)

Instinctively, even if we survive we all know this will not end well.  I hope I am very wrong, and that the next four years will be bigly amazing, devoid of losers, with tremendous, terrific winners, but I fear it’s not gonna happen, zero percent.
Posted by Bob at 7:18 AM