Once again we are preparing to leave our boat after an abbreviated summer in the Northeast, one that was mostly hot and humid.  This is our thirteenth summer living on our boat and given that time, combined with the countless weekends during the score of summers preceding retirement we spent on board our boats, not to mention vacations during that same time we’ve probably lived almost six years on the water.  Could that be? As I type this, the water is slapping on the hull, a sound we’ve become inured to, but one I will surely miss one day. 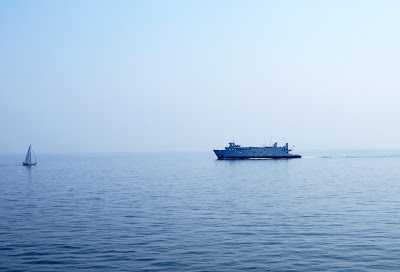 A couple of weeks ago our friends, Harry and Susan, visited.  It was a hot day, the wind not exactly right for going out to our mooring, so instead we toured our old homes and haunts in Westport, Weston, and East Norwalk, sandwiched between lunch at our club house and then dinner in Westport (why does everything seem to be centered around food as one ages?).

Our first stop was the home on the Norwalk River where we lived before relocating to Florida.  We had renovated the old cape, adding a master suite to the top floor.  It was certainly Ann's favorite home, and mine for the view and nautical feel, but when the Nor'easters came, so did the river and on several occasions the home was surrounded by water.  As the burden of manning the pumps fell on me, I was not sorry to bid the home goodbye.  The house  has been renovated still again, the guts of it torn apart and even the top floor which we had so meticulously planned and built redone as well, but at least the house was recognizable.

Next stop was the town of Westport. When we arrived there in 1970 it was a quaint town of shops, a movie theatre, a bank, some venerable restaurants, a nice New England feel. It has morphed into an outdoor mall of Brooks Brothers, the Gap, Coach, Crate and Barrel, Talbots, etc.,  those stores replacing Klein’s, the Remarkable Bookstore, Acorn’s Pharmacy, etc. The character of the town has changed; the only remaining stores I recognized being the Westport Pizzeria, and Oscar’s Deli.  That’s it!

From there we went up North Main to Fillow Street which becomes Ford Road, passing the Saugatuck River on the left and the entrance to the Glendinning complex  an office building now occupied by Bridgewater Associates, one of the largest hedge funds in the world.

The Saugatuck River has a waterfall there and we used to swim in the pond above the waterfall, cool, clear mountain water so refreshing. Now it has been fenced off, another casual freedom lost.  Turning onto Sipperly's Hill Road, where we had first rented a small chauffeur's cottage on a nine acre estate (now parceled off with huge homes built on the property), we arrived at our first home on Rabbit Hill Road.

The house we bought in 1972 was set on two acres bordering a pine forest.  Over the last 40 years  the subsequent owners have rebuilt parts of it, adding a small second story, although the footprint has not  changed that much.  We drove up the narrow driveway, feeling a little ill at ease doing that, and sure enough someone came out of the house and got into her car and proceeded down the driveway.  We had to back out.  We rolled down the window and said we used to live there forty years ago and, remarkably, she invited us in.  She had bought the house in 1992.

It is still a modest home, and some of what we did to the house remains, such as adding a small dining room off the tiny kitchen, but the bookshelves I built around the fireplace are gone, although the fireplace and mantel still stand.  The original detached one car garage remains, probably built when the house went up in 1925, just large enough for a model T! Outside the house the new owners cut back part of the pine forest and they now have a beautiful expansive lawn before the forest begins.  Actually, it is no longer a forest as one can see other new houses beyond.  When we lived there, Rabbit Hill itself – the subject of the Robert Lawson children’s book -- was indeed an uninhabited hill except for the few small homes clustered around the entry road. 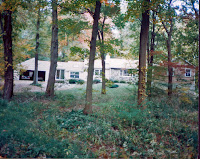 From there, we drove up Weston Road to the home we lived in for twenty five years near Weston Center.  Ridge Road / Lane, was almost unrecognizable, many of the old homes torn down or lots sold off to build huge homes, the size of which astounds me.

We bought our Weston home in 1975, a small ranch, which we added onto, but retaining the character of the home.  Our old home is now gone and a “McMansion” has been built in its place.  Although it sits well on the property in the front, the back of this “palace” is almost on the road, its towers and turrets in one’s face and – I thought -- inappropriate for the sylvan nature of the setting.  Sad to see. 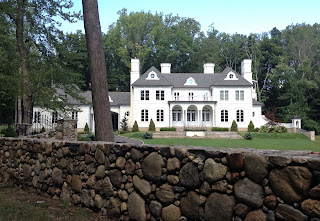 So the day was one of nostalgia, and now there is another sense of melancholy as our summer on the boat is winding down and soon we'll be flying to Copenhagen to meet a ship that will be returning to NYC via the northern Atlantic route, with multiple stops in Norway, Ireland, Scotland, and stops as well in Iceland and Greenland.  Ann has organized tours at each port and I hope to post some interesting photographs and a narrative of our trip sometime in October. 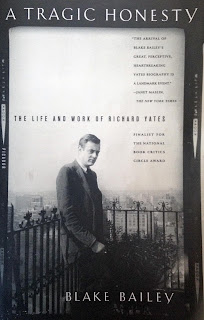 I’m loading up a few novels to read, but meanwhile I’m trying to finish Blake Bailey’s massive biography of Richard Yates, A Tragic Honesty, probably the best literary biography I’ve read since Carol Sklenicka's biography, Raymond Carver: A Writer's Life.   It is a breathtakingly detailed biography of a much under-appreciated artist, Richard Yates.

Until reading Bailey’s account, I was never fully aware of the extremely biographical nature of Yates’ fiction. His characters are from his life experiences.  And I never fully realized the extent of his asceticism, an anti-materialism that manifested itself in the most austere living conditions, almost a stereotype of the dark, brooding artist.  (One of his apartments was a seven story walk-up on 26th Street, off of 5th Avenue in NYC.  Bailey describes it as “a long studio with a few random sticks of furniture – an orange sofa bed where he slept, a wobbly table in the narrow sit-down kitchen, two or three chairs and a desk by the plaid-curtained window; also he installed a bookshelf where he mostly kept the work of friends and students, as well as a handful of novels he couldn’t do without.”)  Cockroaches frequently were his companions in these run-down apartments.

His self-destructive alcoholism (which naturally he denied), his militant, compulsive smoking (4 packs a day, even after he was diagnosed with TB), and his need to be with a woman who would support him emotionally, is in many ways reminiscent of Raymond Carver’s life, a writer who he apparently met only once.

Yates worshiped the works of Flaubert, Hemingway and then Fitzgerald, always feeling inferior to the latter or any writer who was Ivy-League schooled.   Although Yates taught fiction at the graduate level, he never went to college himself.  Nonetheless, Yates felt he had a lot in common with both Hemingway and Fitzgerald and even tried to emulate the latter in his dress from Brooks Brothers, not to mention living in Paris during his formative years.

Between his bouts with mental illness and compulsive drinking, his marriages, affairs, children, and peripatetic teaching positions, it is a wonder that he wrote such classics as Revolutionary Road and Easter Parade, two of my favorite novels, as well as other novels and short story collections.  He was the writer’s writer, respected by all but loathed for his lifestyle.

I was saddened to see that Bailey quotes what someone said about the edition of Revolutionary Road I had republished, lamenting that it “languishes in a grim (and expensive) hardcover edition published by a reprint house (Greenwood Press).”   This particular edition was reprinted for college libraries and had to be manufactured to the “grim” standards acceptable for library use.  It was not a consumer edition but at least the classic was kept in print.

Perhaps I’ll write more about this superb biography sometime in the future.  I first have to finish it!

In the meantime, we bid adieu to our boat and friends and family in the Northeast as when we return from our cruise we'll begin our drive back to Florida.  Until then…… 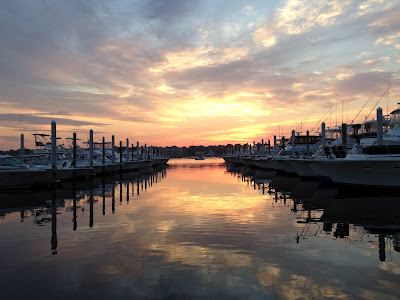