To offset the abundant  "bad news" of the last entry, here is an interesting article from Marketwatch on the deleveraging progress: U.S. debt load falling at fastest pace since1950s; Despite surge in federal deficit, America is deleveraging

* Little by little, our economy is reducing its debt burden, slowly repairing the damage caused by 10, 20 or 30 years of excess.

* Total domestic — public and private — debt as a share of the economy has declined for 12 quarters in a row after surging over the previous decade.

* The level of public debt is indeed worrisome, but it’s not as big a worry as the economy’s total level of debt — public and private.

* As much as we hear politicians, pundits, tea-party patriots and the Congressional Budget Office obsessing about government debt, it was excessive private debt — not public debt — that caused the 2008 financial meltdown. And it was private debt — some of it since transferred to the public — that lies behind the current European debt crisis. (

* The U.S. is actually doing much better than you’d think if you just listened to the conventional fears about how we’re rushing headlong into a debt Armageddon.

* In fact, since the recession ended in June 2009, total U.S. debt has risen at the slowest pace since they began keeping records in the early 1950s. While Washington has taken on a lot of debt since then, the private sector has paid off, written off or dumped on the government almost as much.

* Economists who have studied the impact of indebtedness have found that low levels of debt are essential to growth, but that high levels of total outstanding debt can hurt an economy. Beyond a tipping point, adding on more debt will reduce growth over the long run, even if it inflates a bubble in the short run.

*According to a study by McKinsey published earlier this year, U.S. households may have two more years of deleveraging left before their debts are sustainable again. If McKinsey is right, the U.S. economy may have to endure a couple more years of slow growth.

Another little mentioned factor is that while the public debt has surged during the past few years, maturing debt is being replaced by new debt with coupons (interest rate) of one half or even one fifth the maturing ones. For instance, the US Treasury 30 year bond issued in 1982 had coupons of some 15% while the most recently issued US Treasury 30 Year bond was issued at 3.06%.  Ten year yields are now less than two percent, replacing US Treasury Notes in the 4 - 5% range.  Servicing the debt is actually getting cheaper, although these savings are probably offset due to the expansion of borrowing that has been needed to fend off a depression.. The low rates also leave investors with a continuing dilemma. 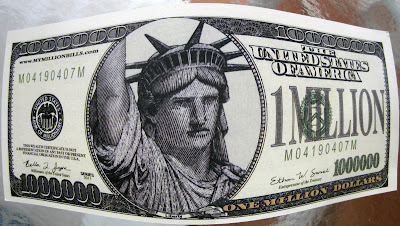