A recent email exchange with my friend across the pond, Danny, in which I wished him a Happy Thanksgiving, reminded me that this is a uniquely American holiday (although he reciprocated the wishes with news about his growing family as well as noting the passing of people we both worked with -- we are of that age).

Yesterday's PBS broadcast of the New York Philharmonic's remarkable concert last March honoring Stephen Sondheim's 80th birthday is a joyous, American story. Sondheim has taken musical composition and lyrics to places no one could have imagined. I am grateful that we honor such genius in this country, even though his art is not main stream. Another gift he has given us is his recent book, Finishing the Hat. It is the story of his craft, brilliantly written (along with his lyrics), honestly presented, even self deprecating at times (but not often) along with his take on virtually every great participant in the American musical theatre, and he has known them all. Imagine if Beethoven took the time to explain his craft in his own words, but comprehensible enough for us mere mortals. But as I have not "finished" Finishing the Hat, more on that later.

And, although there is increased polarization in this country, at least we live in one of the few places where we can say what we think. But in the saying comes some responsibility and a friend of mine reminded me of that, criticizing my last entry, pointing out that liberal media, in spite of Fox News and other affiliated media , is still dominant in this country. That might be true, and I apologize to anyone I offend by anything I satirically write. However, exaggeration and sarcasm are the hallmarks of satire so some of what I say is not intended to be interpreted literally. Nonetheless, there are a plethora of views of our political system, and the economic paths we seem to be inexorably following, and thankfully in this country we can express those opinions.

Finally, to friends and family, both near and far, Happy Thanksgiving, my favorite holiday, a uniquely American one. 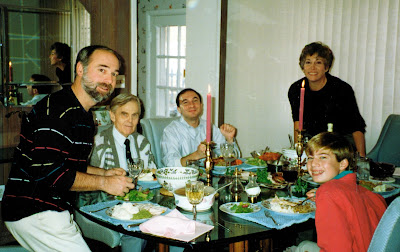