All the News That's Feigned to Print

The occasion is the publication of her book "America by Heart: Reflections on Family, Faith, and Flag," a follow-up to her best-selling "Going Rogue." In addition to those credentials for her inevitable run for the Presidency, Ms. Palin is also the star of her own reality TV show, "Sarah Palin's Alaska." Her daughter Bristol is indirectly campaigning by her appearance on "Dancing With the Stars," another prime time "reality" media production.

In addition to those qualifications, Ms. Palin has a bachelor's degree in communications, having attended a number of colleges in the pursuit of that degree, was a TV newscaster, and served as a mayor of a town of some five thousand people and for a couple of years as governor of Alaska with a population about the size of El Paso, Texas. She resigned her governorship to pursue her interests in self-promotion.

Besides having Rupert Murdoch's News Corp empire as a backer, she owes her political career to John McCain who brought her to the national stage in a desperate act to carry the 2008 presidential election.

Can this "rogue" politician continue to skillfully manipulate public opinion by charisma alone and a friend in high places? And will she continue to supply News Corp with all the fodder necessary for higher ratings, greater circulation and therefore more advertising and sales? A nice symbiotic partnership? You Betcha' 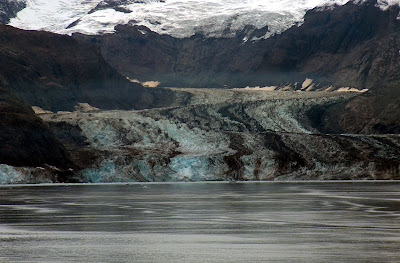