Our summer on the boat is already drawing to a close.  Hard to believe, the seasons, the years, kaleidoscopically flying by.  This is an unusual year for us, a late arrival and now an early departure as we are flying to London to visit old homes, haunts (mainly theaters and museums) and friends. I call it my London farewell tour. We’ll be there for a week and then board a ship in Southampton for an Atlantic crossing, our fifth and our last such crossing as well.  The cruise makes several stops including, Rotterdam, two in Norway, the Shetland Islands, and three in Iceland, Boston where we’ll have a day with our son, Chris, ultimately arriving at the Brooklyn pier (Brooklyn figures prominently in my life).  Jonathan will meet us there with our car packed and from there we’ll begin our drive back home.

It will be some time before we return home; meanwhile my blog will go into “quiet mode” as it is impossible to update while traveling.

Wistfully, I post some pictures to mark our departure: 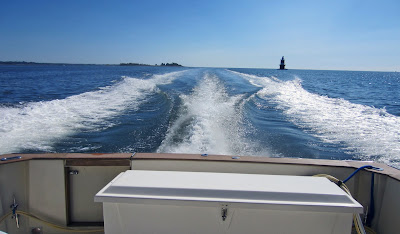 Pecks Ledge Lighthouse in the background, a shot from the cockpit as the boat returns to port. 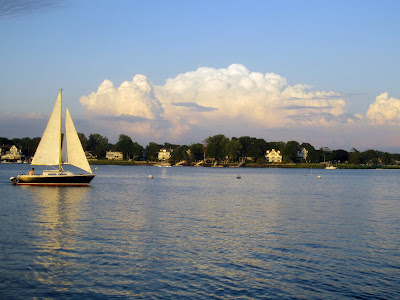 A sunset scene back at the dock, a sailboat languorously passing by the homes on the east shore of the Norwalk River where we used to live. 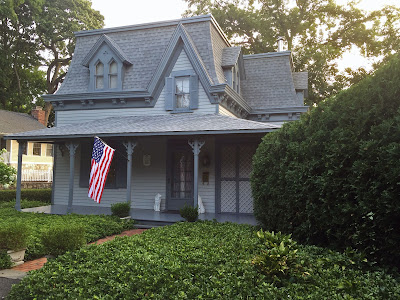 Perhaps the original house in Shorefront Park where I walk in the mornings, built in 1870, set high on a hill, one time overlooking the river but now with the entire area fully developed, homes blocking the view. 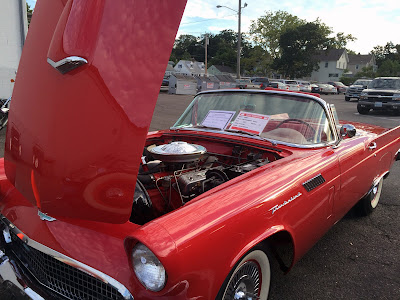 The Thunderbird of my teenage dreams as exhibited on “Cruisin’ Night” at our Club. 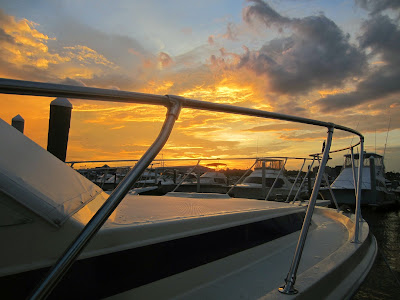 Another sunset overlooking the bow of our boat. 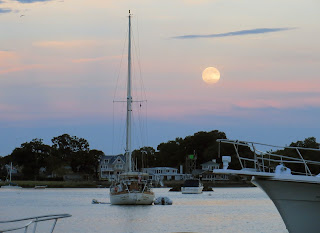 And finally, a moonrise on the Norwalk River.