The Son – There IS Blood 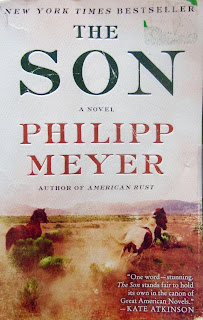 When I wrote about a similarly entitled novel & Sons by David Gilbert, I asked the rhetorical question of who might replace our great contemporary writers, such as John Updike, John Cheever, and Philip Roth among others.  I had suggested we might look at the work of Jonathan Franzan, Jonathan Tropper, Brady Udall, Eric Puchner, Jonathan Lethem, Chad Harbach, Dave King, Jess Walker, as well as David Gilbert, all mentioned in this blog.

Based on his second novel, The Son, here is another name for this list, Philipp Meyer.  I recently read his first novel, American Rust, to see whether I wanted to invest the time in the nearly 600 page The Son.  It was a sound investment!

As in the case of American Rust, it is a story told by different characters, but unlike American Rust, this is a multigenerational novel, skipping back and forth in time, and on a much, much larger scale.  If American Rust is a microcosm of the contemporary economy, this is a macrocosm of the dark side of the American soul, with overtones of Theodore Dreiser, John Dos Passos and Herman Melville.  It is also historical fiction, well researched, particularly in the ways of the Comanche.

Expansive in scale, it takes place mostly in Texas over more than a century.  I kept thinking of the movie Giant which I remember seeing as a kid, a sprawling film about a Texas family and oil, James Dean’s last film.  At some point in the novel the movie is actually mentioned so Meyer too was acutely aware of the same in envisioning location.  One could also think of the recent movie There Will Be Blood, based on Upton Sinclair’s novel Oil.

At the heart of The Son are violence and racism, man’s plundering nature, and the Darwinian reality of the weak being devoured by the strong and them, in turn, becoming victims themselves, if not with their very lives, their souls. 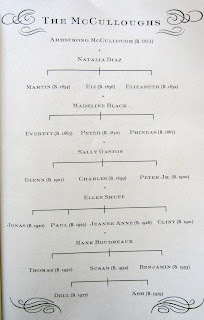 The “story” is begun by the patriarch of the McCullough family, Eli, who as a thirteen year old is abducted by the Comanche, having to witness the brutal murder of his mother and sister.  This is only the beginning of scores of brutalities in the novel; one needs a thick skin to wade into the evil of man portrayed in these pages. Be prepared to metaphorically drink turtle and buffalo blood.

Eli tells his story in chapters spread throughout the novel, in the first person, sometimes in retrospect, sometimes in real time.  He and his brother are taken by the Comanche as slaves and Eli is given the name “Tiehteti” which he explains “meant pathetic little white man.”  This is the one thing he vows not to be as he grows up in the tribe, finally rising through his own barbarism to a position of respect, at which point he is “traded” back to white society as there was a premium paid for the return for white captives.  Eli becomes a mercenary with the Texas Rangers and ultimately sets out on his own to build an empire, first in cattle and horses and finally in oil.  Along the way, the skills and savagery learned as a Comanche serve “Colonel McCullough” (as he is known from his Texas Ranger days) well as an empire builder.

The conscience in the novel is his son, Peter, who is overwhelmed by the Texans’ treatment of the Mexican natives of Texas, Mexicans who predated the whites before the Civil War. Once the Civil War ended, there was a steady influx of whites and finally when oil was discovered there, their arrival was as fast as they could dispatch Indians and Mexicans to their graves.  Peter is horrified and seeks redemption by falling in love with the sole survivor of a Mexican family destroyed by his father and his henchmen.  Peter’s story is detailed from the pages of his diary which has survived due to a development that only a spoiler could explain, so enough said.

The other main character is Jeanne Anne, grandchild of Peter and great-grandchild of Eli, into whose veins all this bloodletting and empire building ultimately flows.  She must make her way in the world of men, ruthless ones at times.  J. A. McCullough’s chapters are also intermingled, out of chronological order, Meyer writing her tale in the third person.

She grows into this world of men who perhaps thought that she was a slut or a dyke or a whore. A man trapped in a woman's body; look up her skirt and you'll see a cock. A liar, a schemer, a cold heart with a cunt to match, ridden hard and put up wet. Though she shouldn't take it personally. No one meant anything by it. To be a man meant not living by any rules at all. You could say one thing in church and another at the bar and somehow both were true. You could be a good husband and father and Christian and bed every secretary, waitress, and prostitute that caught your eye. They all had their winks and nods, code for “I fucked that cheerleader or nanny or Pan Am stewardess, that maid or riding instructor.” Meanwhile, the slightest hint she was anything but a virgin (excepting [her] three children), would get her banned for life, a scarlet letter.

She’s the one who has to manage the empire during the time of burgeoning oil prices and shady land grabs.  Behind every great wealth is a great sin and behind it all is the sense of a Godless universe of natural selection.

Peter watches his father burn down the hacienda of his long-time Mexican neighbors, an old established family, the Garcia’s: …he is not of our time; he is like some fossil come out of a stream bank or a trench in the ocean, from a point in history when you took what you wanted and did not see any reason to justify.  I realize he is not any worse than our neighbors: they are simply more modern in their thinking. They require some racial explanation to justify their theft and murder. My brother Phineas is truly the most advanced among them, has nothing against the Mexican or any other race, he sees it simply as a matter of economics. Science rather than emotion. The strong must be encouraged, the weak allowed to perish. Though what none of them see, or want to see, is that we have a choice.

Jeanne has her own view on the topic: Even if God existed, to say he loved the human race was preposterous. It was just as likely the opposite; it was just as likely he was systematically deceiving us. To think that an all-powerful being would make a world for anyone but himself, that he might spend all his time looking out for the interests of lesser creatures, it went against all common sense. The strong took from the weak, only the weak believed otherwise, and if God was out there, he was just as the Greeks and Romans had suspected; a trickster, an older brother who spent all his time inventing ways to punish you.

The overarching philosophical view of Meyer is expressed by Jeanne as well (helpful to be doing Google lookups to get the full scope of Meyer’s research): As for JFK, it had not surprised her. The year he died, there were still living Texans who had seen their parents scalped by Indians. The land was thirsty. Something primitive still in it. On the ranch they had found points from both the Clovis and the Folsom, and while Jesus was walking to Calvary the Mogollon people were bashing each other with stone axes. When the Spanish came there were the Suma, Jumano, Manso, La Junta, Concho and Chisos and Toboso, Ocana and Cacaxtle, the Coahuiltecans, Comecrudos ... but whether they had wiped out the Mogollons or were descended from them, no one knew. They were all wiped out by the Apaches. Who were in turn wiped out, in Texas anyway, by the Comanches. Who were finally wiped out by the Americans.

A man, a life - it was barely worth mentioning. The Visigoths had destroyed the Romans, and had themselves been destroyed by the Muslims. Who were destroyed by the Spanish and Portuguese. You did not need Hitler to see that it was not a pleasant story. And yet here she was. Breathing, having these thoughts. The blood that ran through history would fill every river and ocean, but despite all the butchery, here you were.

The writing is prodigiously powerful, the research exhaustive.  One could say this is a Western novel, but it is so much more: it is the promise of great things to come from Philipp Meyer. 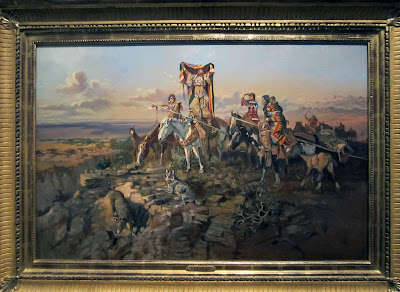