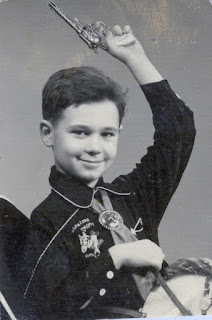 It is the best of times; it is the worst of times, to paraphrase Mr. Dickens.  Technologically speaking, it is wondrous.  As a kid our Philco radio (which was actually a piece of furniture) brought me into the world of the Lone Ranger and Hopalong Cassidy, graduating to a big Dumont TV (well the cabinet was big but the screen minuscule), where I could finally see my cowboy heroes (that’s me in my Hopalong outfit).  We had a party line telephone and had to wait for our neighbor to get off their call to make a call.  No dialup. You spoke to an operator to make a call, and telephone numbers began with a word, in our case “Virginia.”  When dialup arrived and party lines disappeared, the first two letters of the word preceded the number.  I still remember ours: VI-6-3134.  Unthinkable, making or taking a call from a tiny device on your wrist, or from one hanging on your belt, or in the comfort of your car  This was the stuff of science fiction, although it was commonly thought that by the 21st century everyone would be driving flying cars.

This time of innocence was belied by the increasing tensions of the cold war with regular air raid drills in school, hiding under our desks as the shades were drawn to thwart the effects of a Russian nuclear attack.  We thought of it as protection, but it was part of the propaganda, that the threat of a sudden attack was real and we shouldn’t worry, the government would somehow look after us (e.g. the drawn shades).  The McCarthy hearings and communist witch hunting were just part of the scheme to whip up fear to justify the investment in a giant nuclear arsenal.

Back then, though, there was the rise of a real middle class, the American dream realized which started with the GI Bill after WW II.  Hard work really did pay off then, and company loyalty and affordable housing abounded, although other social issues lagged, in particular; racial equality, long held prejudices were still ingrained in our institutions.

Fast forward to the present with the wonders of technology which have changed our lives, and have given promise to a future of driverless cars, robotic assistants, and the colonization of planets (we’ll have to eventually get off this one).

Mankind seems hell bent on destroying those future benefits.  Imagine, the reality of global warming still being questioned, politicizing the very existence of our species (quick get me to Mars where I can feast on potatoes, but please don’t run out of ketchup : - ).  Even if we agree to solve this primary issue, we still have a dysfunctional government which cannot agree on matters of gun control, a decaying infrastructure (see anecdotal photos below), reeducation of the depressed middle class to replace their disappearing factory jobs with those in the technology, health, or service sectors, and how to properly deal with terrorism and immigration policies, income inequalities, and that is but to name a few.

The ingredients seem ripe in the forthcoming Presidential election for the tipping point into downright dystopianism, the stuff of fiction until now, 1984, Brave New World, Fahrenheit 451, Clockwork Orange, and The Road.  I think of the latter two in particular in relation to what is already happening in Michigan, the Flint water fiasco, and the condition of the Detroit public schools.

Read David Brooks' insightful piece in a recent New York Times editorial in particular his comments on Donald Trump and Ted Cruz: Worse is the prospect that one of them might somehow win. Very few presidents are so terrible that they genuinely endanger their own nation, but Trump and Cruz would go there and beyond. Trump is a solipsistic branding genius whose “policies” have no contact with Planet Earth and who would be incapable of organizing a coalition, domestic or foreign. Cruz would be as universally off-putting as he has been in all his workplaces. He’s always been good at tearing things down but incompetent when it comes to putting things together.

Imagine if Bernie Sanders does beat Hillary Clinton and Trump or Cruz wins their party’s nomination.  I don’t think this nation is ready to elect a Jewish politician who has socialist leanings.  And of course Clinton has her own issues so she isn’t a shoo-in.  Maybe the Democrats at the last minute can draft Al Gore who won the election in 2000 if it was not for the Supreme Court? : - )  (Parenthetically what would our world look like now if Gore was allowed to win?  Would 9/11 still have happened?  Would we have gone into Iraq?  Would there have been better controls over bank risk taking which might have at least mitigated some of the 2007 collapse?  More progress on reversing global warming?).  Or, as Michael Bloomberg recently hinted, perhaps he’d run as an Independent if Sanders gets the Democratic nomination and either Trump or Cruz runs as the Republican nominee.  But that would further split the progressive vote, making the Republican candidate a more likely winner even with a minority of the popular vote. (As a fiscal conservative and a social liberal, I’d support Bloomberg.)

So, if we find ourselves a year from now waking up to a President Trump or Cruz, would we, as Brooks contends, be in a position of having a new President genuinely endangering our own nation?  A self-aggrandizing, poll spouting, reality TV star (to watch Trump squirm as Sarah Palin rambled on invectives and gibberish would be as funny as Tina Fey portrayed, if it were not so tragic – that’s what our political system has come to: reality TV star endorsing a reality TV star), or a borderline fascist, a real tough guy (his persona reminds me of Senator Joe McCarthy in many ways) who as Supreme Court Clerk, made the death penalty his cause  and who would carpet bomb the sand of the Middle East until it glows in the dark.

Either Cruz or Trump might have us strapping on guns as our “Constitutional right.”  And if everyone was so armed, shouldn’t it be a safer America, where we can shoot the “bad guys” and “stand our ground?” Hopalong Cassidy America! 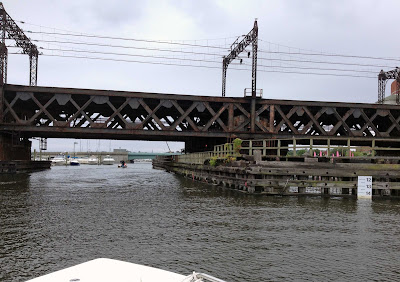