My life / blog seems to repeat itself.  At about this time last year I posted a similar entry.  But at the risk of doing it again, I’ll describe some of the events of the last few weeks. 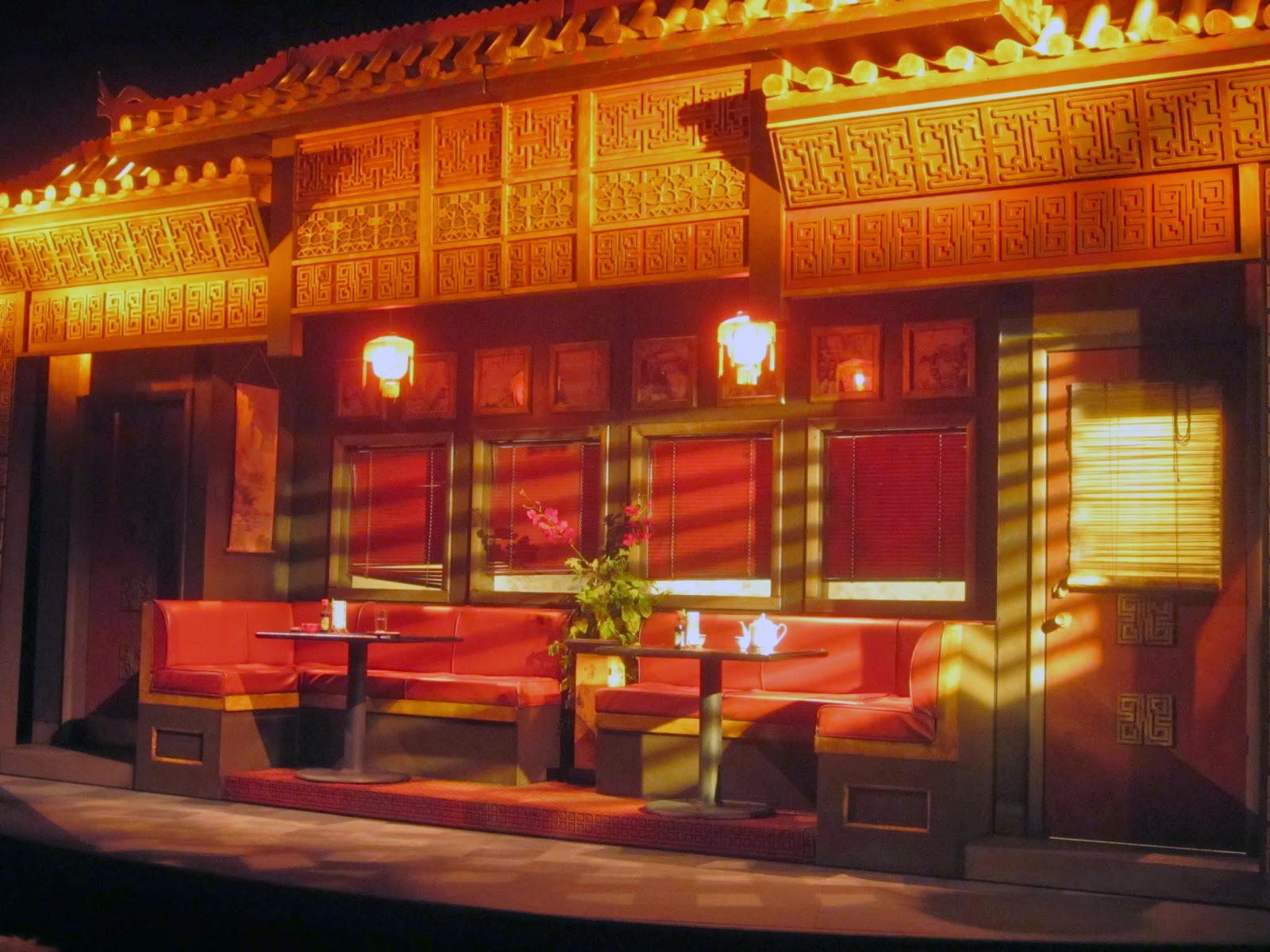 The varied cultural events in SE Florida are copious and excellent, on par with many of the major cities around the country.  In particular there is our regional theatre.  Yes, there are touring productions of popular musicals, but many prize-winning plays are produced by local theatres as well – such as the Maltz Jupiter Theatre’s current production of Glengarry Glen Ross by David Mamet which was highly praised by the Wall Street Journal’s Terry Teachout.

Having loved Dramaworks’ production of Mamet’s American Buffalo (hard to believe that was five years ago now), we saw the Maltz production last Friday. And what a play Mamet has written! It is sort of the other side of the coin of Arthur Miller’s Death of a Salesman – the American Dream corrupted by greed. 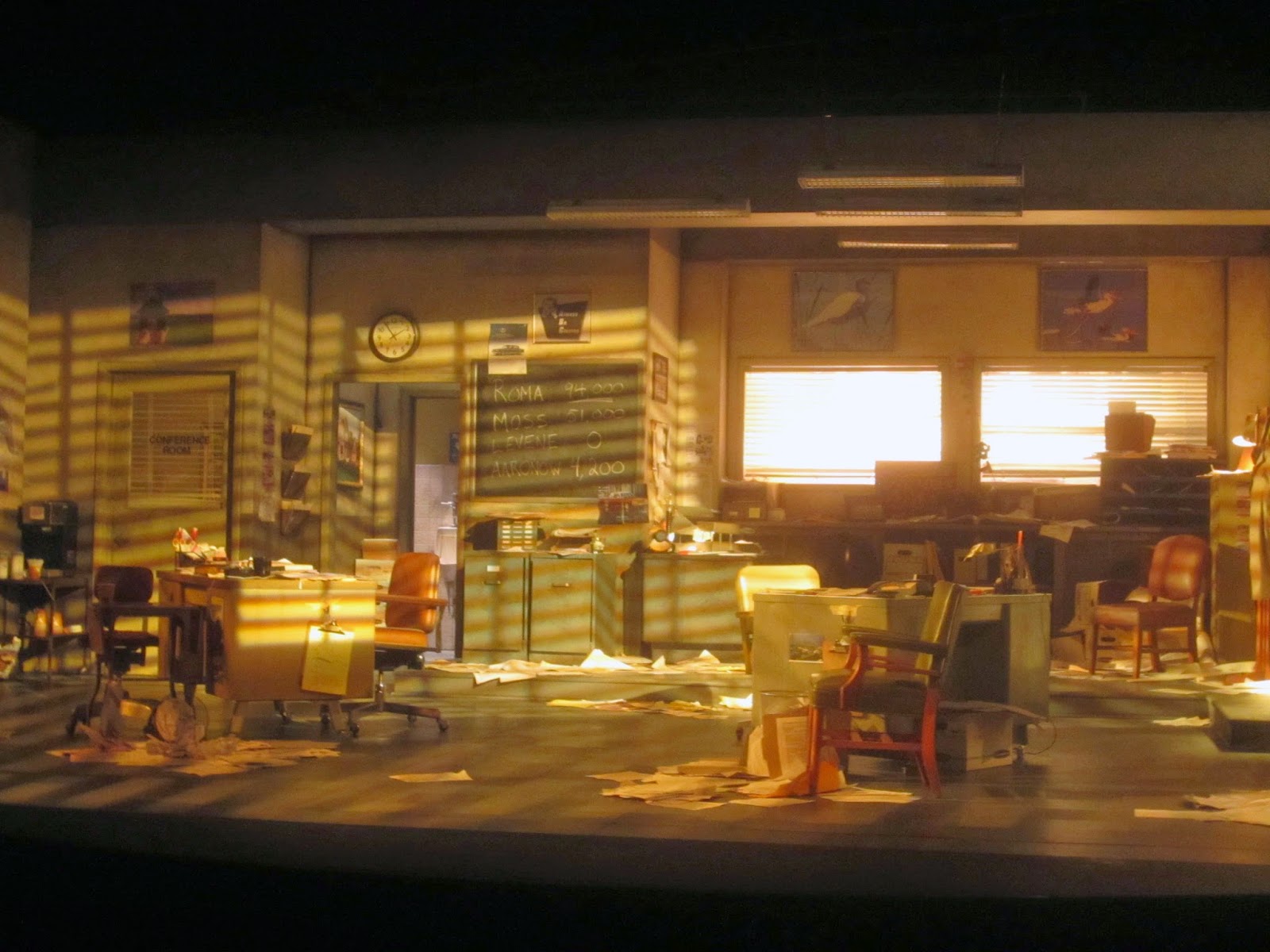 Teachout not only praised the production, but justifiably focused on Rob Donohoe’s performance as Shelly, who is the central character in the play.  For those of us who saw the film, who could forget Jack Lemmon’s Shelly?  Donohoe is up to the task of creating his own unforgettable portrayal.  We’ve seen Donohoe in several Dramaworks productions in the past, but never in such a leading role.

Peter Allas who plays Ricky (played by Al Pacino in the film version) is one of only two actors in the production who has never played on the Dramaworks stage (this production being under the skillful direction of another Dramaworks’ veteran, J. Barry Lewis).  We last saw Allas ten years ago in the Maltz Theatre’s opening production, Anna in the Tropics.  It was that play that persuaded us to become season subscribers ever since.

Maltz usually gravitates toward revivals of Broadway musicals and lighter dramatic fare aimed at the mature South Florida audience.  It always takes on those challenges professionally and does not depend on touring companies.  Once in a while, it will produce some serious theatre, this Mamet play leading the pack, but I could also mention past productions such as Terrence McNally’s Tony prize-winning play about the great soprano, Maria Callas, Master Class, and one about the abstract impressionist Mark Rothko, Red, and last year’s production of Jon Robin Baitz' play, Other Desert Cities. 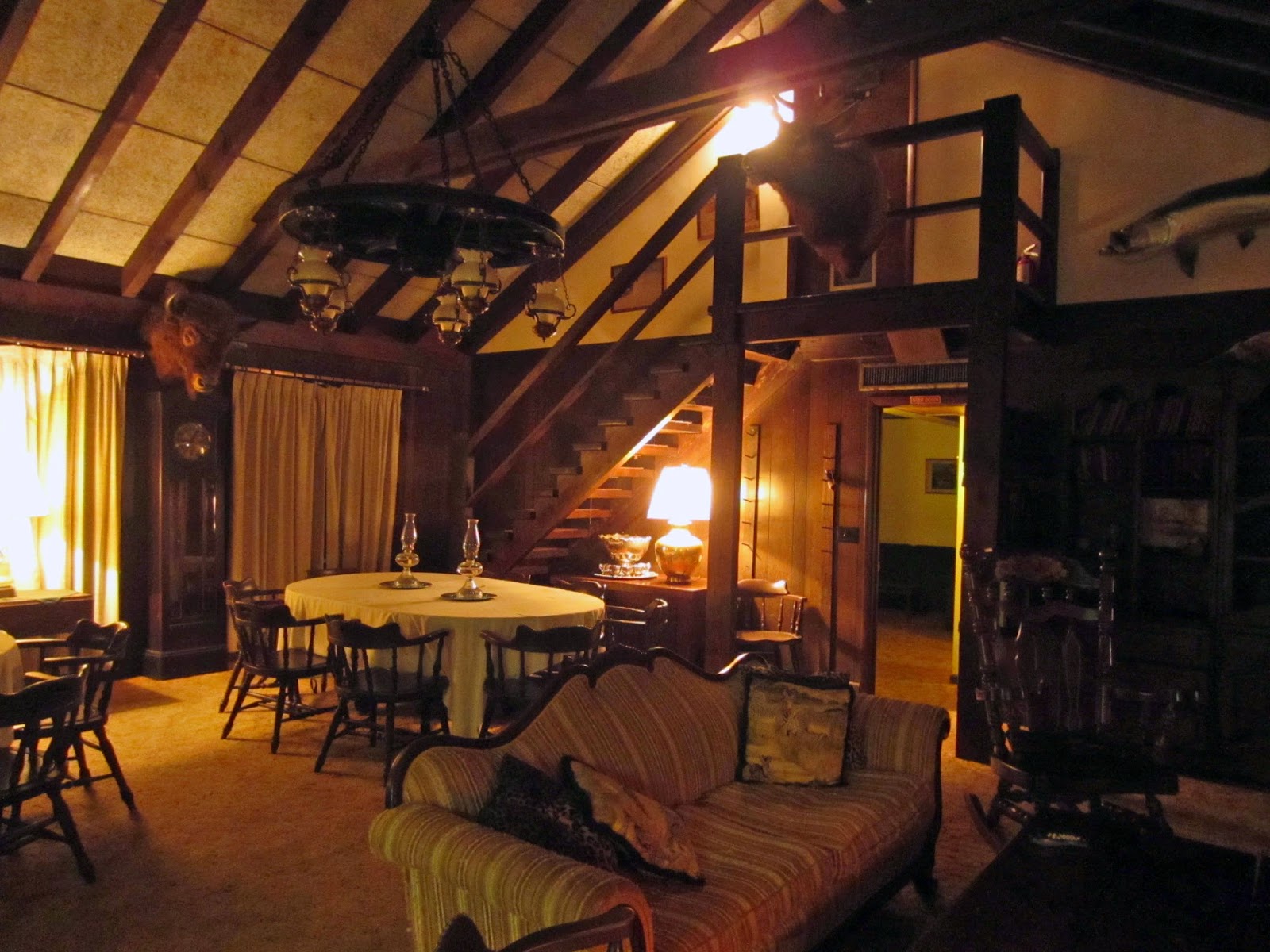 In any case, the rest of this entry is a wrap up of a few non-theatre events during the last month, told mostly in photographs.

First was a social event sponsored by our Gulfstream Grady Group boat club.  Their annual “bash” is held at the venerable Bonnette Hunt Club, a fishing and hunting club that has been frequented by luminaries over the years and now is a catering destination, but still retains its rustic Florida roots, barbecuing wild boar, turkey and ham for such events.  Bing Crosby’s locker is still there as well as testimonials from the likes of the cast of Gunsmoke for instance.  You can’t get more “old Florida” than this club, and it was a great night with the Group. 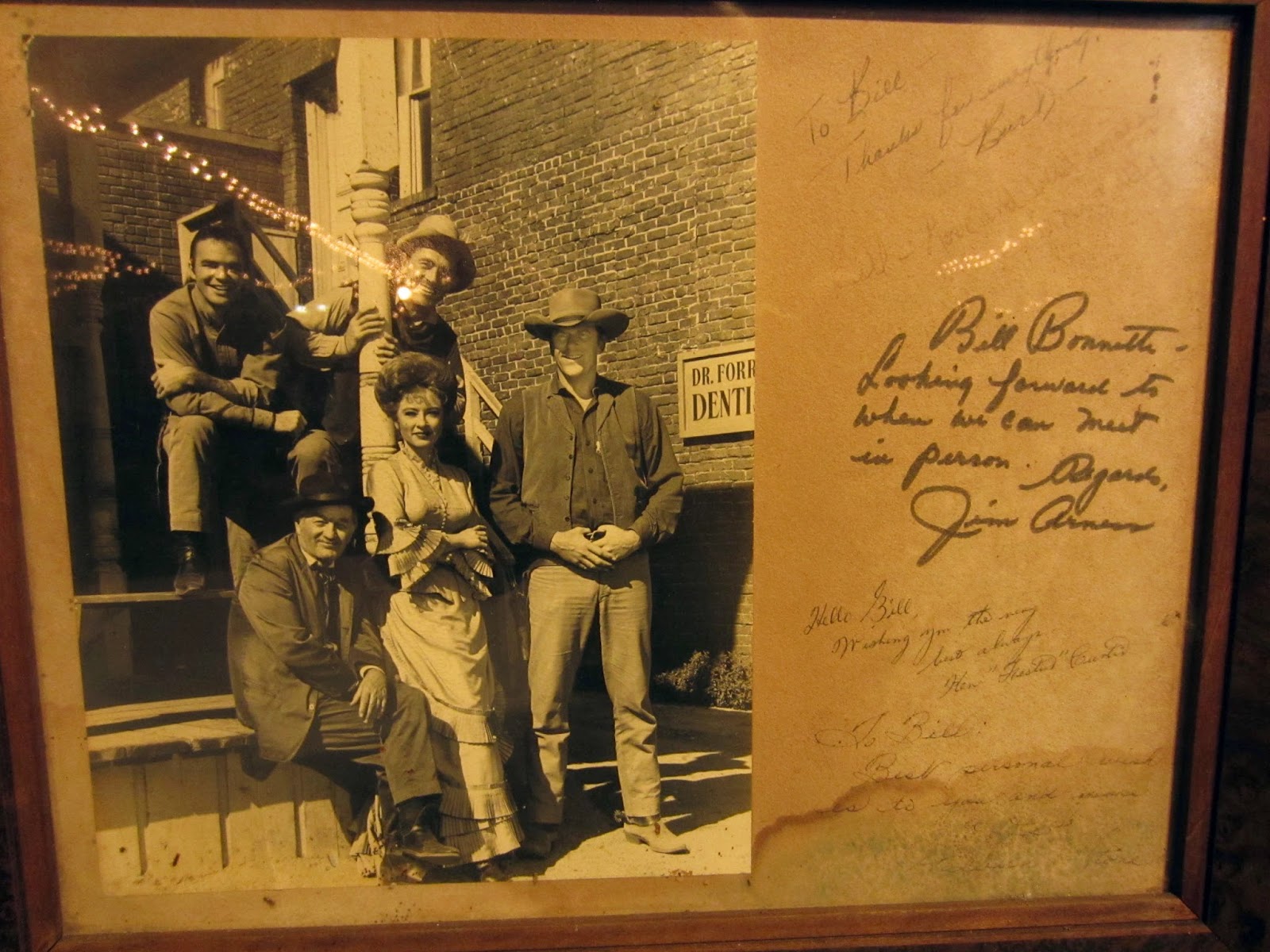 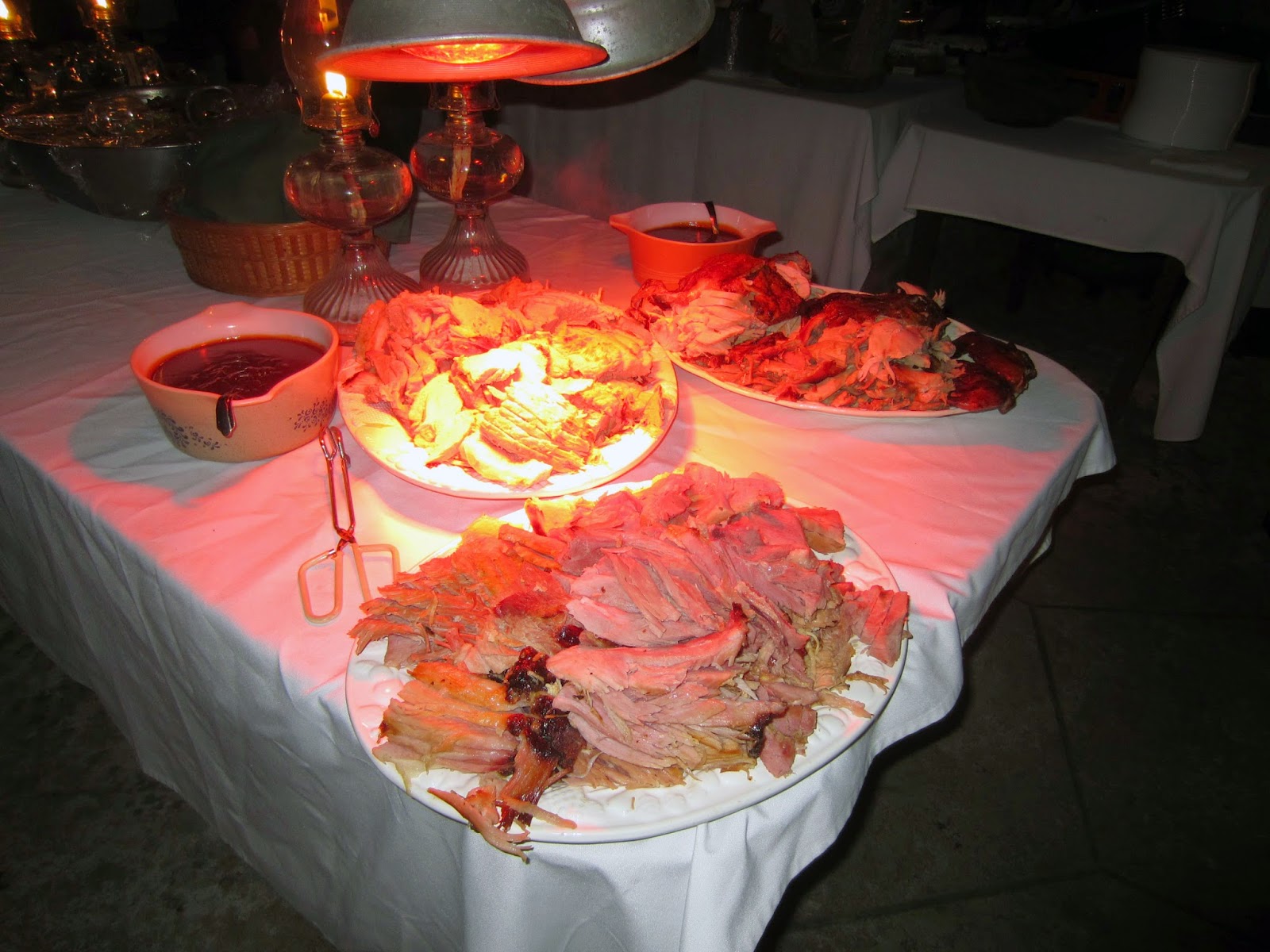 I gave my first theme concert in January at the Brookdale Palm Beach Gardens Assisted Living Home, this one covering the music of Rodgers and Hammerstein.  I’ve done many such concerts in the past including ones as Mangrove Bay (accompanying a singer), Waterford, La Posada and the Hanley Center to name a few.  It is an enjoyable way to give back to the community. 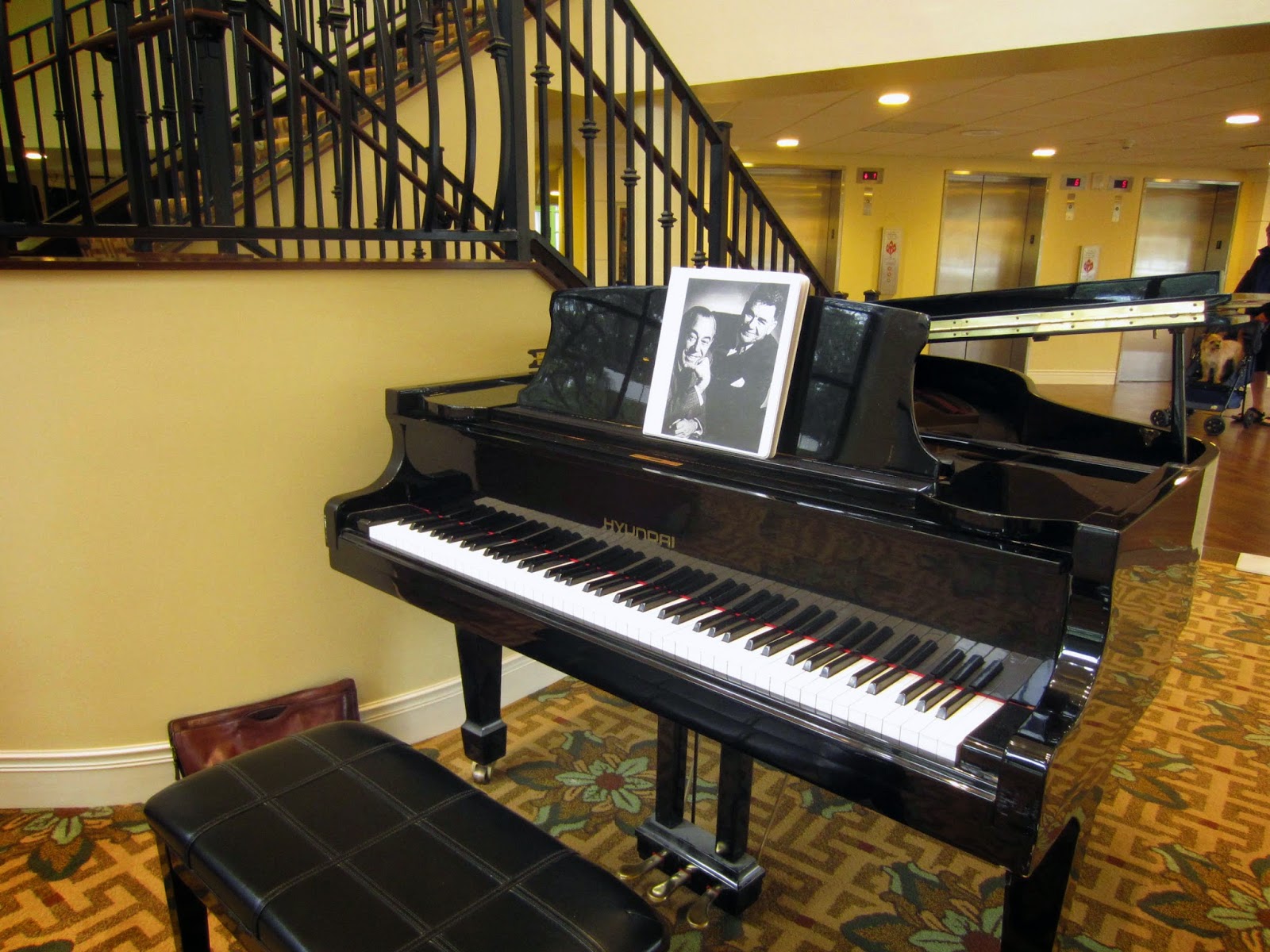 Towards the end of January Ann left on a long-ago planned three week tour with Overseas Adventure Travel to Thailand, Laos, Cambodia, and Vietnam.  I would have liked to have gone, but health reasons prevented me, so I filled in those weeks with lots of emails from and to her, following her exploits through those communications.  She is such a good writer (and eventually I hope to post an edited version of her descriptions, along with some of her photographs, such as this one of her group in Laos). 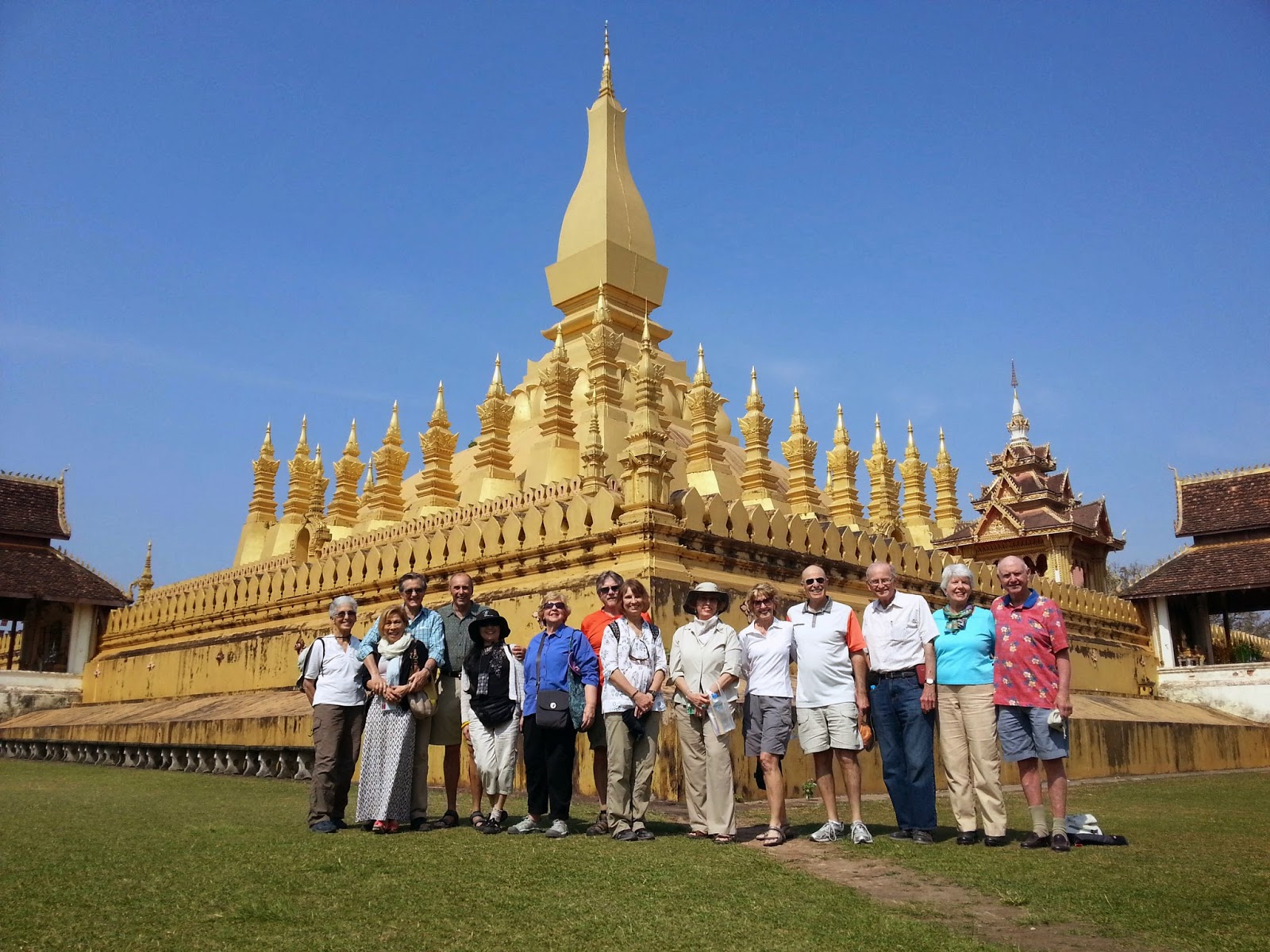 But just before she left, though, we went to Art Palm Beach at the Convention Center which mostly focuses on modern art and photographs.  These are just a few highlights, my favorite being a photograph of Marilyn Monroe lap dancing James Dean, a photograph I’ve never seen before, our reflections showing in my photo of the photo. 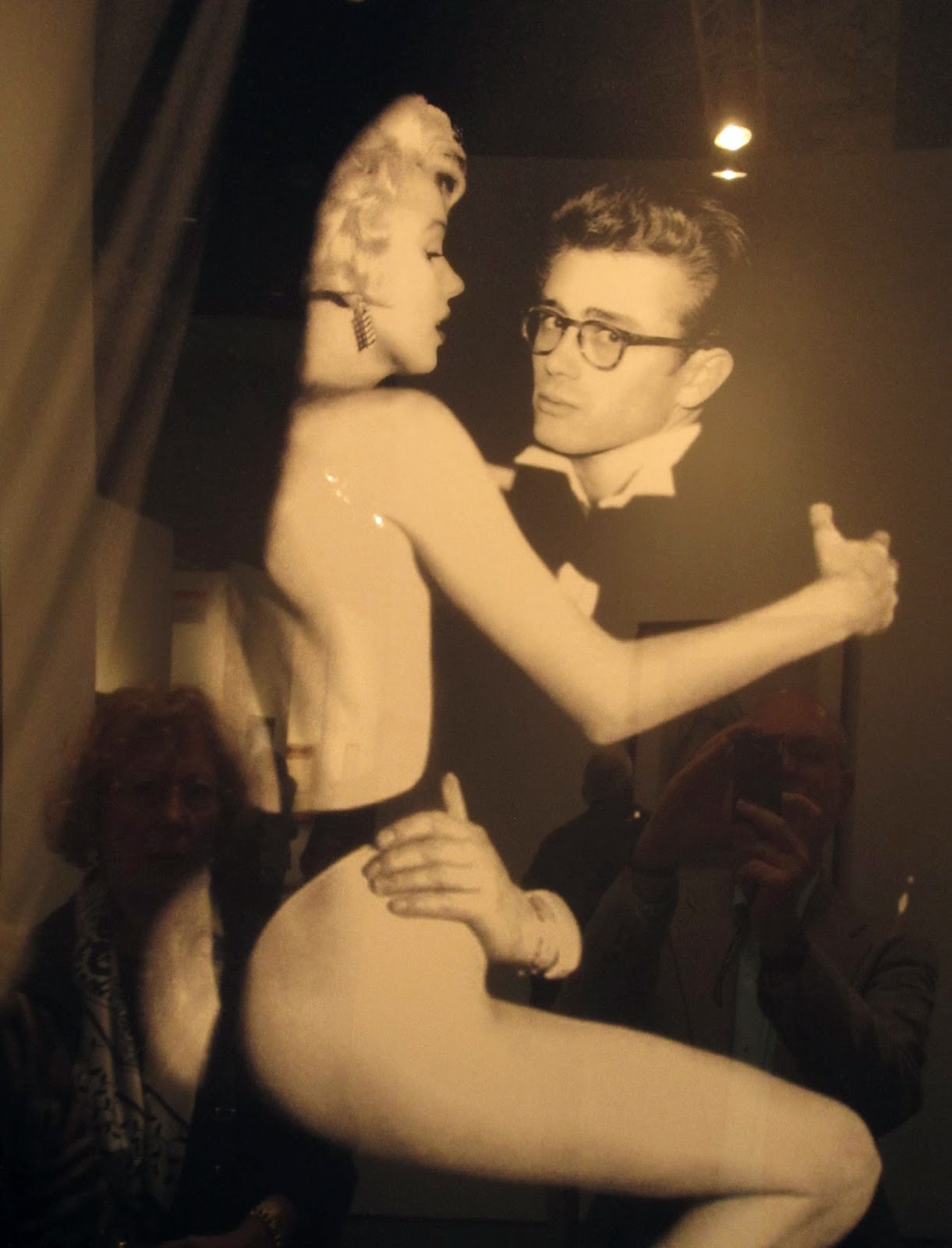 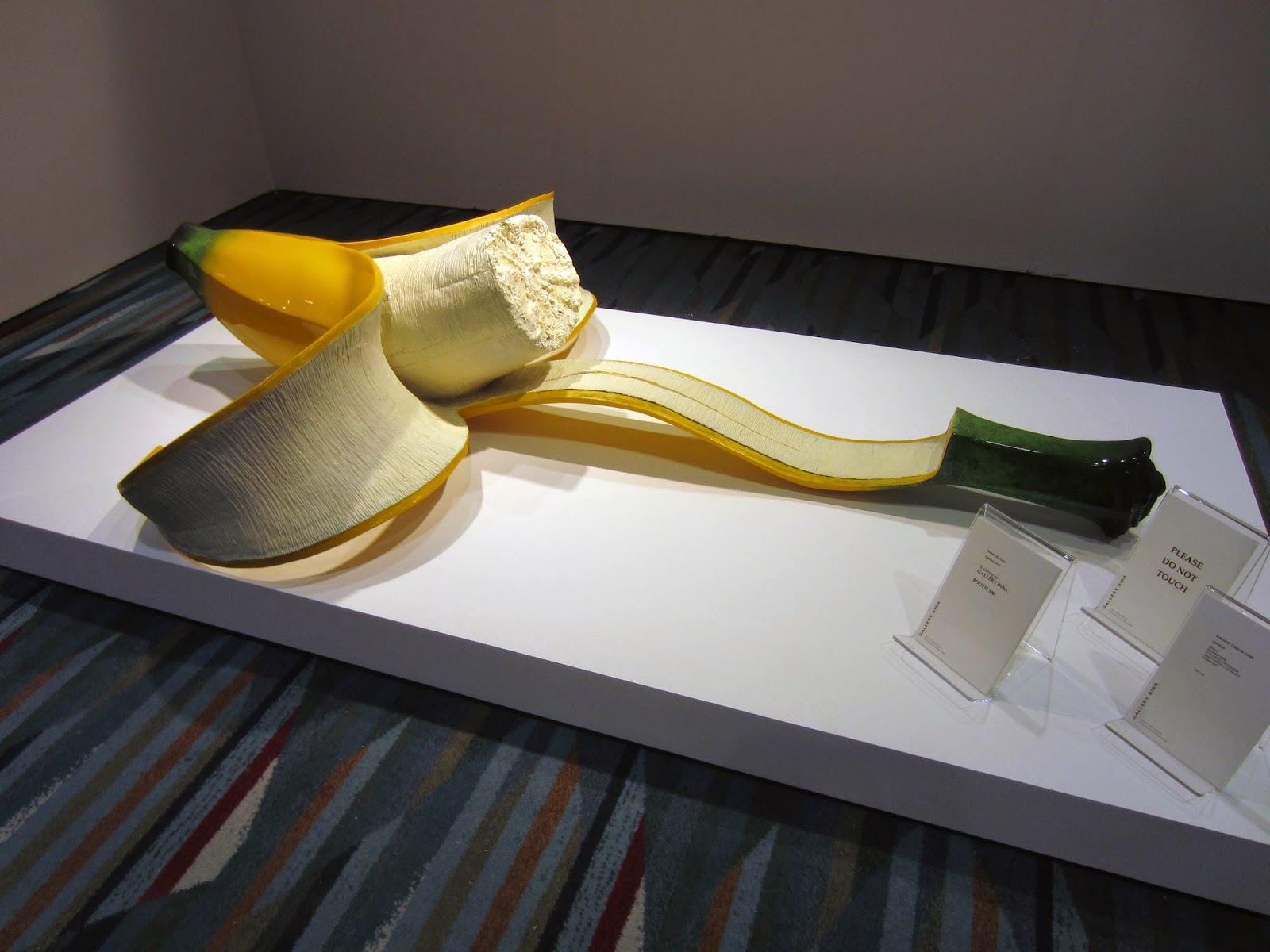 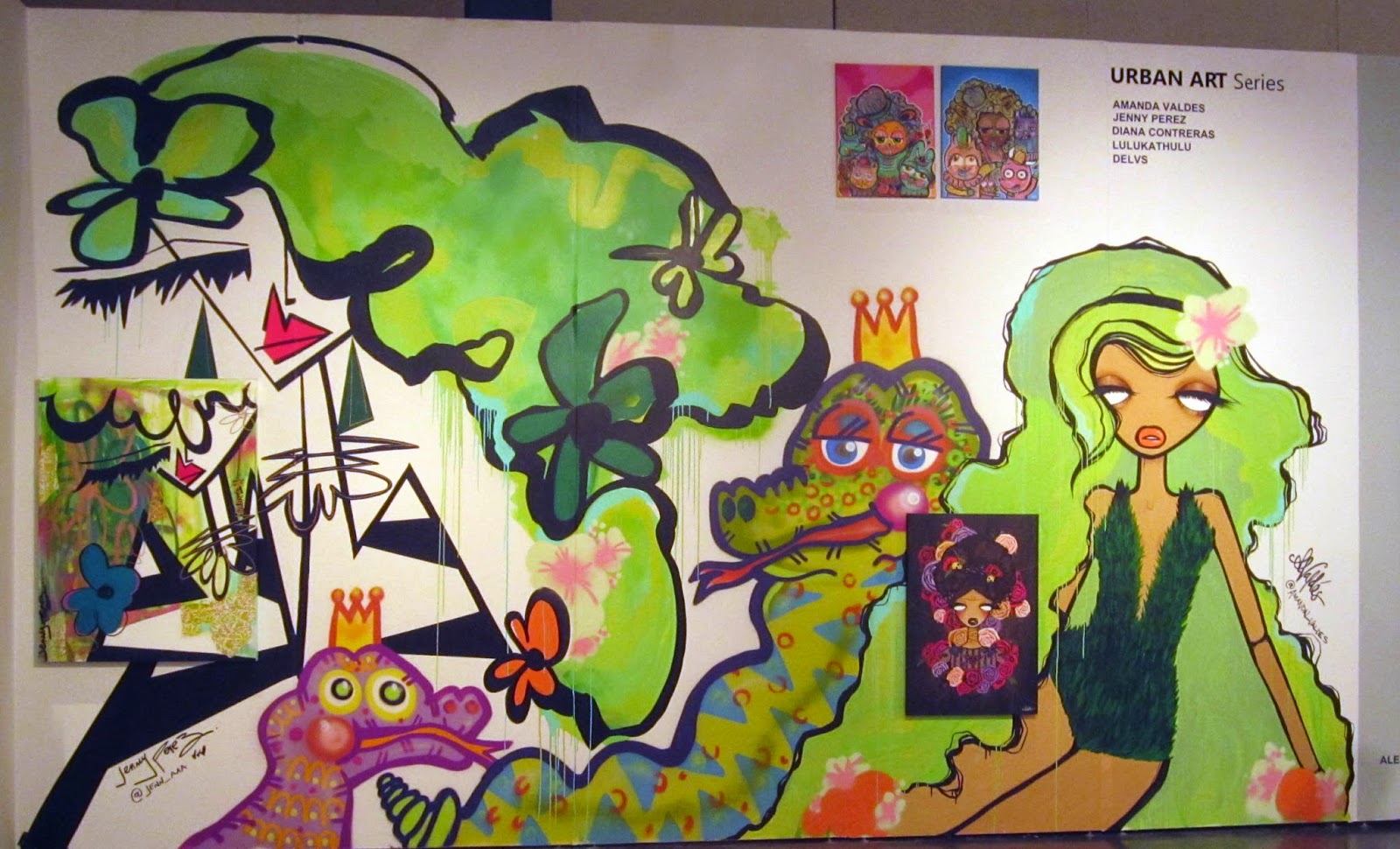 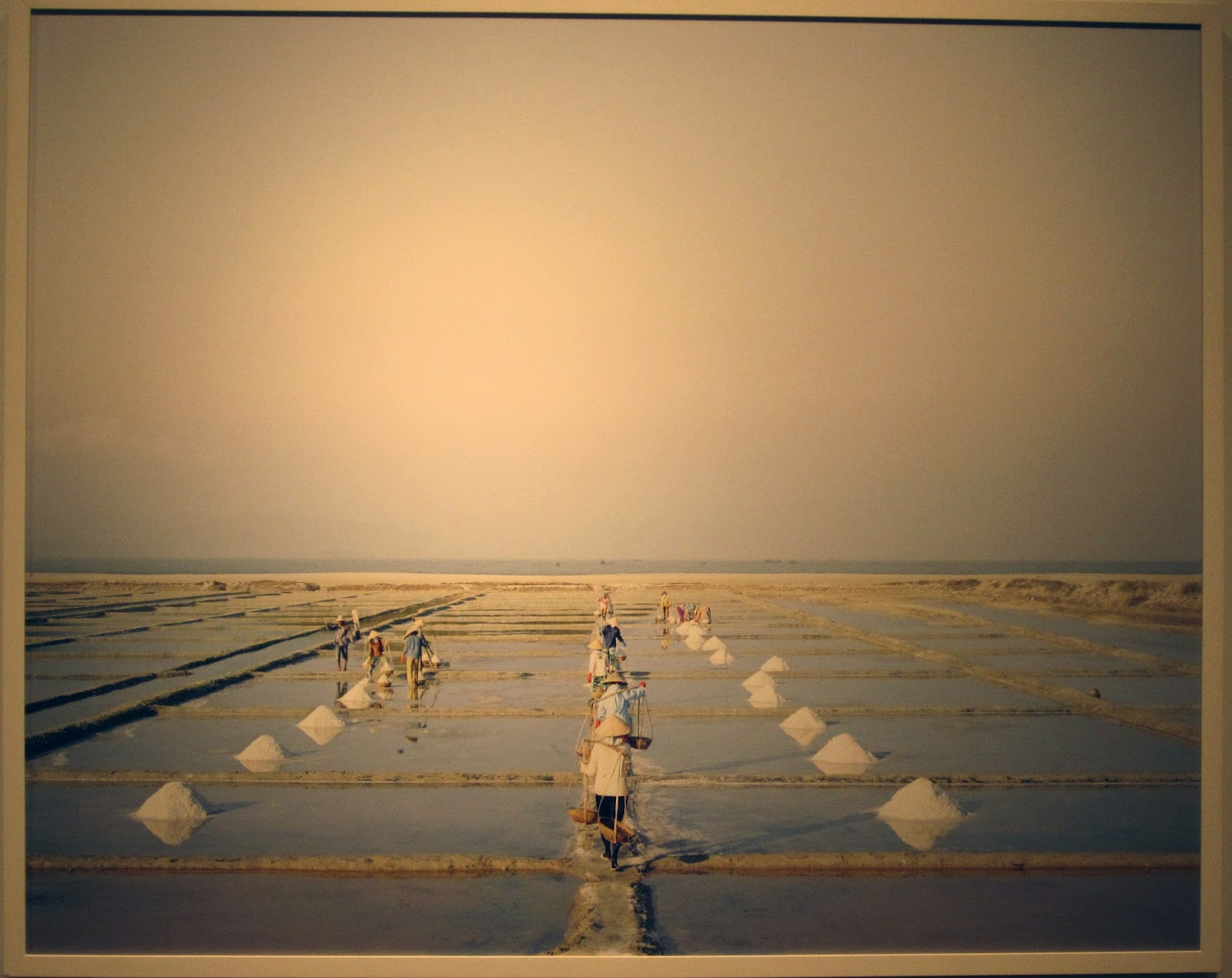 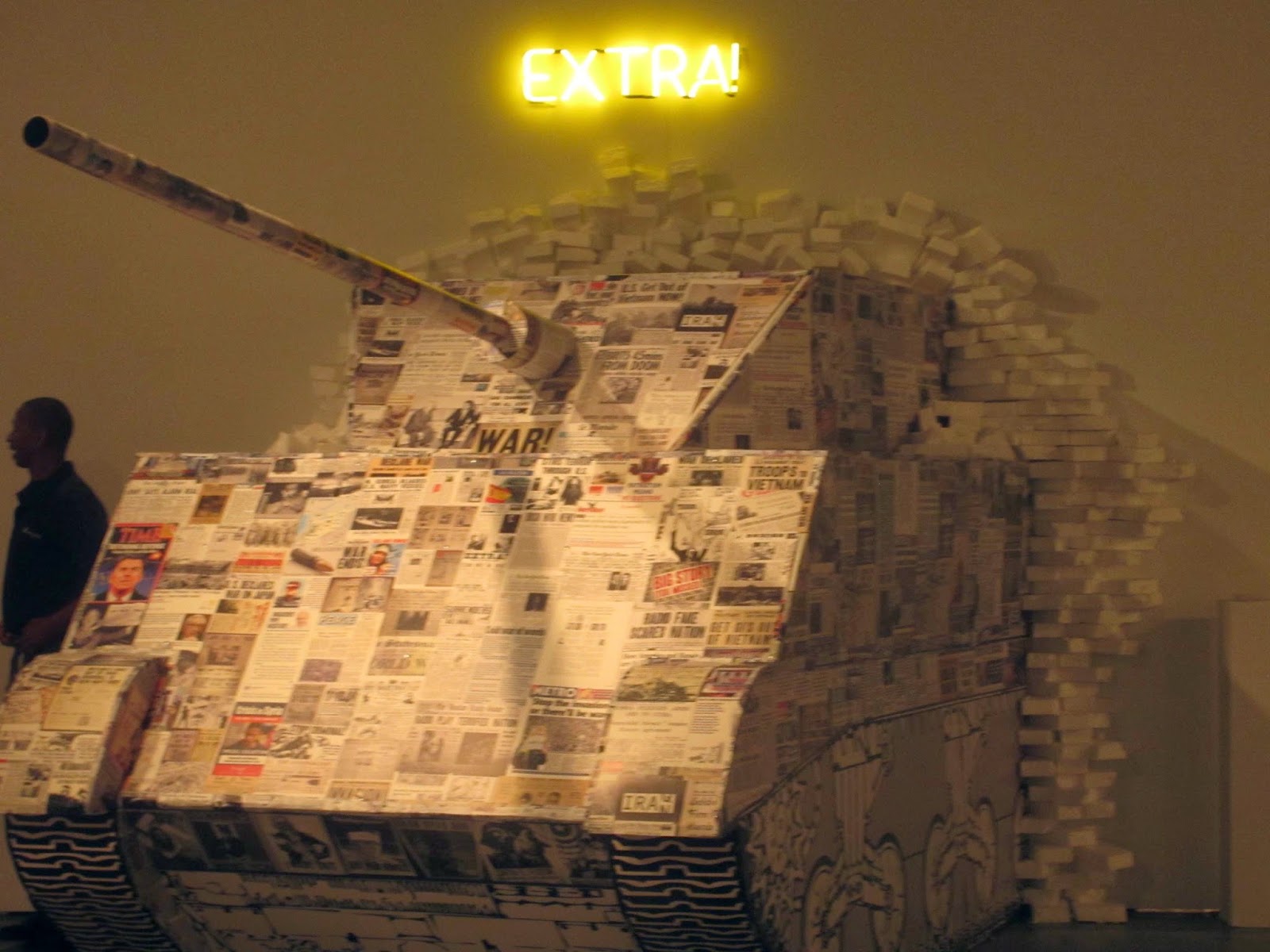 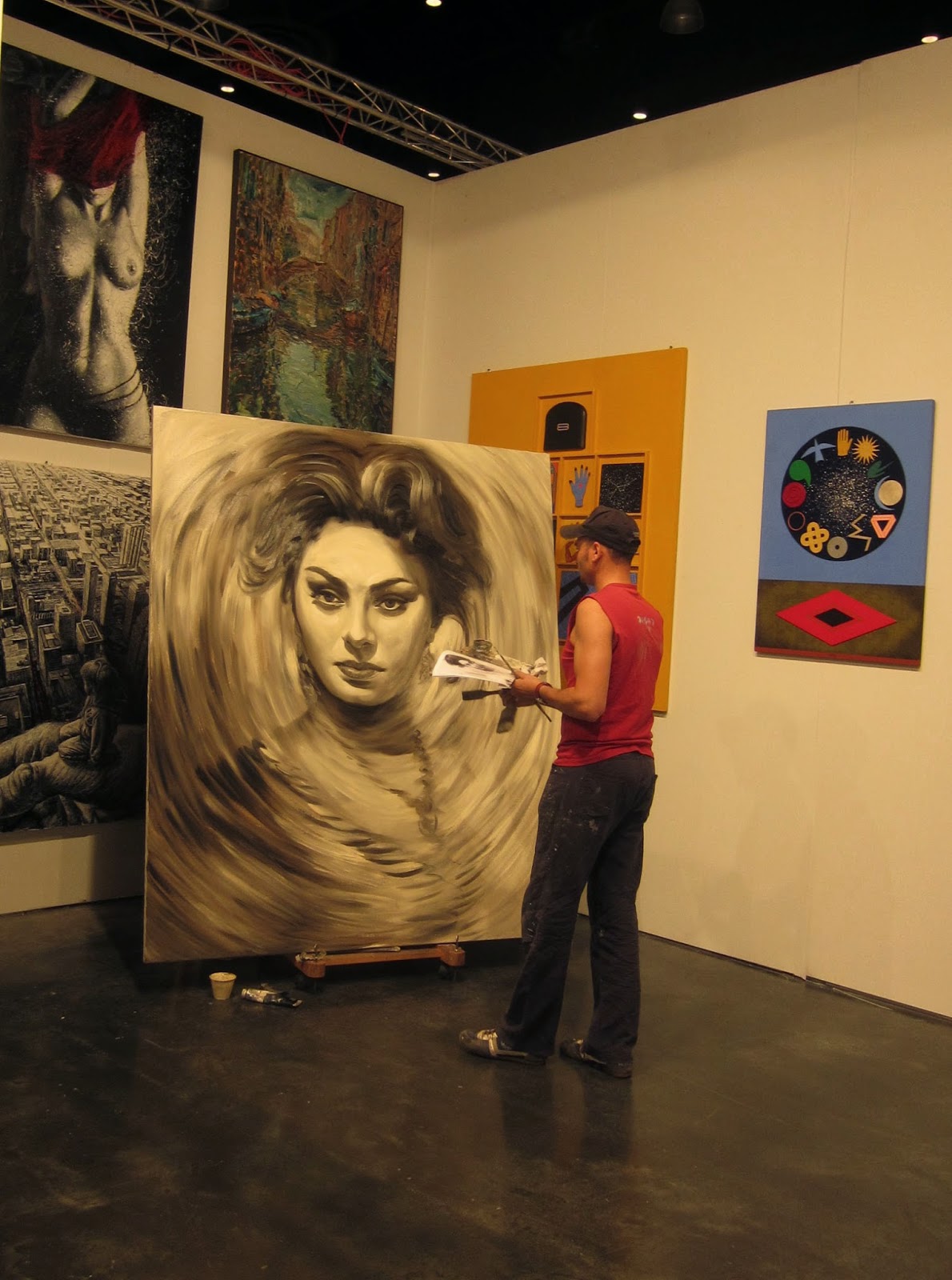 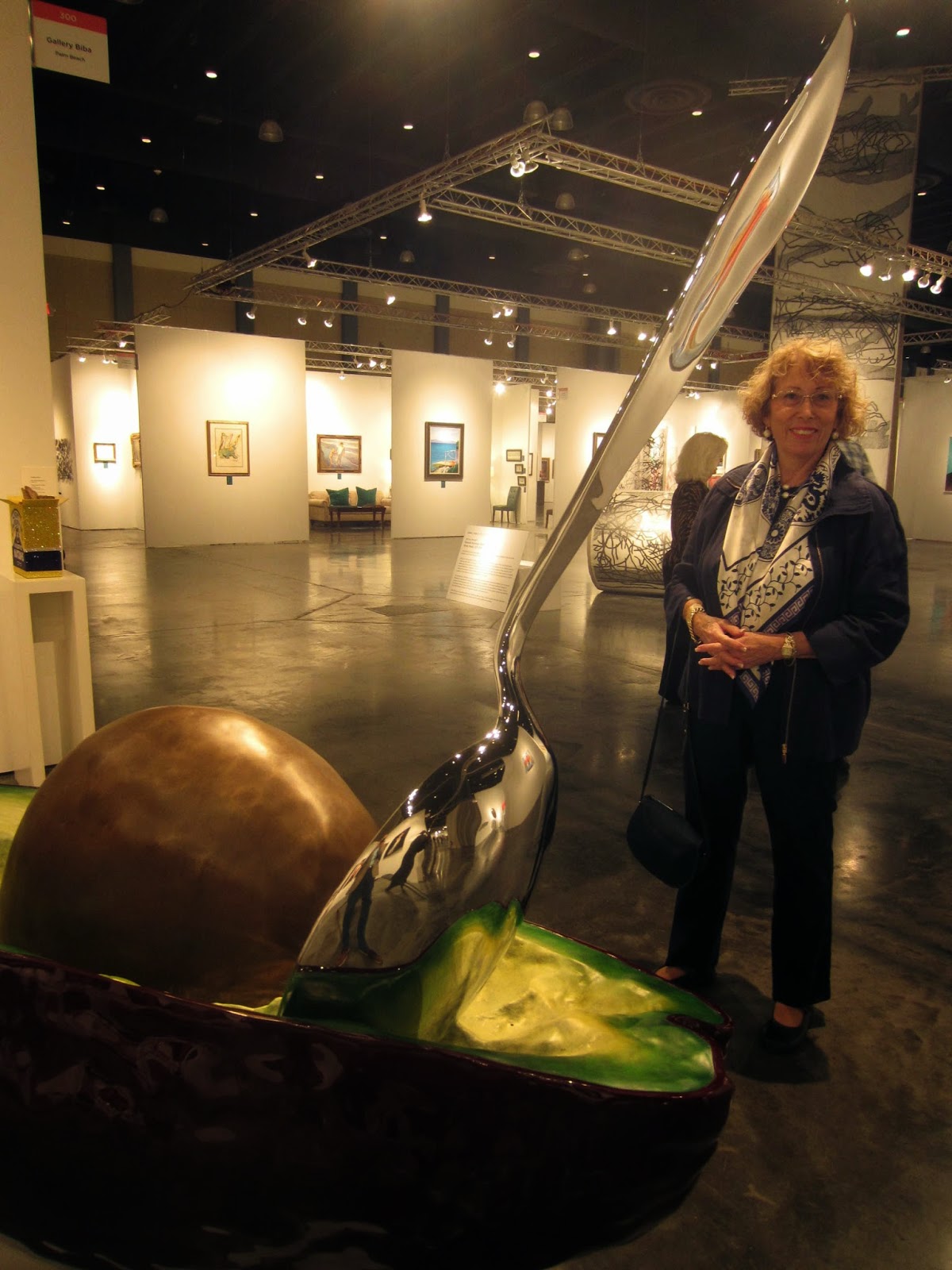 While she was gone, I attended the Palm Beach Jewelry, Art & Antique Show (PBJAAS)—also at the Convention Center -- with our friends Harry and Susan.  This show, as the title implies, covers a broader landscape.  The Jewelry doesn’t interest me, but the art and antiques are fascinating, as I hope some of the photos reveal.  In particular I found myself spending time admiring Guy Carleton Wiggins’ beautiful early 20th century impressionistic paintings of the NYC landscape in the snow.  (And what could be snowier than this winter in the Northeast.) 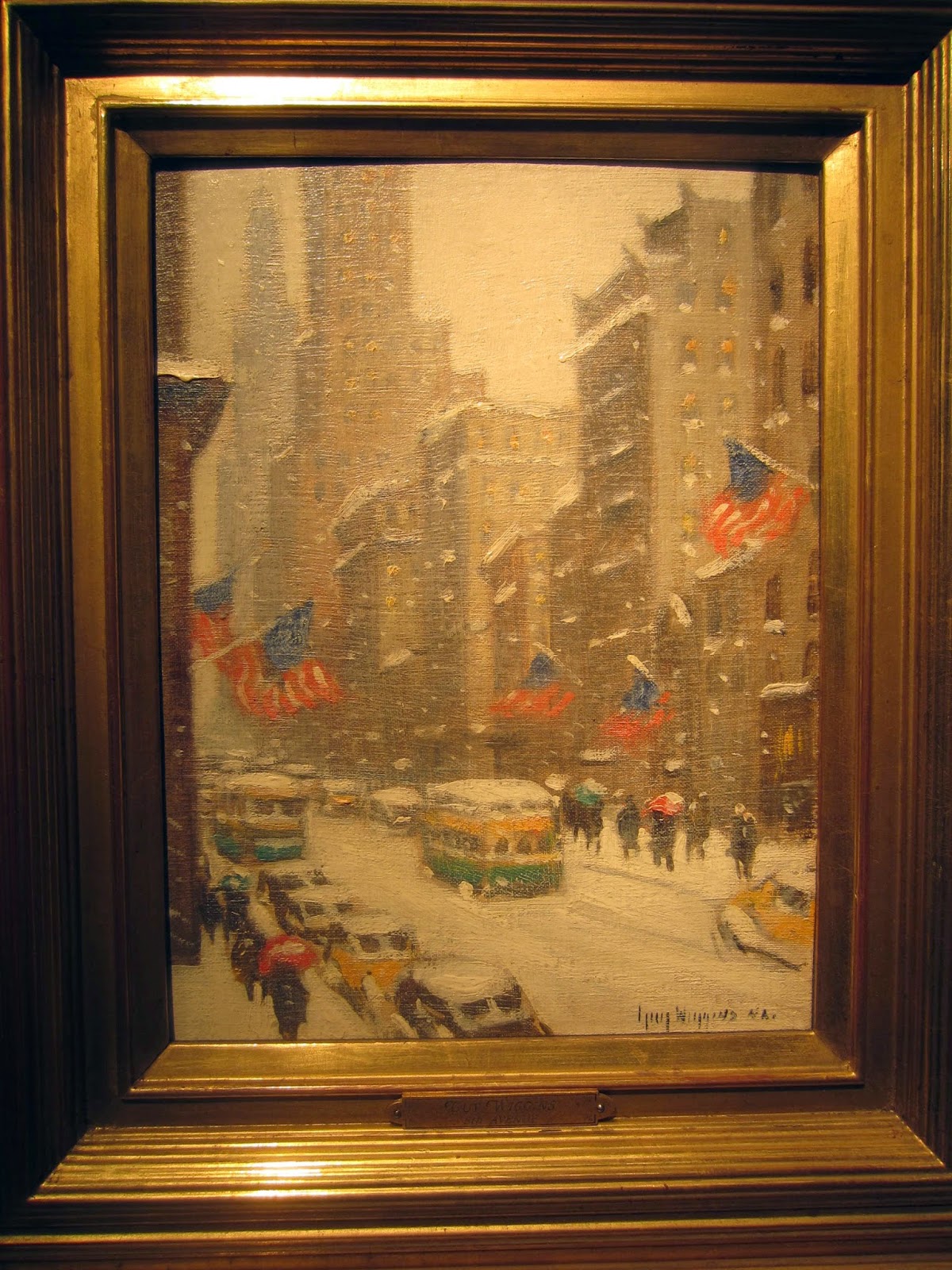 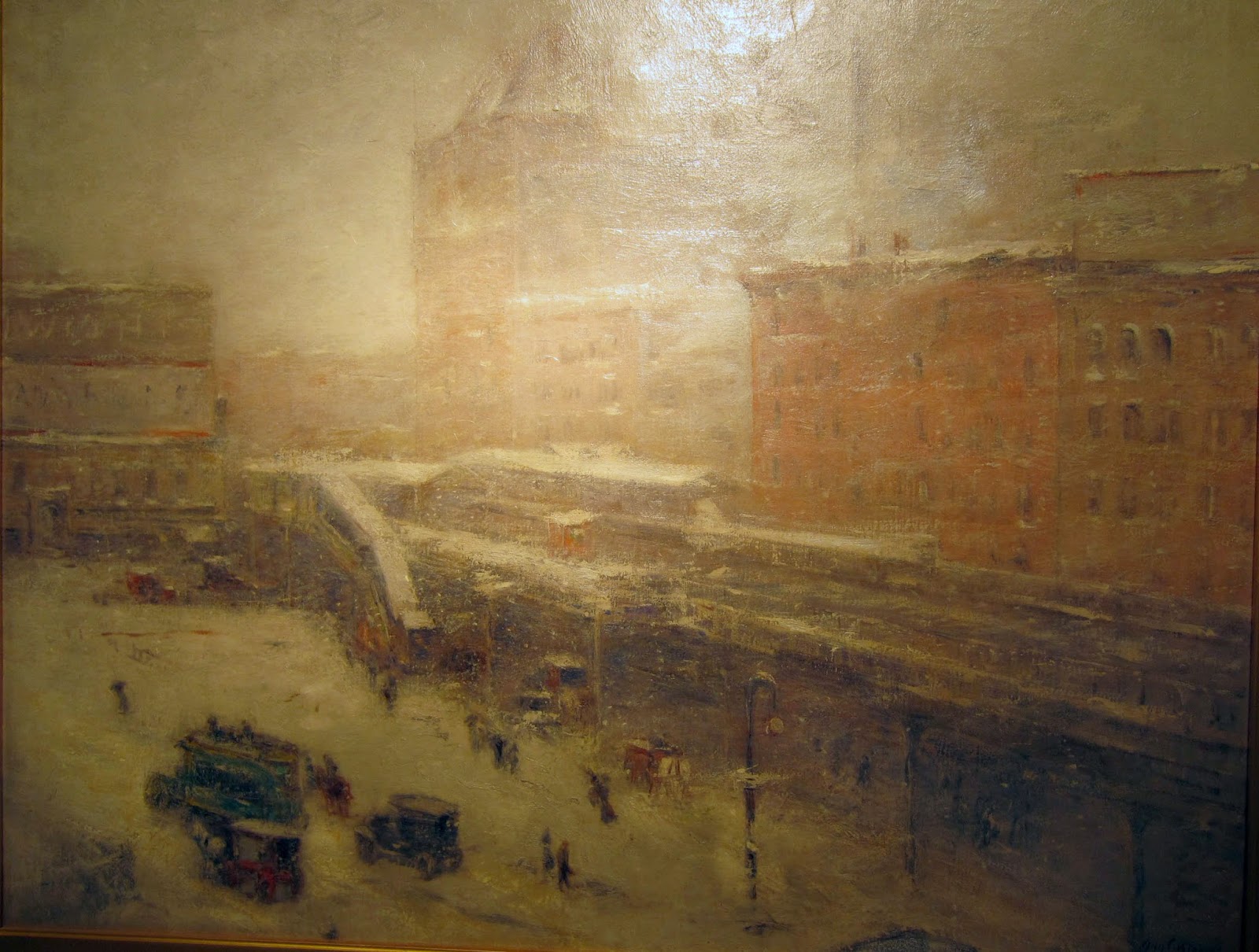 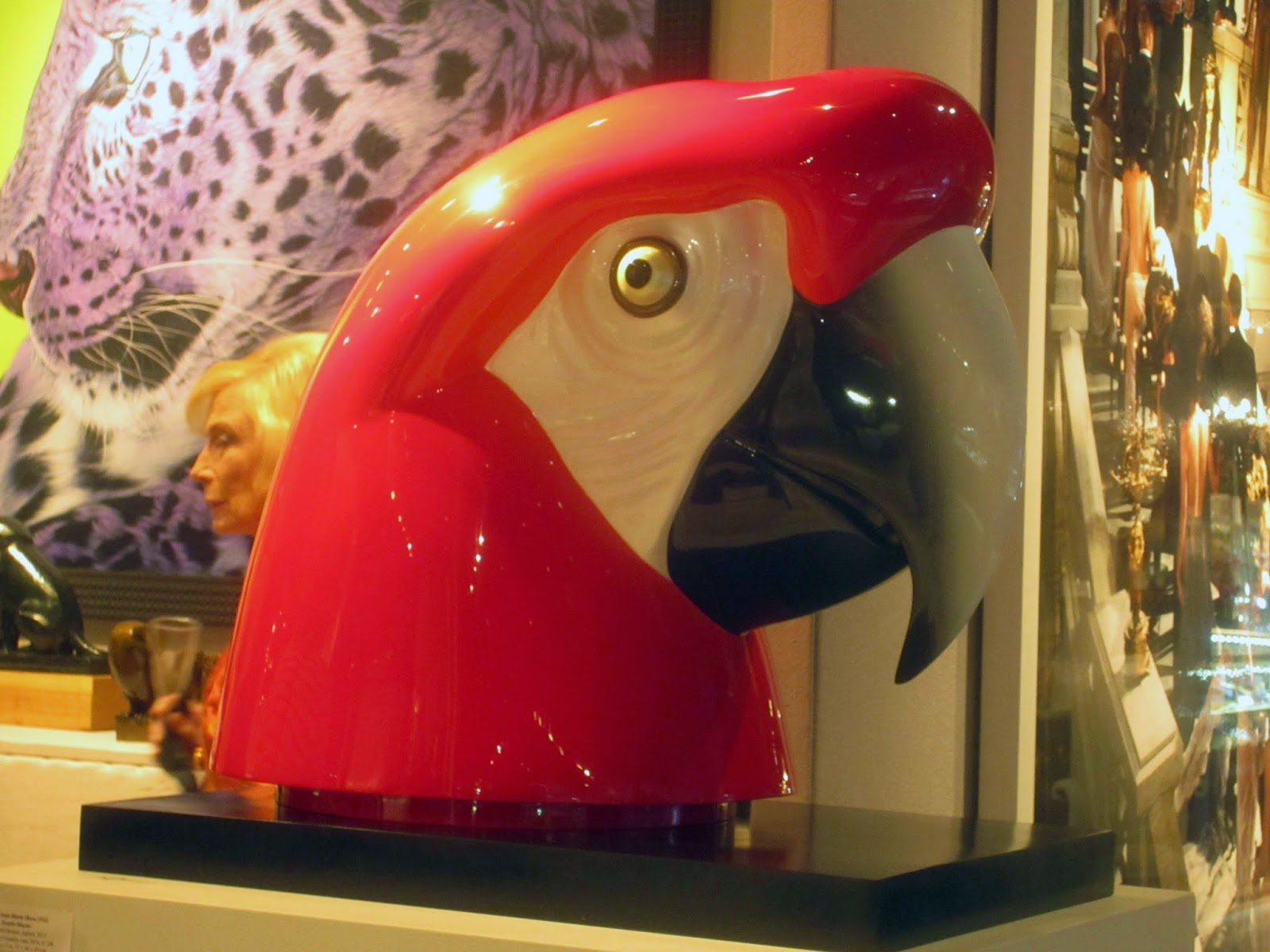 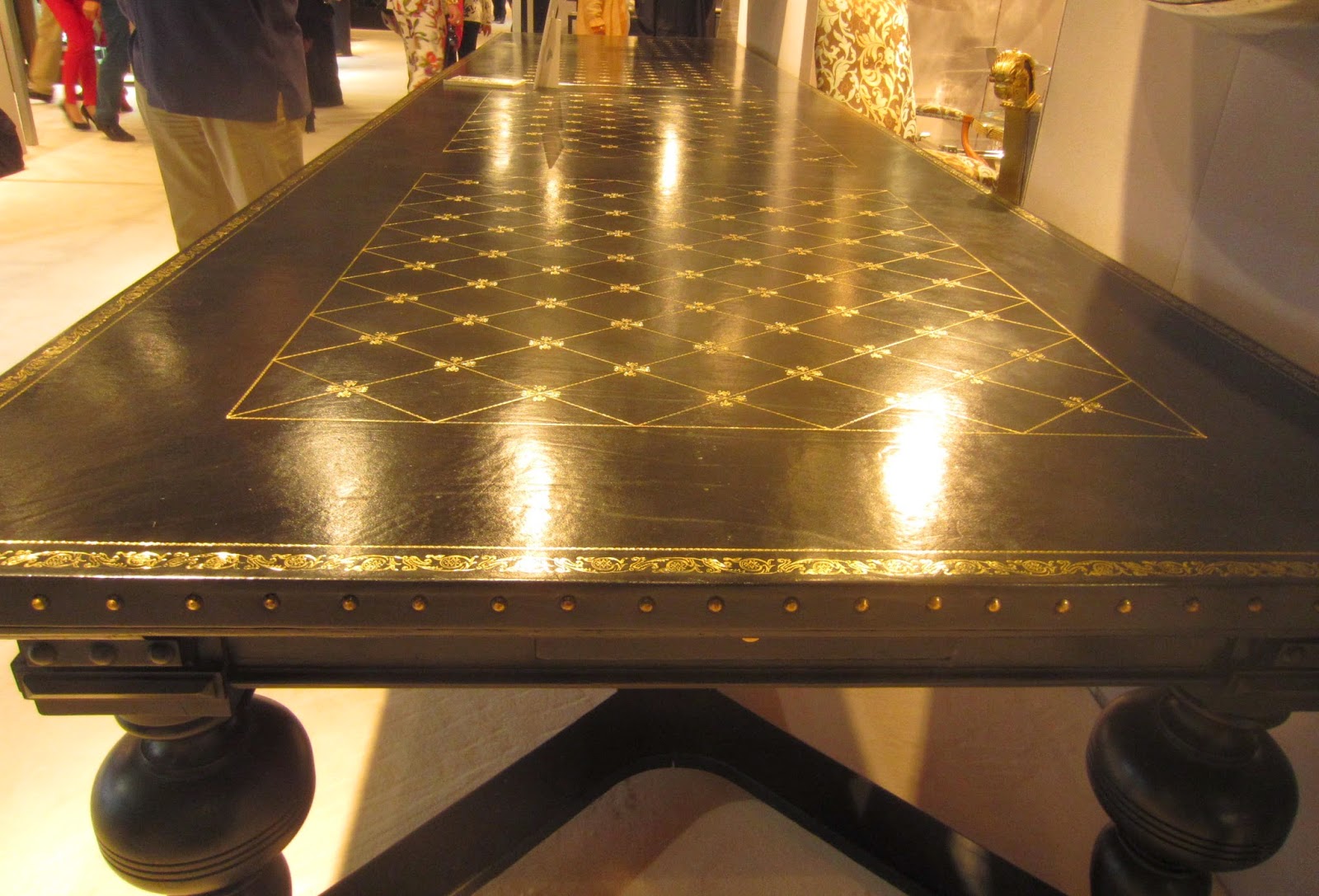 The PBJAAS is a very upscale exhibit and in fact we attended opening night by invitation only, champagne and hors d'oeuvres being extended to all guests as well as some operatic entertainment.  I include this brief video clip of the latter (but it will not play on mobile devices, sorry – it’s all Google’s fault!).

After my three weeks of bachelorhood, I was more than ready to collect Ann at the airport.  I say “collect” as she arrived exhausted. Her challenging trip became a nightmare on her return home as she missed her plane connection in Qatar.   But she’s now home, slowly recovering and I hope to have something to post in the future from her trip.  Plus I need to edit some of her photos, so it may be quite some time before we have anything for posting! 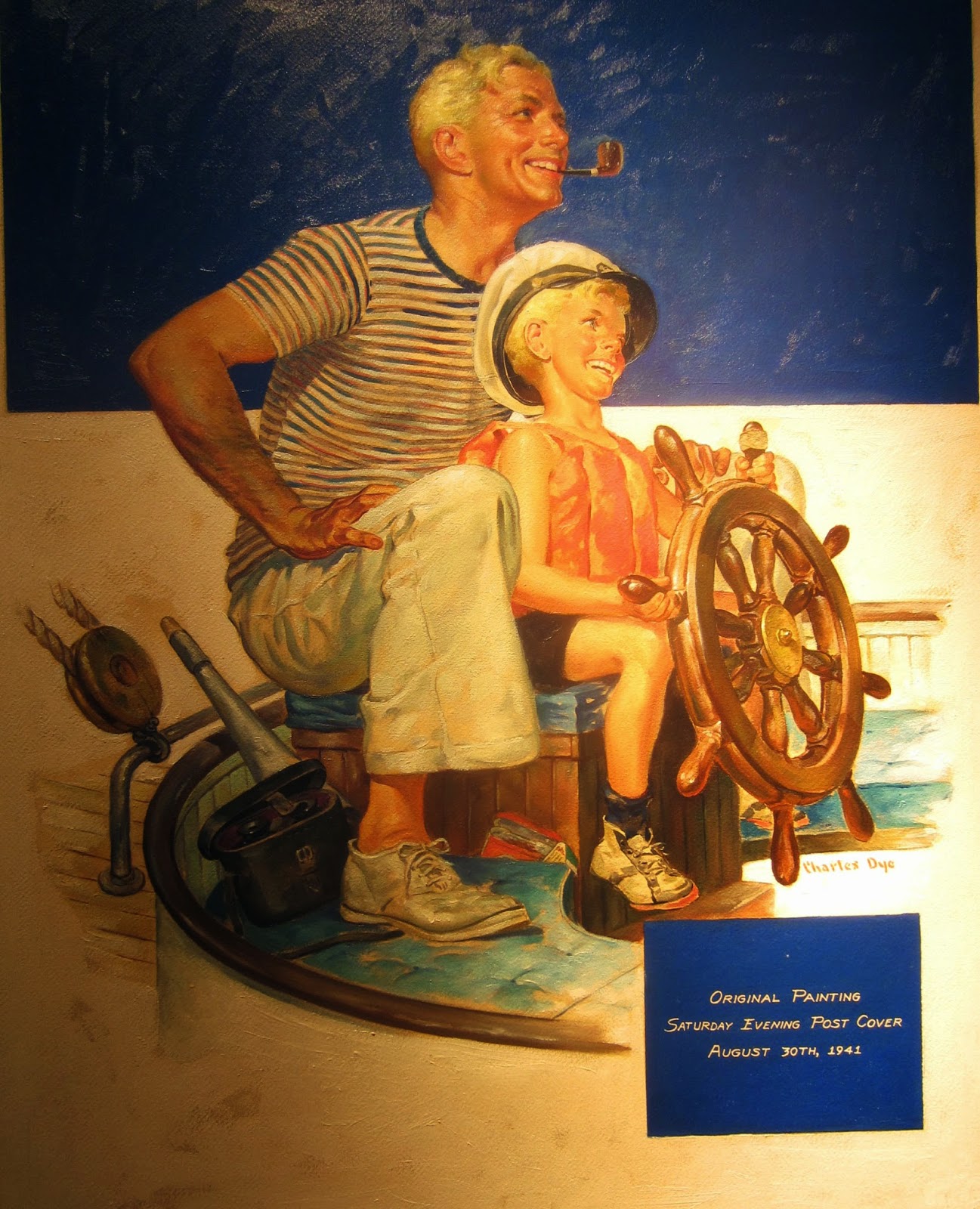