Whither Go Republicans...or Will They Just Wither?

A Guest Editorial by Roger Brickner


My high school teacher from years and years ago, a Republican all his life, expressed his dismay at what has happened to his party in an email to friends, and I have his permission to share it. Roger has studied the American political scene for more than sixty years now, more than 25% of the lifetime of the Union itself.  His observations are truly first hand and astute....

The party wasn't always like that. From 1861-1913 they lost to only one Democrat.  Their major successful policies during that period included, the winning of the Civil War, the ending of slavery, the supremacy of the union, meaning the central federal government, the opening up of western lands to pioneers, both domestic and immigrant (Homestead Act), the opening up of the west by encouraging entrepreneurs to build the infrastructure of the transcontinental railway, the land grants to states to establish free state colleges (Morrill Act), the control of greedy capitalists who sought to take at others expense (Trust Busting), they laid the ground and finally passed the Suffrage Act of 1919 giving women the right to vote, they encouraged Prohibition  as a way to lessen the effects of wife beating.  (not all their efforts succeeded).  Almost all of these measures, including the last two, were opposed  by the Democrats. This was a formula of beliefs which worked for Republicans.  Why has the party of today strayed from these successful principles which spawned their own party?

These are questions about their own party which they must answer. It was a party which combined what was good for America with care and compassion with the people they ruled. Why is it so different today?  Part of it is that their vision is blurred as they do not fully understand the origins of  their own party. Part of it is because policies initiated in the late 1960's moved them away from their roots.  Pres. Nixon's "Southern strategy" worked all too well. For 108 years the SOLID SOUTH  held for the Democratic party.  Since then the South has voted overwhelmingly Republican. What an incredible reversal! It has transformed the Republican party on racial and states' rights policies. It's earlier openness to the needs of a diverse nation has become crabbed and resentful.

Given the ever evolving aspect of America it will become more and more diverse ethnically. We are a nation based on the concept that we are united as a democratic society, not as a nation based on one ethnicity.  We are therefore not a carbon copy of how Europe views itself.  Europe sees itself as countries of a single cultural identity, in spite of their rather unsuccessful attempts to integrate other cultures into their societies.  To illustrate, I ask: "when will England have a Pakistani ethnic become PM, when will the French have an Algerian ethnic become their leader, and when will Germany have a Turkish ethnic become their Chancellor?   Don't hold your breath.

Unless and until the Republican party...the party of my own proud heritage...realize who they are and embraces in its heart ALL Americans, I foresee them becoming like the old Whig party which shunned the issues of the day and allowed the great Republican party to succeed it.

When Abraham Lincoln and Theodore Roosevelt can be found again in Republican circles, they may once again become relevant today. Until that happens those great Republican presidents are better reflected in the Democratic party. 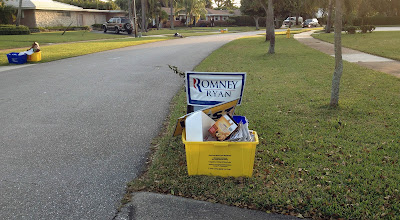