Actually, this is closer to what he meant: "Let the idle poor buy the hand-me-downs of the job creators if they can't afford to pay a 9% national sales tax."

And the non-taxation of used goods is but one feature of Herman Cain's 9-9-9 catchy sounding "plan." Help, I find myself agreeing with Michele Bachmann: "the devil is in the details."

While his 9-9-9 plan is "transparent," it is also transparent that he fails to see it as a regressive tax. It sounds oh-so-fair on the surface, all individuals pay a 9 percent tax on earnings and a 9 percent national sales tax and voila, everything becomes an even playing field. One only has to run an equally simple spreadsheet to see how overwhelmingly regressive such a tax plan would be as at lower income levels, fixed expenses, such as food, shelter, transportation, insurance, health, and, of course, taxes, become 100% of one's earnings. Conversely, even with a national sales tax, very high income tax payers would have even a smaller share of their income taxed unless they spent every discretionary dollar at Tiffany's.

Even if all deductions are removed from the tax code, ones the affluent can more easily access, it is a long way from 9% to the current top 35% marginal rate. And eliminating the 15% capital gains tax is a net gain for those taxpayers. Doing away with the estate tax is another bonanza for the fabulously wealthy (no dispute on my part, though, the estate tax needs reform as outlined here).

Also if Mr. Cain is going to rely on reducing the payroll tax as a bone toss to the middle class, he is ignoring an increasingly large segment of the population -- retired folk who are living on non deferred savings accounts accumulated during their working careers (already subjected to payroll and income tax, and probably at a higher level). They don't get the offset of a reduced payroll tax and in effect this is a means of double taxing and further penalizing savers. And Mr. Cain likes to argue that the removal of the payroll tax is an offset for the average worker that would now have to pay "only" a 9% sales tax, failing to note that half of the 15.3% current payroll tax is presently paid by business.

Overzealous tax reformers advocating a flat tax, or a reduction in income tax, triumphantly use the "growth" card to fill in any revenue shortfall. "Trust me," they are saying, "reduce taxes and the economy will grow to such an extent that everyone will prosper." The "job creators" will work harder.

If, as Cain's supporters contend, the 9-9-9 plan raises as much revenue as the current flawed tax structure, then mostly it is on the backs of working stiffs. And while there are merits in simplifying the tax code, 9-9-9 is not one of them. 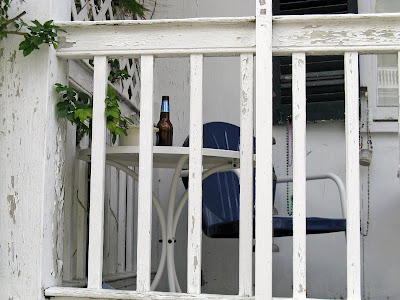