We are hunkered down in a hotel awaiting Hurricane Irene, our boat secured to the best of our ability. So we wait, with our flashlights (as power will inevitably be lost) and enough bread, and peanut butter and jelly to outlast the storm. The storm surge will be the key to our boat’s survival, a sickening feeling having to wait out the next two days and hoping we can return to find minimal damage when the storm finally passes. Meanwhile, it is time to complete an entry concerning Jonathan Tropper which I had started to write before Irene dictated the turmoil of preparing for the storm.

I’m becoming a Jonathan Tropper admirer, a clever and talented writer, with a unique voice, who may deserve to join the company of some of my favorite contemporary American novelists, Richard Russo, Anne Tyler, Russell Banks, Richard Ford, John Irving, E.L. Doctorow, Pat Conroy, and Jonathan Franzen, Ever since John Updike died and as Philip Roth ages, I worry about their understudies, who might fill the shoes of authors dedicated to the craft of writing and the chronicling of American life and The Dream.

I had just finished Russell Bank’s The Reserve, a beautifully written novel but humorless and needed a “pick me up” so I returned to Tropper, having liked his Everything Changes, and was curious whether one of his earlier ones would measure up. I chose The Book of Joe with some hesitancy as it seemed to have all its cultural references to the 1980s, where part of the novel is set, the main characters being in high school and juxtaposed to the same ones today. This is my younger son’s generation, not mine. I’m closer to Updike and Roth’s age, no doubt one of the reasons their writing so resonates with me.

But Tropper deals with such universal truths they transcend generational provincialism, certainly the mark of a good writer. My high school years of the 1950s had the same raw pulsating teenage angst, sexual urgency, and social vulnerability, the very ones portrayed by Tropper at Bush Falls High, their Cougar basketball players revered, and everyone else in a subordinate role. Teenagers can be the most sadistic humans on the face of the earth, something Tropper well understands.

Events concerning my 50th high school reunion brought home the fact that the caste system had hardly changed. It was amazing to me that the long bridge of 50 years hardly mattered. It was back to the clickish high school years as if no time had passed at all.

And Tropper poignantly captures this feeling in The Book of Joe, using Thomas Wolfe’s Look Homeward Angel experience as a very loose outline. Wolfe’s novel outraged the residents of Asheville and had Wolfe returned (actually, there is a fictionalized version of his return written by Asheville native and playwright Sandra Mason which we saw several years ago in Asheville), he, too, would have been vilified as is Tropper’s Joe Goffman who leaves the small fictional town of Bush Falls, CT, somewhere north of New Haven. He writes a novel about the town and it becomes a sensational best-seller, thanks in part to his agent. He tells all in thinly veiled fiction, even his most private sexual fantasies concerning his best friend’s mother. He finally returns 17 years later as his father has had a stroke and he now has to confront his family and former friends and high school hell raisers, the love of his life, and even the mother about whom he had fantasized.

Tropper writes terrifically believable dialogue and it is not surprising that he is also a screenwriter and a couple of his novels are in the process of being adapted for the screen. The Book of Joe is a fast read, poignantly tragicomic. Sometimes his writing reminds me of Joseph Heller’s special gift for ironic humor.

I was surprised by how engaged I was in the world of this thirty-something protagonist, a world more inhabited by my sons, but universal truths never change. 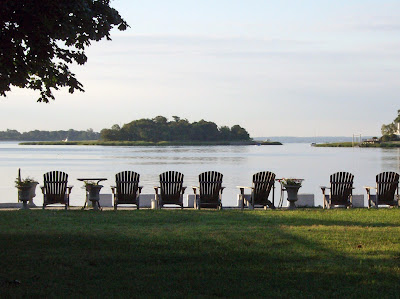