The Financial Crisis Reaches Out to the Arts

The tentacles of the Great Recession and financial malfeasance run deep, as evidenced by the demise of one of the great theaters in the area, Florida Stage. While their move to the Kravis Center this year was a positive development, everything else seemed to be a negative for this local, but well-established theater company, its revenues shrinking because of declining contributions (partly due to the aftershock of the Madoff scandal which hit this geographic area particularly hard), reduced interest income, and changing demographics as well. When we first began subscribing to Florida Stage, more than ten years ago, I remember remarking about the average age of the audience, wondering whether succeeding generations will appear to take their (now our) place. It seems like great theater has taken a back seat to Twitter and Facebook in that regard, Florida Stage's subscription base declining from a peak of 7,000 to now only 2,000 (including our prepaid subscription for next season which now will not be).

Florida State was daring enough to put on many original plays and musicals, not content to take the "easy way" as many theaters do in Florida, serving up the pabulum of Broadway revivals or touring companies as a staple. Of course, it is one thing to be daring during good economic times and strong subscriptions, and another to steer that course when the tide is running against you. I thought this season's offerings could have been stronger, maybe they should have served up a classic play or two to appeal to its audience. Ghost-Writer, I thought, was their best play of the season, with their opening play, Cane , the weakest.

All in all, there have been stronger seasons at Florida Stage, but it is doubtful whether that would have saved the company in face of all its other macro adversities. A really tragic moment for the arts and for the West Palm Beach area.

And this eliminates, still, another venue for new plays, one that I've learned firsthand from experience is fraught with difficulties to produce. More than a year ago I began an adaption of four Raymond Carver short stories into a theatrical work, When We Talk About Carver. Florida Stage was very much on my mind as a possible venue but it took me most of the year to negotiate and secure a formal permission for non-commercial, non-exclusive stage rights (just to show the work) with the Carver estate.

I had thought the success of "Gatz" which is a six hour acted reading of Fitzgerald's The Great Gatsby was an encouraging sign that unabridged adaptations of great literature could make great theatre. As Fitzgerald is to the American novel in the 20th century, Carver is to the American short story, and it is time HIS story and magical power of writing should be dramatically told. Also, interestingly, the new film, Everything Must Go with Will Ferrell was based on Carver's short story “Why Don’t You Dance.” The timing might be right for something more significant by and about Carver.

But without a local theatre that would consider a new work, even one which was essentially written by an established writer of Carver's stature, I now begin a search for a company that is willing to take chances as was Florida Stage.

One can only hope that other such companies can survive these hard economic times, one of the many unintended consequences of putting Wall Street ahead of Main Street (jobs) and failing to address a decade of deficit spending. The closing of Florida Stage is not only a loss for our area, it is a tragedy on a larger scale for the Arts in general. 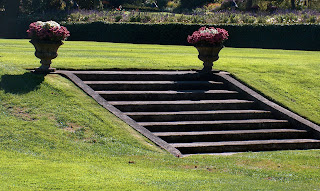