This entry is a redirect to the site of the John Hussman, an academic economist turned mutual fund manager, who takes a long-term perspective and invests accordingly. He has been a frequent critic of the overall bailout strategy arguing that until we clear out bad loans, requiring those who made them to take losses, we are doing nothing more than applying band-aids to wounds that need major suturing.

It is amazing to watch the markets since late 2007 as governments around the world have gone into hock, writing blank checks to the financial sector. This has reengaged investors, driving up markets, and leaving risk-adverse investors with the option of getting no return or being forced into riskier investments. It is as if governments are introducing the same problem as a solution. We all get a sense that there will be serious long-term consequences and perhaps recent developments in Europe are indicative. In the U.S. we have time bombs of Fannie, Freddie, deteriorating state and municipal government finances, Medicare and, now, the economic consequences of an ecological disaster in the Gulf, which will linger for generations. How much longer can difficult, lasting solutions be deferred?

Meanwhile, investors can always follow Dilbert’s Scott Adams’ investment “advice” bearing in mind that in humor there is much truth, although he does carry the disclaimer “not to make investment decisions based on the wisdom of cartoonists.”

Here are some key points Hussman makes in his latest piece:

* The fundamental problem is that we have not, as a global economy, accepted the word "restructuring" into our dialogue. Instead, we have allowed our policy makers to borrow and print extraordinarily large band-aids to temporarily cover an open wound that will not heal until we close the gap. That gap is the difference between the face value of debt securities and the actual cash flows available to service them. The way to close the gap is to restructure the debt. This will require those who made the bad loans to accept the associated losses. By failing to do that, we have failed to address the essential problem faced by the world, which is that we have created more debt than we are able to service.

* When our policy makers insist on defending reckless lenders with public resources, we have to recognize that this is not free money. When the government issues a paper liability for real value, that real value gets directed to the recipient at the expense of countless other activities. Even seemingly costless interventions can be redistributions of wealth. For example, the strategy of dropping short-term interest rates to nearly zero as a way of increasing the interest spread earned by banks has the direct effect of impoverishing savers, very often elderly people who rely on lower risk investments for capital preservation. 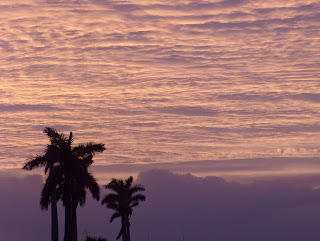