Yesterday’s Palm Beach Post carried an outstanding editorial, putting Obama’s first year into perspective, and I sent a letter to the editor yesterday as well. The timing of each was particularly apt as the editorial appeared the day after Brown’s victory in Massachusetts, a clear wake up call, and my letter pointed out the need to listen more to Paul Volcker if we are going to achieve some real financial reforms and, eureka, today I learned that Obama is going to finally back some of Volcker’s ideas. At long last!

The Post editorial, A clear-eyed look at Obama's first year in office makes many excellent points:
* [He faced] not just an economy on the verge of the deepest recession in 70 years but unrealistically high expectations

* [Although he has had varying degrees of success,] he has stuck to the agenda he touted as a candidate

* The GOP strategy from the start has been to oppose and deceive…Given recent poll numbers Republicans seem to be succeeding with their strategy of opposition and an appeal to ignorance or short memories. Republicans invoke Ronald Reagan. But the Reagan tax cuts — which had bipartisan support — passed Congress in July 1981, and unemployment kept rising for 18 months. It was 7.2 percent when Mr. Reagan took office and peaked at 10.8 percent, the postwar high, before coming down.

* The worst aspect of the last year has been the spillover of illegitimate criticism from the campaign. It is the criticism — most of it on the Internet and talk TV and radio — that attacks Barack Obama as less of a person, less of a patriot and thus undeserving of the presidency….Out of this rage comes the bizarre call to "take back our country" from where it supposedly has drifted in just 365 days.

* We’d like to take back the country, too, but we'd like to take it back from a media/political culture that lives only in the moment

* The problems that Mr. Obama inherited were caused by Democrats and Republicans, Wall Streeters and Main Streeters. If some Americans just are waking up to the fact that we're spending beyond our means, their previous silence makes them partners in crime. It was fanciful to think that Barack Obama could change in one year the Washington that for decades has resisted institutional change. It also is ridiculous to think that somehow he has ruined the country in one year. We are back from the brink of one disaster but far from real economic recovery.

* Mr. Obama deserves decent marks, but he can do a lot better. That's what new presidents have the rest of their term to accomplish. An impatient America must wait longer to truly judge Barack Obama.


My January 20 letter in response follows. If it appears in the newspaper, it will be in a truncated form, so here is the full-blown version…

How appropriate that your excellent editorial should appear the day after Scott Brown’s victory in Massachusetts. How sadly ironic, and ominous, that Ted Kennedy’s seat should go to one who opposes the very programs his predecessor would have supported.
Your editorial sprinkles some reality dust on the whole matter, reminding us that even though we, and especially the Republicans, have deified Reagan, he too had first year shortcomings not unlike President Obama. And how quickly we forget (or the media helps us forget) that today’s economic and foreign policy problems are ones the present administration mostly inherited. And as you say, we are all complicit in the matter. Only a few years ago many Americans thought they were living the good life, using their homes as piggy banks to finance excess. We were once a nation which once relied on the production of real things, but became focused on “paper asset” appreciation.

Nonetheless, the clarion call of the Massachusetts election does underscore some serious weaknesses of the Obama administration, most notably, in my opinion, the failure to achieve real banking reform. Yes, we needed first to rescue the entire financial system, but we continue to sacrifice Main Street at the altar of Wall Street and people are angry. Who truly believes the economic crisis is solved rather than being merely postponed? This issue becomes conflated with others like healthcare, the anger simply spilling over from one to the other.

Interestingly, Obama had enlisted Paul Volcker, who helped rescue our financial system in the early 1980’s, in his campaign and once elected exiled him to the minor post of chairman of the newly formed Economic Recovery Advisory Board. He has been calling for sweeping banking reform measures such as bringing back some of the best points of the Glass-Steagall Act separating investment and commercial banking, arguing that the best way to avoid “too big to fail” is make them so they are not too big and consigning riskier financial activities to hedge funds to which society could say: "If you fail, fail. I'm not going to help you. Your stock is gone, creditors are at risk, but no one else is affected."

Instead, the Obama administration has engaged in political rhetoric on this issue, like taxing banks and criticizing bank bonuses (although indeed they are outrageous). We need a new economic morality and that is what the Obama administration has failed to address, certainly deserving as high a priority as healthcare, and has failed to heed Paul Volcker’s sage-like advice.

On a more serene note…. 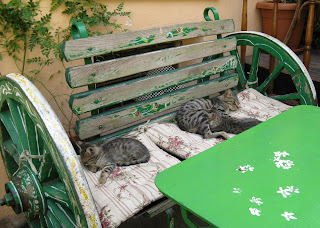