And I use the word “texture” in photographs in its broadest sense, extending to composition. Light, shadows, contrasting gradations in scenes, sometimes provide the illusion of a three dimensional picture, or the passage of time, things wearing away, a rusty object or an abandoned place, the shape of flowers in the light of the day, glaciers receding to bedrock, things just evolving. Look at these long enough and they seem to take on a life of their own, even though they are merely two dimensional and fixed. 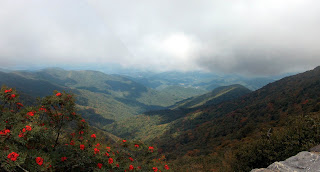 The 469 mile long Blue Ridge Parkway is probably one of the most scenic roads in America. Striking mountain views are to be seen from its various rest stops. 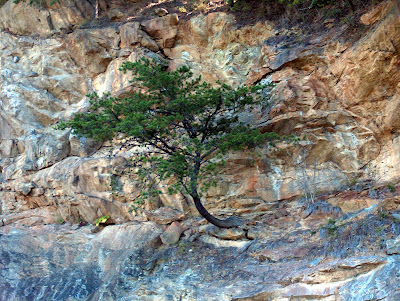 Mile after mile there are the metamorphic rock formations, including this one, which could pass for a Bonsai plant, nature “imitating” art. 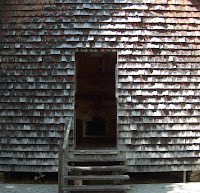 Also, from the Carolina’s are these two photographs, one from the first School of Forestry, a minimalist photograph of the shingle structure, the stark door and simple steps. The other is the Historic Grove Park Inn in Asheville, built from the granite boulders of Sunset Mountain. 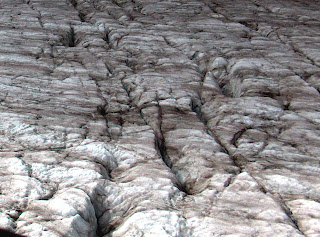 When we were in Alaska we helicoptered to the Denver Glacier, and hiked on this magnificent 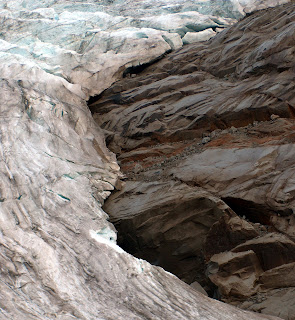 but receding bulwark. As we were hovering a few dozen feet over our landing site, it felt as if we could have been in a lunar landing vehicle. 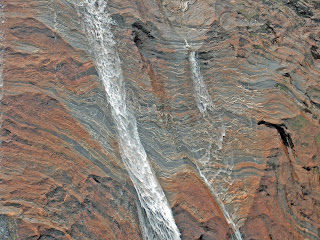 Glaciers are constantly moving and calving, the colors and 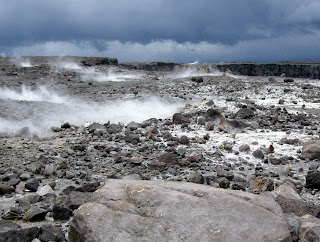 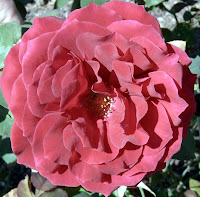 These flowers were photographed at the Butchart Gardens in Greater Victoria on Vancouver Island and the Botanical Gardens at Asheville, NC. 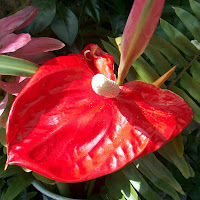 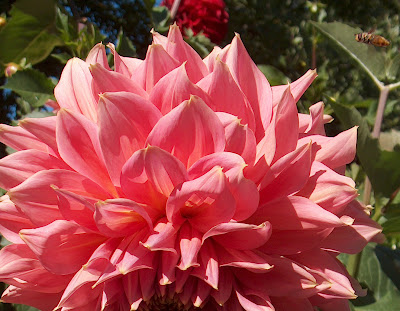 Note the bee in the upper right corner of this photograph.

Green iguanas are now considered an invasive species in South Florida. One visited our dock, the sun highlighting the texture of its row of spines along its back, its finger/claws, and powerful body. 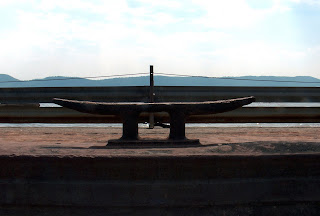 From the vertical lines of a rusty cleat on an old barge that is now a breakwater for a marina on the Hudson River, to the disarray of an old service office at a marina, things wearing away. 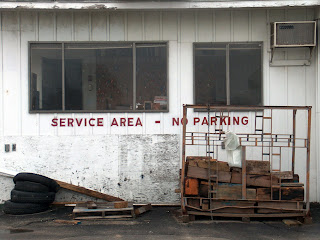 A Chihuly glass sculpture and the 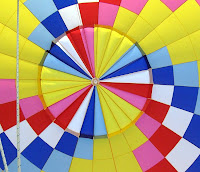 mosaic of the inside of a hot air balloon display an array of colors.
Posted by Bob at 9:05 AM